In March 2020, the Federal Reserve had to step in to save the mutual funds, which seem safe until there’s a crisis. Regulation may be coming. 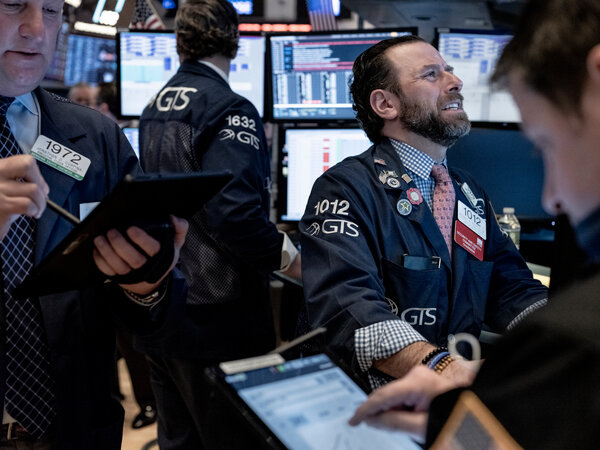 The Federal Reserve swooped in to save money market mutual funds for the second time in 12 years in March 2020, exposing regulatory shortfalls that persisted even after the 2008 financial crisis. Now, the savings vehicles could be headed for a more serious overhaul.

The Securities and Exchange Commission in February requested comment on a government report that singled out money market funds as a financial vulnerability — an important first step toward revamping the investment vehicles, which households and corporations alike use to eke out higher returns on their cashlike savings.

Treasury Secretary Janet L. Yellen has repeatedly suggested that the funds need to be fixed, and authorities in the United States and around the world have agreed that they were an important part of what went wrong when markets melted down a year ago.

The reason: The funds, which contain a wide variety of holdings like short-term corporate debt and municipal debt, are deeply interlinked with the broader financial system. Consumers expect to get their cash back rapidly in times of trouble. In March last year, the funds helped push the financial system closer to a collapse as they dumped their holdings in an effort to return cash to nervous investors.

“Last March, we saw evidence of how these vulnerabilities” in financial players that aren’t traditional banks “can take the existing stress in the financial system and amplify it,” Ms. Yellen said last month at her first Financial Stability Oversight Council meeting as Treasury secretary. “It is encouraging that regulators are considering substantive reform options for money market mutual funds, and I support the S.E.C.’s efforts to strengthen short-term funding markets.”

But there are questions about whether the political will to overhaul the fragile investments will be up to the complicated task. Regulators were aware that efforts to fix vulnerabilities in money funds had fallen short after the 2008 financial crisis, but industry lobbying prevented more aggressive action. And this time, the push will not be riding on a wave of popular anger toward Wall Street. Much of the public may be unaware that the financial system tiptoed on the brink of disaster in 2020, because swift Fed actions averted protracted pain.

Division lines are already forming, based on comments provided to the S.E.C. The industry used its submissions to dispute the depth of problems and warn against hasty action. At least one firm argued that the money market funds in question didn’t actually experience runs in March 2020. Those in favor of changes argued that something must be done to prevent an inevitable and costly repeat.