Marks and Spencer (M&S) has revealed a £1bn plan of action to help it battle coronavirus crisis challenges following a slump in annual profits.

The retailer, which has struggled to revive its fortunes over many years resulting in relegation from the FTSE 100 last year, said it had embraced a new way of working as COVID-19 struck in a world that would “never be the same again”.

It outlined a string of actions to manage cash and save costs as its troubled Clothing and Home division drove a 21% fall in annual trading profits for the year to 28 March to £403.1m. 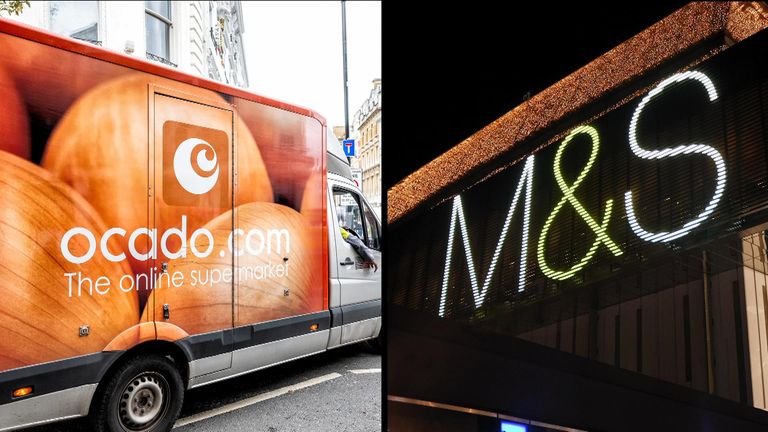 M&S revealed one-off costs of £335.9m with £212.8m of that sum blamed on costs and stock write downs related to pandemic disruption.

The company said its £1bn of actions included £500m of planned cost reductions and an acceleration in the “re-shaping” of its stores.

The 2019/20 financial year was crucial as M&S closed dozens of under-performing stores and invested in digital systems to refocus its customer offering as it adapted to new ways of working as the lockdown began in March.

Chief executive Steve Rowe told investors the crisis had accelerated the pace of change in how people shopped – and M&S must adjust too as it prepares to begin its crucial online grocery delivery partnership with Ocado in late summer. He said: “Last year’s results reflect a year of substantial progress and change including the transformative investment in Ocado Retail, out-performance in food and some green shoots in clothing in the second half.

“However, they now seem like ancient history as the trauma of the Covid crisis has galvanised our colleagues to secure the future of the business.

“Whilst some customer habits will return to normal, others have changed forever, the trend towards digital has been accelerated, and changes to the shape of the high street brought forward.

“Most importantly working habits have been transformed and we have discovered we can work in a faster, leaner, more effective way.

“I am determined to act now to capture this and deliver a renewed, more agile business in a world that will never be the same again.”