It’s a different kind of holiday season — a defining one — for the Neiman Marcus Group.

Those fantasy gifts, a holiday tradition at Neiman’s for more than 60 years, are back, but the character of the array and the general message behind the program are unlike past years. They’re still extravagant, but not quite so fantastically priced.

Within the fourth-quarter assortment overall, according to executives, a large percentage of the inventory is “buy-now-wear-now.” There’s less spring fashion, which heretofore would have surfaced in stores and online during the holiday selling season. And there’s a greater emphasis on items and categories such as electronics and epicure that lend themselves to gifts. To that end, Neiman’s has introduced “gift lounges” in its stores.

“The gift lounges have a collection of great gifts and products we don’t usually carry — electronics, epicure, holiday sweaters, decor, a lot of things for the home,” Geoffroy van Raemdonck, chief executive officer of the Neiman Marcus Group, told WWD. “There is one gifting lounge in each store, each organized by our merchant team [in Dallas], and our local teams because they know the customers best.” The gift lounge assortments must have an element of surprise, van Raemdonck noted.

Neiman’s has “gifting advisers” this season, a variation of Neiman’s stylists equipped with technology tools to sell better, online and off-line, and have more information on clients and their purchasing histories. They all communicate with customers via video calls, e-mail, text, chat, or in-store, as well as with product photos, to help customers make selections. Neiman’s has added an online “gift finder quiz” asking shoppers who they are buying gifts for and how much they want to spend. Based on the responses, Neiman’s sends out “curated” gift recommendations.

In addition, Neiman’s has a calendar of virtual events with designers. “We’ve created a lot of special moments for customers where they can hear from top designers,” said van Raemdonck. “Brunello Cucinelli really shared his vision of the world and his philosophy of what the holidays mean, and Wes Gordon [creative director] of Carolina Herrera literally shared the story of his new horse and how life continues” amid the pandemic. Other designers, such as Victoria Beckham, have or will make online appearances. “These online meetings become extremely personal,” with designers revealing what’s on their mind, van Raemdonck said.

The 2020 holiday season is a major test for Neiman’s and van Raemdonck’s strategy to transform the retailer into what he calls a “luxury customer platform” with new types of services and products — fashion and nonfashion — so Neiman Marcus Group is no longer considered primarily a department store business with the Neiman’s chain and the two Bergdorf Goodman stores. The strategy seeks to sharpen the focus on digital selling, full-price selling, personalization, use of data, and to make the shopping experience easier for customers and more on their terms. Van Raemdonck said the assortment is adapting to reflect shifts in consumer demands spurred by the pandemic and changing lifestyles. 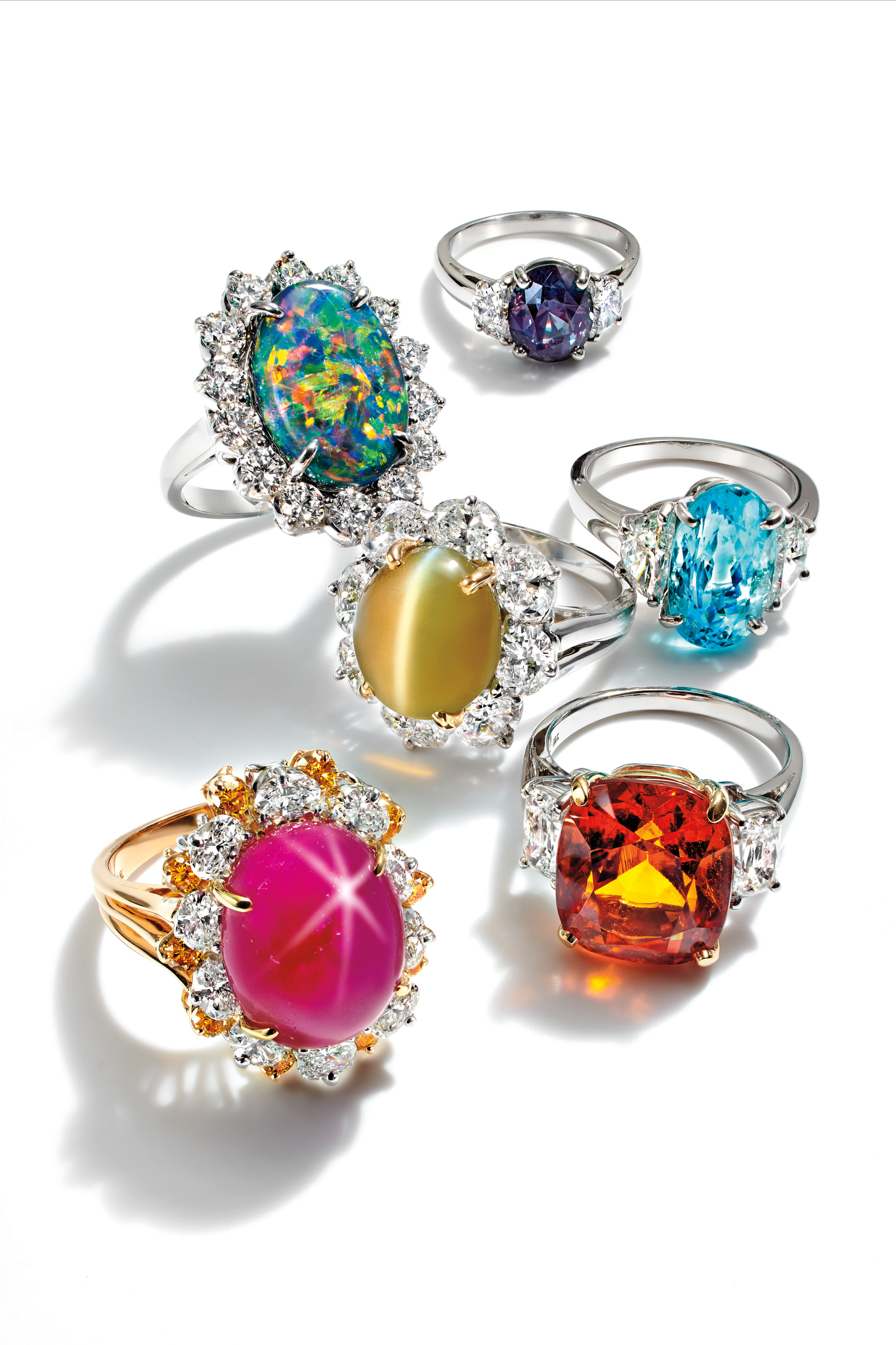 Exotic rings with gems from Oscar Heyman are among Neiman’s fantasy gifts. Courtesy of Neiman Marcus

Neiman’s filed for Chapter 11 reorganization on May 7 this year and emerged from the bankruptcy proceedings on Sept. 25. The retailer is now debt-free, under different ownership and has new life.

Yet emerging from bankruptcy is no guarantee of long-term survival. It’s widely believed that Neiman’s still has a place in the retail landscape but needs to further modernize, gain relevance and streamline its store count  while maintaining the high service levels for which it’s known. About 10 stores have been targeted for permanent closure, including the Neiman’s Manhattan flagship in Hudson Yards, which already closed for good, and Neiman’s streamlined its headcount to 9,000, from approximately 12,000 earlier this year. There’s still lingering talk of a possible merger between Neiman’s and Saks Fifth Avenue, owned by Hudson’s Bay Co. Inc., though no deal is close.

In the wake of the bankruptcy, winning back the support of designers and luxury brands, some of whom are pulling back from wholesaling, has been crucial for NMG’s survival. Neiman’s had to reach settlements on pre-bankruptcy orders, and had the debtor-in-possession financing to keep ordering. During the pandemic, Neiman’s and other “nonessential” retailers canceled or put orders on hold because stores were temporarily closed, and consequently, vendors had to adjust production. Certain fall goods, normally received well before the onset of fall and cooler weather, arrived in-season.

During the bankruptcy, “We always had the right level of deliveries,” van Raemdonck told WWD. “We have the inventory we need.”

Van Raemdonck said Neiman’s has continued to work with brands to hold back deliveries, generally 30 to 45 days later than in past years. “Often we’d bring in a lot of spring during holiday. Spring 2021 will come later and will give more life to ‘wear now.’” That could also lead to greater full-price selling since products won’t be in-store or online for as long.

“The bulk of spring will literally arrive in February, March and into April. Normally, spring would start in early December and ramp up in January and February,” van Raemdonck said. Deliveries adjusting to buy now, wear now, “I think it will be a permanent.”

Through its 113-year history, Neiman’s, with its luxury, high-price image, has not been as aggressive in its holiday campaigning as Macy’s or other retailers, though for the last several years the company has expanded its holiday assortment to include inexpensive products like candles or honey-dipped spoons.

Neiman’s fantasy gifts certainly add excitement and some distinction to the season, though this year they are not as over-the-top as in past years. None are priced in seven figures, like the $7.1 million, 74-foot, Serenity solar-powered yacht offered in 2018, but they’re still extravagant, priced in the five- or six-figure zone.

For those ready to splurge, the 2020 fantasy gifts are:

• A Bowlus bespoke RV trailer with yacht-grade finishes and a state-of-the-art electrical system to remain off-grid from Los Angeles to Miami and back on a single charge, priced $255,000.

• A five-night escape for six to Montage Healdsburg including a meeting with vintner Jesse Katz, and 12 months of wine curated by Katz, with a one-of-a-kind gold Coravin wine system, priced at $215,000.

• Five nights for six at the Sheldon Chalet Mountain House in Alaska with a private chef, a glacier exploration and meeting with Robert Sheldon, son of pilot Don Sheldon, who discovered the remote location, for $345,000.

• Jonathan Adler transforms a room in your home into a game room with hand-beaded art piece, decor and games, for $145,000.

“Fantasy gifts is an amazing marketing campaign,” said van Raemdonck. “This year, we’ve made them a lot about experiences. It’s all about you and your loved one experiencing something special. The gifts are themed around discovery, a sense of adventure and taking care of your mind or body.…None are in the seven figures, but it’s not price that drives what we offer as fantasy gifts.”

With each fantasy gift purchased, $5,000 to $10,000 in donations are made to The Heart of Neiman Marcus Foundation, supporting Boys & Girls Clubs of America.

The fantasy gifts are among the more than 400 gifts featured in Neiman’s 2020 Christmas Book, which emphasizes the importance of this year being home for the holidays and has a broad range of categories and price points, including Missoni throws priced $450; the La Mer Genaissance Collection, priced $1,235; Versace men’s robes and slippers, priced $750 and $150, respectively, as well as Atelier Cologne candles, $59; a trio of Tula eye balm, $68, and Bedhead dog pajamas, $27.

Regarding what’s selling best at Neiman’s, the ceo cited a continued demand for shoes and handbags, in particular fashion-forward sneakers, designer T-shirts and men’s designer products, though there’s less demand for “occasion-based categories.”

For holiday overall, “We readjusted the whole approach to reflect the environment of 2020 during the pandemic,” van Raemdonck said. “We have brought in newness in gifting and more investment in different categories. We’ve made a lot of investment in things you can enjoy — epicure, and really beautiful comfortable clothes for at home.” 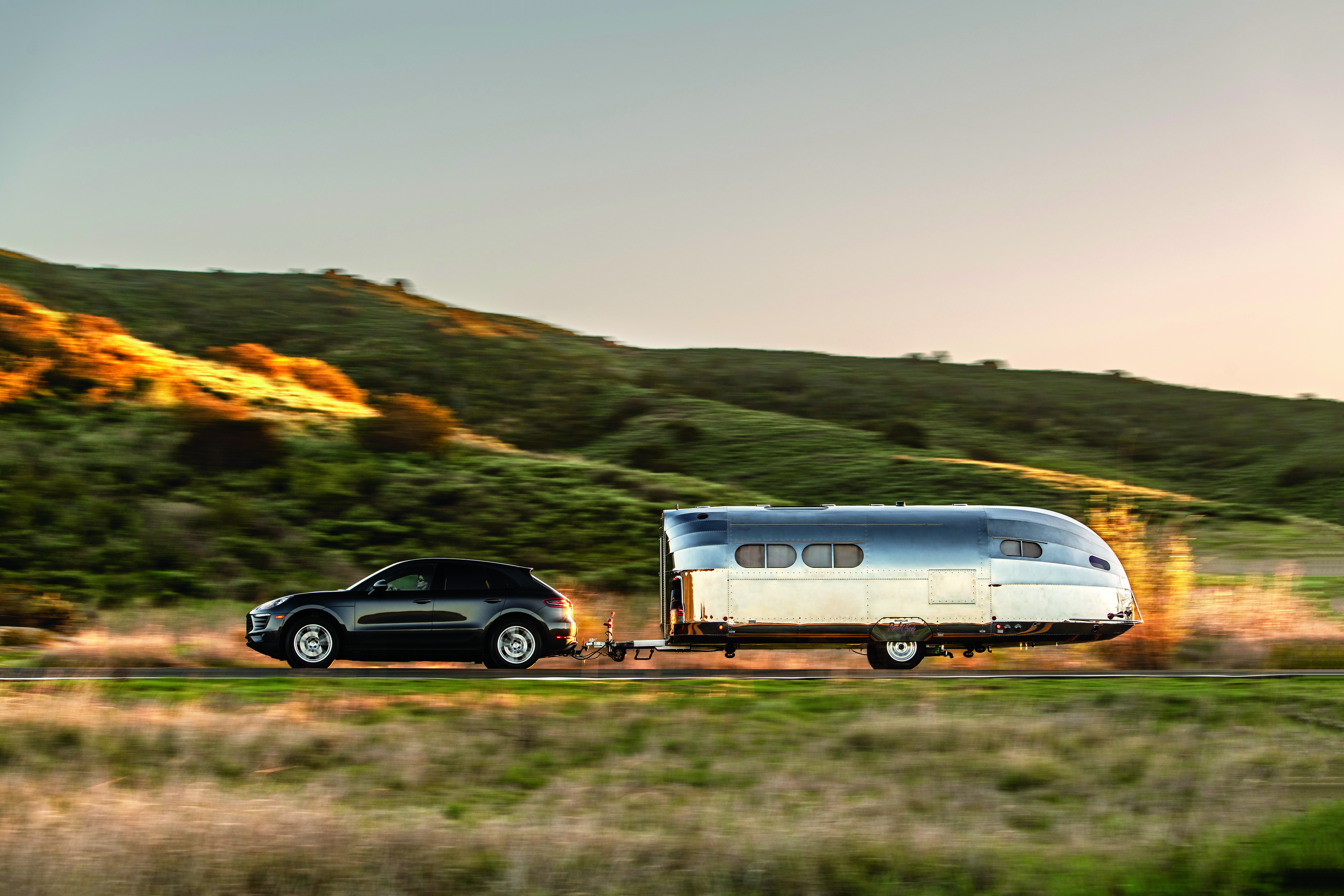