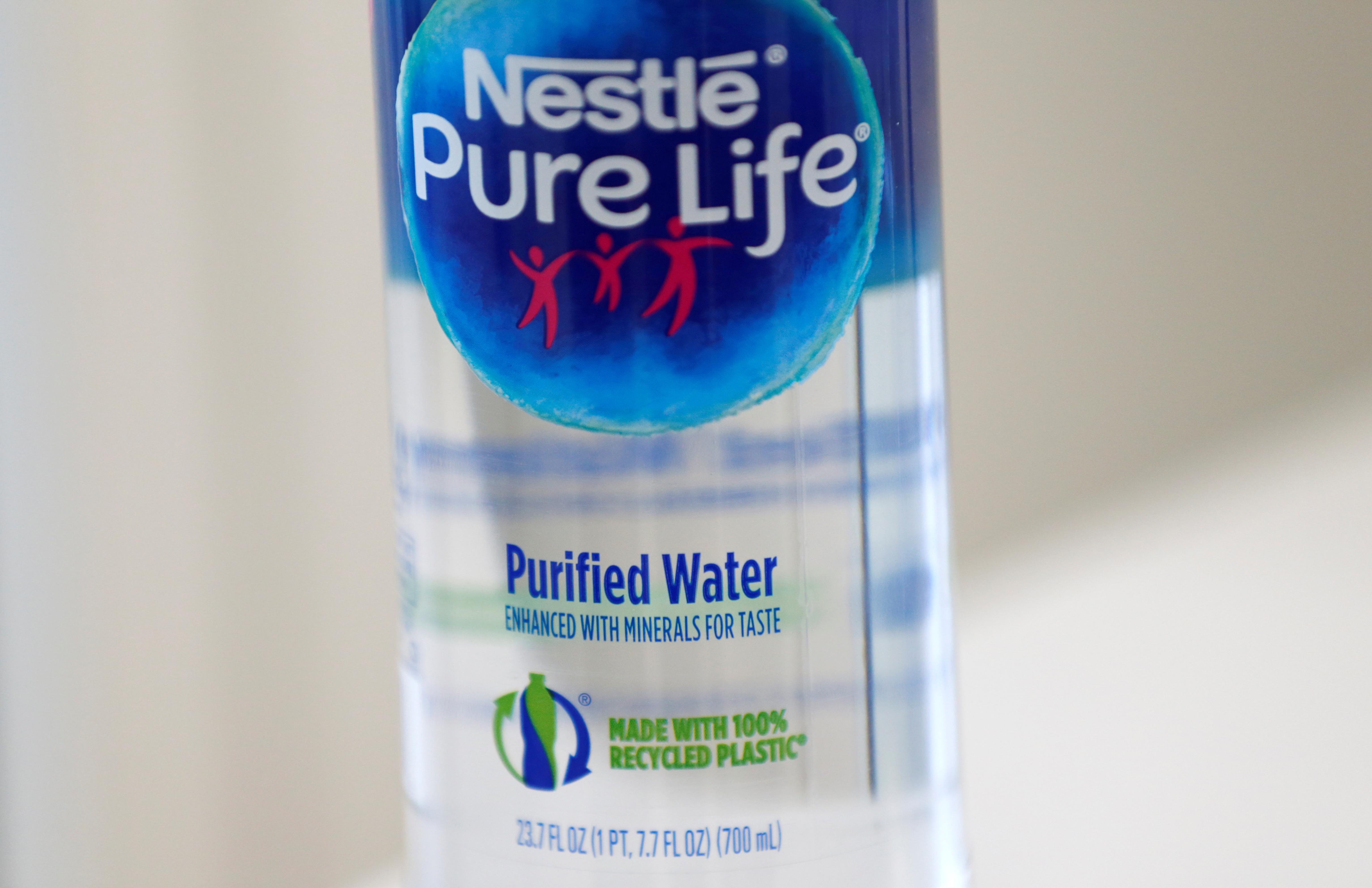 ZURICH (Reuters) – Food giant Nestle (NESN.S) said it is exploring a potential sale of part of its North American water business, including its well-known Pure Life brand, as it moves to focus on the better performing brands in its water division.

Nestle’s water business, which generated sales of 7.8 billion Swiss francs ($8.3 billion) and growth of just 0.2% last year, has been underperforming for years, leading the group to announce an overhaul of the division last year.

In a statement on Thursday it said it was expecting to conclude a strategic review of the regional spring water brands, purified water business and beverage delivery service at its Nestle Waters North America unit by early 2021 after deciding they were not main areas of focus.

It said the business, excluding international brands, had sales of around 3.4 billion francs in 2019.

Strategic acquisitions were also an option to grow in this category, it added.

Nestle has been trying for some time to revive sales in the United States, where it has lagged rivals such as PepsiCo (PEP.O), LaCroix (FIZZ.O) and Coca-Cola (KO.N) in the sparkling and flavoured water market.