Want this delivered to your inbox each day? Sign up here.

Shortly after Jeffrey Epstein was arrested last year on sex-trafficking charges, Leon Black, Apollo’s billionaire C.E.O., was asked about his decades-long ties with the financier. Mr. Black played it down, but The Times reports that the two had a far deeper relationship than previously known, in which Mr. Black paid tens of millions to Mr. Epstein over a decade.

Among The Times’s findings:

• A company that owned Mr. Black’s yacht wired $22.5 million in 2017 to a company that managed Mr. Epstein’s private jet, a transfer that raised questions at Deutsche Bank.

• That same Black-controlled company donated $10 million in 2015 to a charitable foundation created by Mr. Epstein.

• Mr. Epstein received several million dollars from another Black-controlled company that the Apollo chief used to buy much of his billion-dollar art collection.

• Mr. Black donated at least $5 million to Harvard professors, a process facilitated by staff members for Mr. Epstein (who himself had been blocked by Harvard following his 2008 guilty plea in Florida to a sexual crime charge involving a minor).

Over all, Mr. Black may have paid Mr. Epstein as much as $75 million, sources told The Times. Those fees help explain how Mr. Epstein amassed an estate worth more than $600 million in the years after his most lucrative client, Les Wexner, had cut him off.

The disclosures are a headache for Apollo. Mr. Black’s spokeswoman said that Mr. Epstein never did work for the $414 billion investment firm, but investors may raise questions about Mr. Black’s previous comments downplaying his Epstein ties all the same. 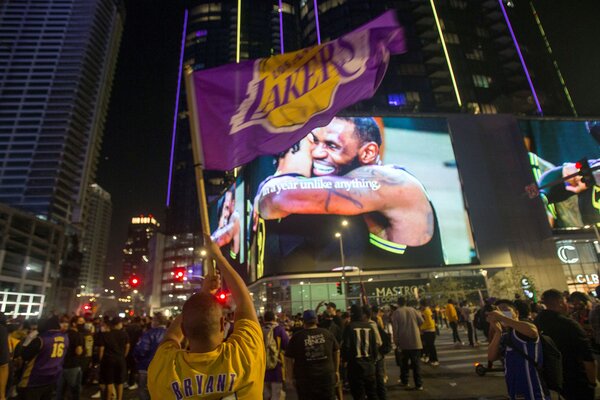 Paul Milgrom and Robert Wilson win this year’s Nobel in economics. The Stanford economists study auction theory, and helped design new auction formats for things that are difficult to sell in the traditional way, like radio frequencies, discoveries that are “of great benefit to society,” the prize committee said.

Microsoft shows more flexibility on remote working. The company said that it will let most employees do more work remotely, some permanently, when it reopens its offices. (The tech giant’s C.E.O., Satya Nadella, had previously expressed skepticism about all-remote environments.) Tech companies embracing hybrid office models are facing challenges on how much fully remote workers should be paid when they move from high-cost West Coast cities.

Regeneron’s C.E.O. says President Trump’s endorsement doesn’t help much. Leonard Schleifer told CBS’s “Face the Nation” that Mr. Trump’s treatment with the company’s experimental antibody cocktail is a “case of one” and needs further study in clinical trials. The president has touted the drug as a “cure” and promised such treatments will be made widely available, but here’s reason to be skeptical of that claim.

The Bank of England asks banks if they’re ready for negative interest rates. The central bank’s queries follow a recent announcement that it was weighing cutting rates to below zero to help bolster Britain’s economy. But officials emphasize that they have not made up their mind on whether to take such a drastic step.

The L.A. Lakers’ championship caps the N.B.A.’s season in the bubble. The victory not only means another trophy for the Lakers and for LeBron James, but it also signals a successful end to a season with strict coronavirus protections, played without spectators in a sealed facility at Disney World. In other sports, the N.F.L. was forced to reschedule more games this week after positive Covid tests.

Keeping up with the stimulus saga

The gap between the Democrats’ proposed $2.2 trillion relief package and the White House’s $1.8 trillion offer may look relatively small, in the grand scheme of things. But an agreement on the aid that many say is needed to keep the economic recovery on track seems as remote as it was a week ago, when President Trump called off negotiations, despite frenzied talks in the days since.

Oct. 6: “I have instructed my representatives to stop negotiating until after the election,” Mr. Trump tweeted. A few hours later, he said he was willing to sign stand-alone bills that would finance stimulus checks, small-business loans and airline aid. Jay Powell, the Fed chair, warned of “tragic” consequences if no stimulus was forthcoming. The S&P 500 fell 1.4 percent.

Oct. 8: Analysts start pricing in better odds of a deal getting done. The S&P rose 0.8 percent.

Oct. 9: “Covid Relief Negotiations are moving along. Go Big!” Mr. Trump tweeted. He said he was inclined to be more generous than either Democrats or Republicans, but Mitch McConnell, the Senate Majority Leader, said a deal was “unlikely in the next three weeks.” No matter: the S&P rose 0.9 percent, ending a tumultuous week with a gain of around 4 percent.

Oct. 10: Ms. Pelosi wrote a letter calling Republican proposals “insufficient,” although she remained “hopeful” that a deal could be struck. For their part, some Senate Republicans complained that a big spending package could cost them seats among fiscally conservative voters.

Oct. 11: The White House chief of staff, Mark Meadows, and Treasury Secretary Steven Mnuchin wrote to lawmakers urging them to “come together and immediately vote on a bill,” tapping unused funds from the first round of stimulus. Ms. Pelosi wrote another letter saying that talks were at an “impasse,” with disagreements over the nature of the aid rather than the size of the bill. On Fox News, Mr. Trump said “Republicans want to do it” and blamed Ms. Pelosi for the stalemate.

Oct. 12: At the time of writing, stock futures are up 0.4 percent. Hope springs eternal.

Where the stimulus still flows

As lawmakers wrangle over a new economic aid package, measures from the first pandemic relief bill, the CARES Act, are mostly talked about in the past tense: checks were sent to households, small-business rescue loans have been written and extra unemployment insurance has expired. But corporate tax breaks in the CARES Act continue to flow, and will for years in their current state.

Losses become gains. Among other things, the CARES Act allows losses from 2018, 2019 and 2020 to offset taxes in the previous five years. That means that companies can get refunds for the years before the 2017 tax cut, based in part on losses incurred before the pandemic. And those losses can also be applied, in full, to future years, relaxing a rule that limited this practice to reduce the cost of 2017 tax cut.

• The technicalities are dizzying even for the experts, said San Jose State University’s graduate tax program director, Annette Nellen, who trains corporate accountants on how they work. But she told DealBook that the provisions mostly benefit a small subset of companies. The Washington Post reports that energy companies have been particularly big beneficiaries, and the same goes for real estate groups. It also makes acquiring companies to harvest their tax losses more attractive.

The state of play. The Joint Committee on Taxation estimated that the loss carryback provision of the CARES Act would cost $25 billion over 10 years, or about 5 percent of the bill’s net effect. There are larger aspects of the stimulus efforts that are at the center of the current negotiations, but business tax breaks are also up for debate. And since The Times’s revelations of President Trump’s extensive use of corporate losses to reduce his tax bill, the spotlight on these breaks has become brighter, one of the many bones of contention between the parties trying to hash out a deal.

• Democrats seeking to renew stimulus measure in recent months have sought to repeal the loss carrybacks in the CARES Act. Representative Lloyd Doggett, Democrat of Texas, co-sponsored a bill to undo the business tax provisions in the original stimulus and target new breaks at smaller firms. “Aware that this is the same type of loss carryback provision Trump has exploited, his Republican enablers continue resisting repeal,” he told DealBook.

As companies try to bolster diversity and inclusion plans following social justice protests, they are reaching out to Black employees for help. “For many Black professionals,” Jennifer Miller writes for The Times, “the experience of being asked — or even required — to lead or participate in a company’s diversity and inclusion work simply because of their race is an uncomfortable ritual.”

“They’re looking at me as a Black woman, which means I’m automatically equipped to deliver diversity, equity and inclusion,” said Deana Jean of a recent approach she received on LinkedIn. She is a leadership coach, but not in that area, and declined the request. When she asked whether the company was looking for a sales consultant, there was no reply.

• Such requests can undermine inclusion efforts they are supposed to promote, imposing personal discomfort and the emotionally taxing work on people who aren’t trained to take it on. “To assume that every Black person has the skills and desire and knowledge for this work is tokenization,” said Michelle Kim of Awaken, a consulting firm that specializes in diversity, equity and inclusion. These and other firms are ready to help companies run programs the right way, with training and advice on setting boundaries and expectations for all involved.

🛍 Amazon Prime Day, postponed from its usual time in July, takes place on Tuesday and Wednesday. The online retailer’s rivals, including Best Buy, Target and Walmart, are holding similar sales events this week in an effort to limit in-store crowds and encourage shoppers to get their holiday purchases in well before Black Friday.

📱 Apple will unveil its latest series of iPhones on Tuesday, promising the first major redesign in years and 5G capability.

💰 Third-quarter earnings season kicks off this week, and all eyes will be on the banks. The Fed has expressed worry about the health of the financial system without fresh stimulus, which will be the main talking point when bank chiefs present their latest results: JPMorgan and Citigroup are first up on Tuesday, followed by Bank of America, Goldman Sachs and Wells Fargo on Wednesday and Morgan Stanley on Thursday.

🗣 Other companies reporting earnings include the airlines Delta on Tuesday and United on Thursday, which will face questions about how deep they might downsize without extra government cash; the health care groups Johnson & Johnson on Tuesday and UnitedHealth on Wednesday, with updates on the progress of Covid treatments; and the French luxury giant LVMH on Thursday, with news of its court battle to get out of the deal to buy Tiffany.

• Richard Branson’s Virgin Orbit satellite business is seeking to raise up to $200 million, at a $1 billion valuation. (WSJ)

• The parent company of the Boston Red Sox and Liverpool soccer club is in talks to sell a stake to the RedBall Acquisition SPAC. (Bloomberg)

• A record surge of money is flooding to Democratic candidates trying to take control of the Senate. (NYT)

• Over 200 companies, special-interest groups and foreign governments have patronized President Trump’s properties while reaping benefits from him and his administration. (NYT)

• European regulators are drawing up a “hit list” of big tech companies that will be subject to stricter rules to curb their market power. (FT)

• “The Digital Divide Starts With a Laptop Shortage” (NYT)

• James Murdoch opens up to The Times’s Maureen Dowd: He left the family empire because of disagreements over Fox News, and never watched “Succession.” (NYT)

• One benefit of the pandemic, some executives say, is more family time. (NYT)

• “Everybody Wants a Chief of Staff, Even When They Don’t Know Why” (Protocol)