A deal that would reshape the American newspaper industry has run into complications just one month after an agreement was reached, according to three people with knowledge of the matter. As a result, the New York hedge fund Alden Global Capital may have to fend off a new suitor for Tribune Publishing, the chain that owns major metropolitan dailies across the country, including The Chicago Tribune, The Daily News and The Baltimore Sun, the people said.

On Feb. 16, Alden, the largest shareholder in Tribune Publishing, with a 32 percent stake, reached an agreement to buy the rest of the chain in a deal that valued the company at $630 million. In the deal, Alden would take ownership of all the Tribune Publishing papers — and then spin off The Sun and two smaller Maryland papers at a price of $65 million to a nonprofit organization controlled by the Maryland hotel magnate Stewart W. Bainum Jr.

In recent days, Mr. Bainum and Alden have found themselves at loggerheads over details of the operating agreements that would be in effect as the Maryland papers transitioned from one owner to another, the people said. In response, Mr. Bainum has taken a preliminary step toward making a bid for all of Tribune Publishing, the people said.

Mr. Bainum has asked the Tribune Publishing special committee, a group made up of three independent board members, for permission to be released from a nondisclosure agreement prohibiting him from discussing the deal, so that he would be able to pursue partners for a new bid, the people said.

Alden has invested in the newspaper business for more than a decade. It owns around 60 dailies, including The Denver Post and The San Jose Mercury News, through a subsidiary, MediaNews Group. Its deal to acquire the rest of Tribune Publishing would make it an even greater force in the news media industry, by some measures the second-largest newspaper company after Gannett, the company that publishes one-fifith of all American newspapers, including USA Today.

Journalists have criticized Alden for deep cost-cutting at its newspapers, often through laying off journalists and shrinking its local news coverage. Over the last year, journalists at several Tribune papers have led public campaigns urging local benefactors to buy the newspapers that employ them so that they would not fall under the hedge fund’s control. Alden maintains that it is the rare company that keeps local newspapers from going out of business. 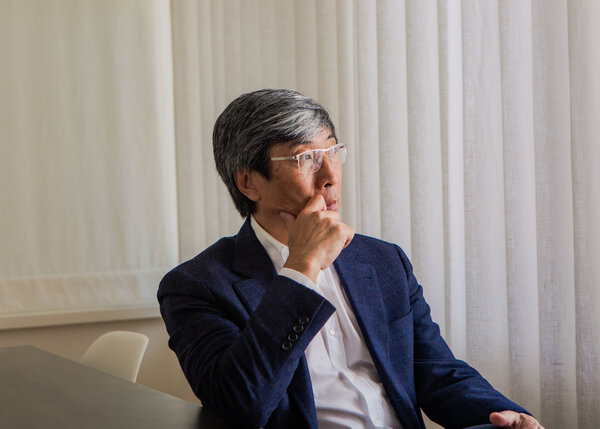 The Alden-Tribune deal requires the approval of the shareholders who own the roughly two-thirds of Tribune Publishing stock not owned by Alden. The largest holder of those shares, with a nearly 25 percent overall stake, is Patrick Soon-Shiong, the biotech billionaire who owns The Los Angeles Times with his wife, Michele B. Chan. Dr. Soon-Shiong, who owns enough of Tribune Publishing to veto the deal himself, has declined to comment on the agreement between Alden and Tribune. He did not immediately reply to a request for comment.

If Mr. Bainum manages to reach an agreement to buy Tribune, he would be likely to seek local owners for its other newspapers, which also include The Hartford Courant, The Orlando Sentinel and The South Florida Sun Sentinel, the people said.

Two of the people said Mr. Bainum, who resides in a Maryland suburb of Washington, was prepared to put up $100 million for a bid and then seek additional investments from others. Since 1997 Mr. Bainum has been the chairman of Choice Hotels, a multibillion-dollar public company that owns the Comfort Inn, Quality Inn and MainStay Suites brands, a company that grew out of his father’s business.

Alden has sought full ownership of Tribune Publishing since 2019, when it revealed that it had bought its 32 percent stake. Last year, it failed to reach an agreement to buy the rest of the company with a bid that valued the total company at $520 million.

Tribune announced last month that it held $99 million in cash at the end of 2020. It also announced in December the sale of a majority-owned subsidiary for $160 million.