Premier League chairman Gary Hoffman has confirmed plans to step down after 18 months in the job.

Sky News revealed on Tuesday how Mr Hoffman, a business heavyweight who helped keep Northern Rock alive after its nationalisation during the 2008 financial crisis, had come under pressure to quit after a backlash from clubs over the league’s handling of the Saudi-led takeover of Newcastle United.

Mr Hoffman took on the chairmanship of the Premier League in June 2020, prior to the resumption of top-flight fixtures that had been delayed by the first UK-wide coronavirus lockdown.

He said in a statement on Wednesday: “It has been a privilege to lead the Premier League through the last two seasons – when the spirit of English football has been more important than ever. 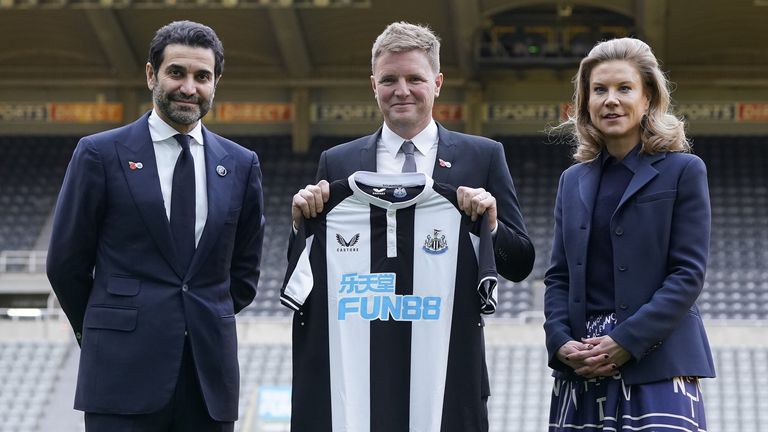 “Now, I have decided the time is right for me to stand aside to allow new leadership to steer the League through its next exciting phase.”

His looming departure comes at a sensitive time for English football, with a wide-ranging review overseen by the former sports minister, Tracey Crouch, expected to be published next week.

The report will recommend the establishment of IREF (the Independent Regulator for English Football), which will assume new powers to regulate the ownership and governance of professional clubs.

Mr Hoffman’s stiffest test came in April this year when six English clubs confirmed that they had signed a bombshell agreement to join a new European Super League (ESL).

The project imploded in less than 48 hours amid a torrent of criticism from fans, politicians and football administrators including the Premier League.

A statement from the league on Wednesday said: “The Premier League is grateful to Gary for his committed service.

“He has led the League during the most challenging period in its history and leaves it in a stronger position than ever.

The process of appointing a new Chair will begin immediately.”