LONDON (Reuters) – The rapid rally in world markets finally paused for breath on Thursday, as traders waited to hear how much more stimulus the European Central Bank plans to shovel out to address the coronavirus slump. 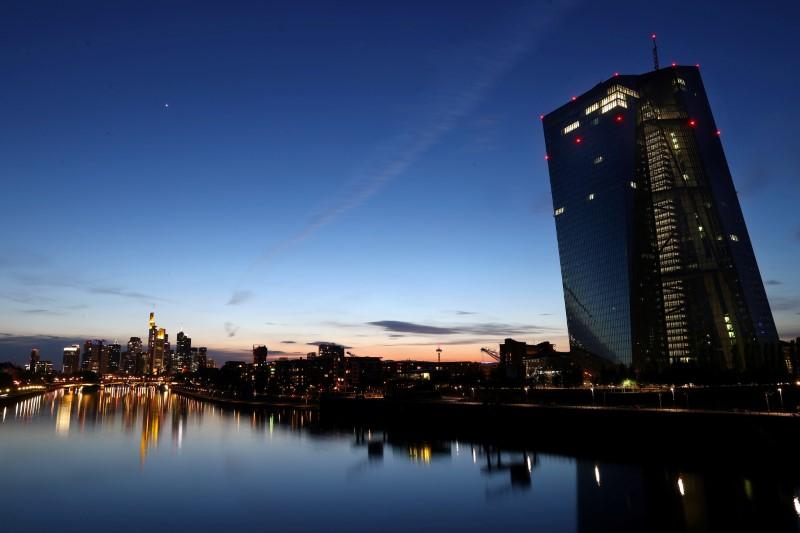 The ECB is expected to pump in another 250-500 billion euros for the cause, but after weeks of sharp gains for stocks, oil and confidence-sensitive currencies, investors were taking the chance to lock in some profit.

Asian stocks stalled at a two-month high, London, Frankfurt, Paris and Brent dipped and the euro, pound and Aussie dollar all wilted as the U.S. dollar snapped out of week-long run of falls.

“As always, it’s become an asymmetric risk with the ECB,” said Gilles Moëc, chief economist of AXA Group, who was waiting to see how much new bond buying stimulus the bank signals and the length of time that it plans to do it.

“If they move (to provide immediate stimulus) it is partly priced in. If they don’t move it is going to be really bad,” for markets, he added.

The ECB delivers its policy decision at 1145 GMT and its President, Christine Lagarde, holds a news conference at 1230 GMT.

Moëc expects the bank to raise “the quantum” of bond purchases by 400 billion euros, from 750 billion to 1.1 trillion, though polls show forecasts range from 250 billion to 500 billion.

Safe-haven German 10-year bond yields were hovering at their highest since mid-April at -0.35%, while their Italian equivalents were at 1.57% compared to the 3% hit at the height of the country’s coronavirus woes in March.

The yield on the benchmark U.S. Treasury 10-year eased slightly after a 6 bps rise on Wednesday to 0.77%. It was the largest one day rise in rates since May 18, and the highest closing level since April 14.

The dollar rose around 0.3% against a basket of currencies, having weakened as markets have grown more optimistic about the post-COVID 19 recovery and following widespread protests in the U.S. over the death of a black man in police custody.

The U.S. currency began strengthening in overnight trading but picked up more sharply from around 0600 GMT. It pushed the euro back below $1.12 and the Japanese yen to a two-month low of 109.150.

Riskier currencies fell too. The Australian dollar dropped as much as 0.5% to $0.6884 after retail sales there suffered a historic plunge. Shares had gained though after the country’s prime minister unveiled its fourth stimulus package.

Hong Kong’s stock market was still hobbled by concerns about Beijing’s new national security law for the former British colony and protests in the city’s legislature over a separate bill related to China’s national anthem.

Chinese airline shares also drooped after U.S. President Donald Trump’s administration said on Wednesday it will bar Chinese passenger carriers from flying to the United States from June 16 in latest spat between the two countries.

Oil prices, which have been on a tear in recent weeks, also dipped as doubts about supply cuts by major producers began to creep back in.