Royal Dutch Shell has cut its dividend for the first time since World War Two following the collapse in global oil demand due to the coronavirus pandemic.

The energy giant also suspended the next tranche of its share buyback programme.

He said Shell was taking “further prudent steps to bolster our resilience” and “underpin the strength of our balance sheet”.

Global demand for oil has all but dried up as lockdowns across the world have kept people inside.

As a result, oil firms have resorted to renting tankers to store the surplus supply 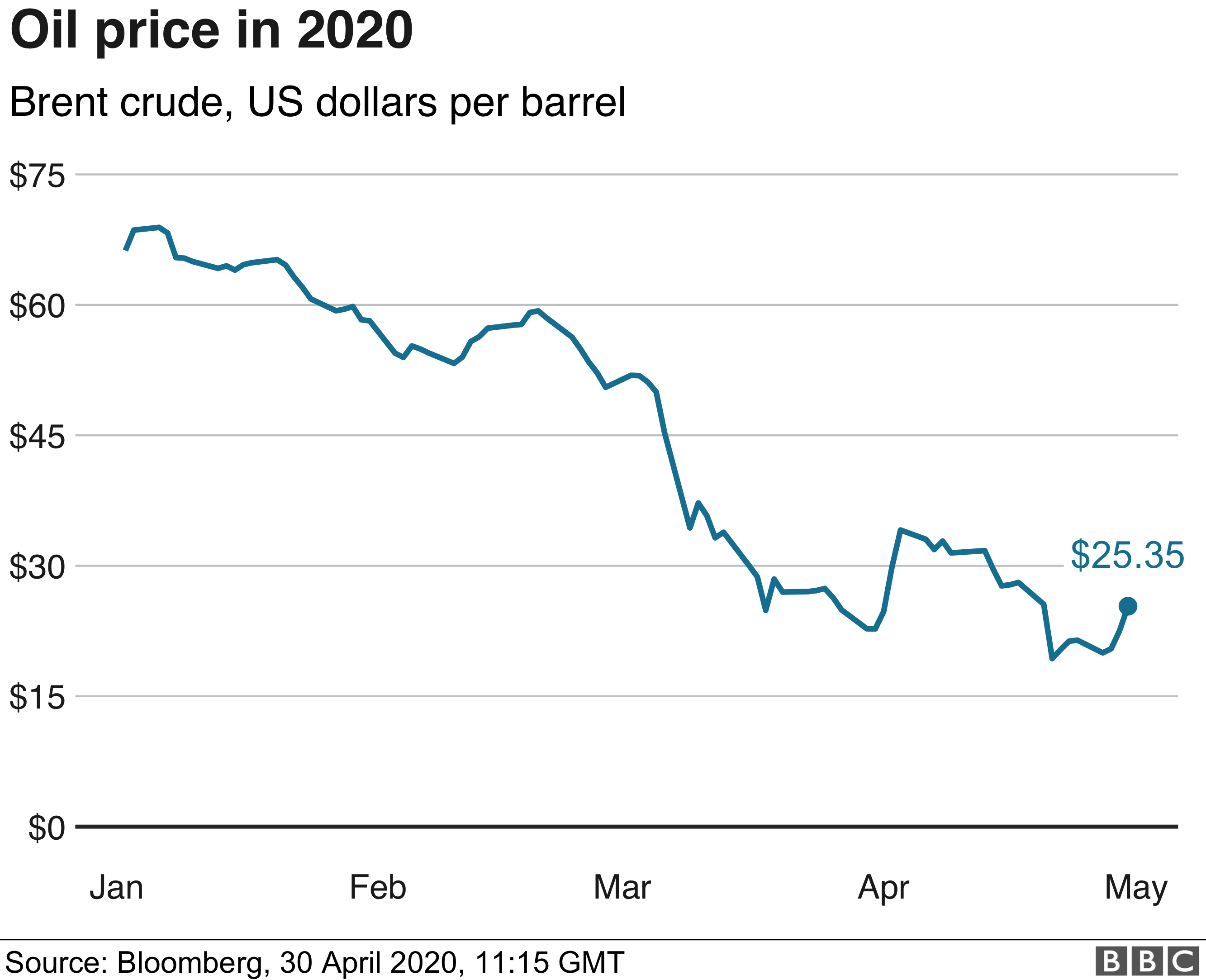 Earlier this month, a technicality of the global oil market temporarily pushed prices into negative territory.

Shell is cutting its quarterly dividend by two-thirds, from 47 cents to 16 cents, starting in the first quarter of this year.

The company said it had also cut activity at its refining business by up to 40% in response to the sharp fall in demand for oil.

Earlier this week, rival oil giant BP said its first quarter profit had dived by two thirds and warned it was facing an “exceptional level of uncertainty”, but it maintained its dividend.

The collapse in the oil price has given Shell the perfect opportunity to do something it’s been wanting to do for years.

Cutting the dividend for the first time in 80 years will give the company some much-needed wiggle room.

The company debt has ballooned from $1bn in 2005 to $73bn today. During that same period, it’s paid out $153bn in dividends and spent $48bn buying back its own shares. That could not go on.

Also, it is in the process of trying to turn itself away from being thought of as an oil and gas company into an environmentally-conscious energy company.

It may be painful for pension funds, but this moment gives the company the cover it needs to change direction. BP may be kicking itself it didn’t do the same earlier this week.

Russ Mould, investment director at AJ Bell, said: “Shell’s decision to reduce its dividend is devastating to investors across the country, as so many people own its shares directly or through their pension as an important source of income.

“Investors risk putting money into the markets in order to stand a chance of achieving a better return than cash in the bank. While rates on cash savings accounts have been drifting down for a while, investment dividends were widely considered to be much more reliable.

“Sadly that is no longer the case, given how more than 300 companies on the UK stock market have this year said they won’t be paying dividends for the time being or paying a much lower level than before. This figure includes 41 companies in the FTSE 100.”

“On the face of it, the dividend cut and cancellation of share buybacks may be seen by some shareholders as a negative move in the short term.

“However, looking further ahead it could well prove to be the right step, as Shell looks to strengthen its financial position and cut costs during a very difficult time.”