Small breweries in Britain are warning that hundreds of jobs are at risk over government plans to cut tax relief.

The Society of Independent Brewers (SIBA) described the proposals as “madness” during a period when many businesses are on the brink of collapse.

Under the plans, up to 150 small breweries would have to pay higher rates of tax.

“This is definitely going to put jobs at risk if this goes ahead,” Jaega Wise from SIBA said.

“Part of the issue is we don’t entirely know what the tax change is going to be.”

Small breweries have struggled with COVID-19 and its effect on planning.

Ms Wise said they were left with a “reverse Robin Hood tax system” where the government plans “to take away relief from smaller breweries in order to give to larger breweries”.

Currently through the Small Brewers’ Relief scheme the amount of beer produced by a brewery determines how much tax they pay.

For many small businesses it means they fork out just half of the duty paid by the largest companies.

Under the plans, small breweries producing between 2,100 hectolitres and 5,000 hectolitres of beer a year would no longer get the tax relief. 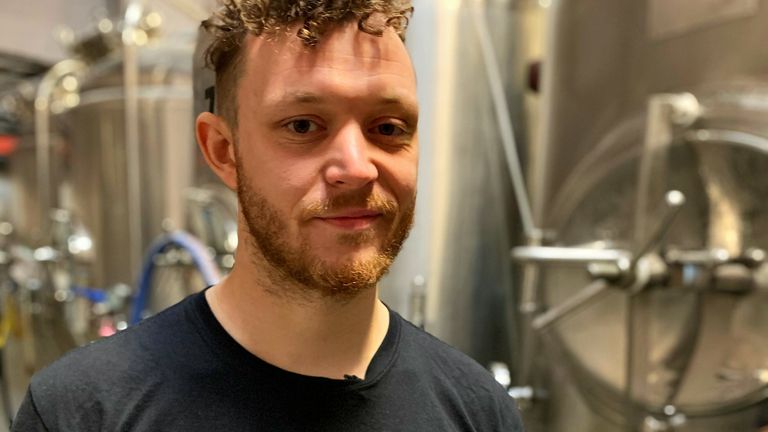 William Harris, who helps run the Wild Card Brewery in east London, said they had managed to stay afloat during the pandemic by setting up an online shop.

He admitted his brewery would be adversely affected by any changes that see the amount of tax relief withdrawn.

“It will definitely hit our bottom line,” he said. “It just creates more problems in a really, really challenging environment.”

Summer is usually the brewery’s busiest time of year, but instead was “a really difficult period”.

He added: “We’ve got another winter ahead of us and now this on top of that is really, really hard.”

In July after pubs reopened, independent craft beer sales were just 51% of what would be expected, according to SIBA.

During the national lockdown sales were down to 18%.

Alongside looming cuts to tax relief, it has meant that more than half of brewers are delaying investment and hiring staff.

The Treasury, however, said it is supporting small breweries and that 80% will be unaffected by the proposed changes.

It said hundreds of breweries consulted said that, under the current system, tax relief was being withdrawn “too quickly” and it was “preventing their businesses from growing”.

A Treasury spokesperson added that small breweries will “still benefit from the relief as they gradually expand their businesses, rather than having an all or nothing approach where it’s rapidly withdrawn above a certain level”.