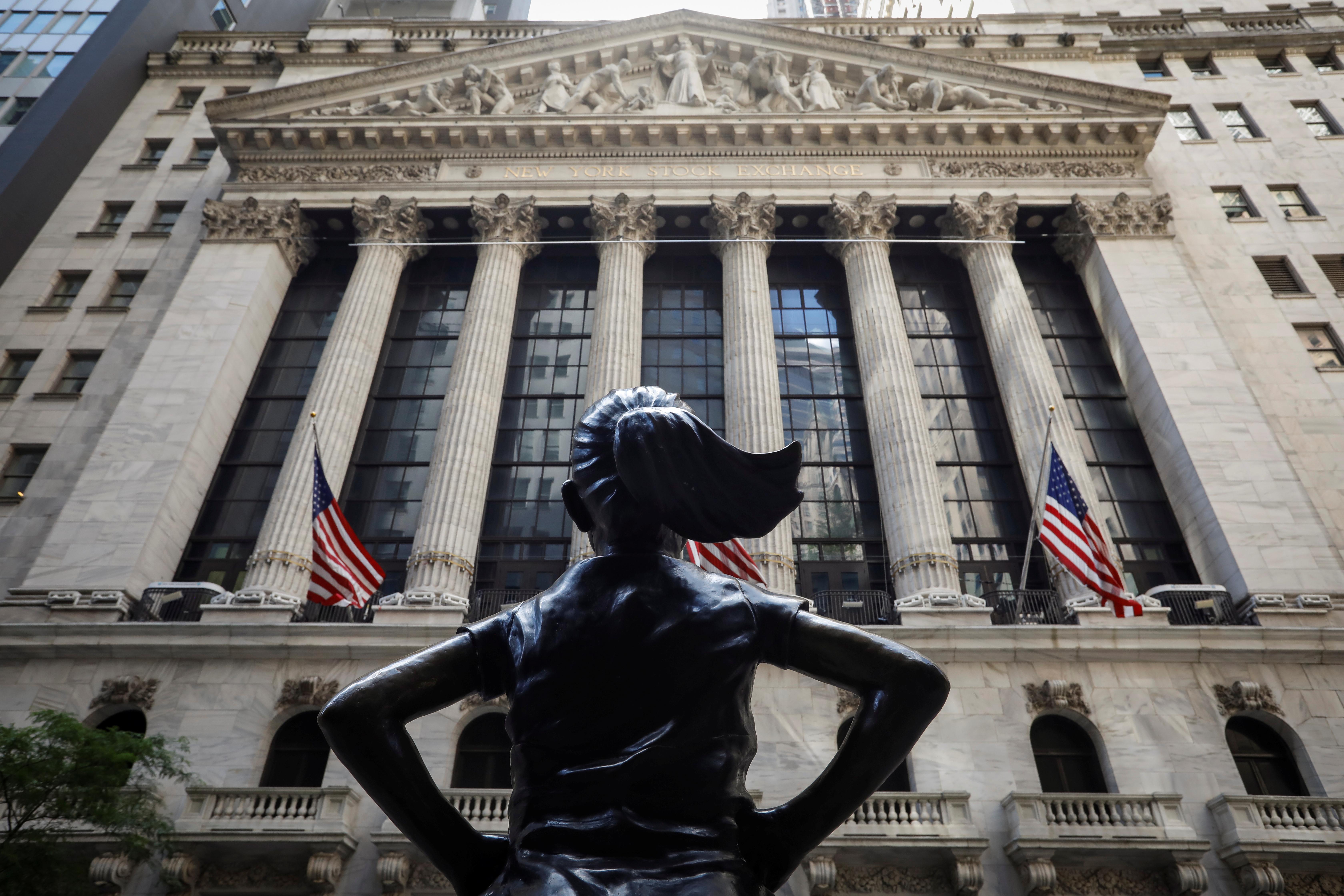 (Reuters) – The S&P 500 jumped on Wednesday but finished just short of its February record closing high, in a broad rally led by tech stocks.

The index during the session traded above its record high close of 3,386.15 from Feb. 19, before the onset of the coronavirus crisis in the United States that caused one of Wall Street’s most dramatic crashes in history.

Heavyweights Microsoft Corp (MSFT.O), Amazon.com Inc (AMZN.O) and Apple Inc (AAPL.O) were among the top boosts to the S&P 500.

The Nasdaq and Dow also rose sharply. The Nasdaq was the first of the three major indexes to bounce back to an all-time high in June. The Dow remains below its February peak.

With a better-than-feared second-quarter earnings season largely over, investors are preparing for the risk of a closely contested U.S. presidential election in the fall.

Investors also awaited news on stimulus talks. A breakdown in bipartisan talks over the next federal aid bill to help tens of millions of Americans suffering in the coronavirus pandemic entered a fifth day, with neither side ready to resume negotiations.

Tesla Inc (TSLA.O) shares jumped, making it among the biggest boosts for the Nasdaq, as it announced a five-for-one stock split in an attempt to make its shares more accessible to employees and investors.