With the economic recovery faltering and federal aid stalled in Washington, state governments are stepping in to try to help small businesses survive the pandemic winter.

The Colorado legislature held a special session last week to pass an economic aid package. Ohio is offering a new round of grants to restaurants, bars and other businesses affected by the pandemic. And in California, a new fund will use state money to backstop what could ultimately be hundreds of millions of dollars in private loans. Other states, led by both Republicans and Democrats, have announced or are considering similar measures.

But there is a limit to what states can do. The pandemic has ravaged budgets, driving up costs and eroding tax revenues. And unlike the federal government, most states cannot run budget deficits.

After months of false starts and on-again-off-again negotiations, there are signs of progress in Washington. Top Democrats last week embraced a $908 billion plan proposed by a bipartisan group of moderate senators. That plan would include nearly $300 billion in aid for small businesses, as well as smaller sums for unemployed workers, state and local governments and other groups. On Tuesday, the White House proposed its own $916 billion plan, which would include more than $400 billion for small businesses.

But Democrats and Republicans still disagree on important issues, including aid for state and local governments and liability protection for businesses. Even if the two sides do reach a deal, it could be weeks before money starts flowing.

Many small businesses say they can’t wait that long. A survey from the National Federation of Independent Business on Tuesday showed optimism falling and uncertainty rising as the nationwide surge in coronavirus cases leads governments to reimpose restrictions and consumers to pare their spending. Separate data from the Census Bureau shows an increasing share of small businesses cutting jobs, and other surveys have shown large numbers of businesses in danger of failing.

If that happens, it could be a disaster for both state economies and state budgets. Local businesses are major sources of tax revenue — both directly and through their employees — and major drivers of economic activity. If they fail in large numbers, it will slow the economic recovery once the pandemic is over.

“It becomes almost a death spiral if you can’t keep these businesses running,” said Tim Goodrich, executive director of state government relations for the National Federation of Independent Business.

Kirk Meurer was on track to have one of his best years ever in his business installing office furniture in the Cleveland area. But when companies began sending their workers home last spring, his business dried up practically overnight.

“Even though we didn’t have to shut down like the restaurants and bars and the travel industries, it didn’t matter,” he said. “The business wasn’t there.”

After some delays, Mr. Meurer got money through the federal Paycheck Protection Program, which he thought would be enough to sustain him until business rebounded. But as the pandemic dragged on and offices pushed back their reopening dates to the summer, then to the fall, then into next year, it became clear the company would need more help to survive.

“It’s amazing how fast you can burn through money when you’ve got nothing coming in and all the overhead to maintain,” Mr. Meurer said.

In recent weeks, his company, Modular Systems Technicians, received a $10,000 grant from a new state fund to help small businesses. He also got money under a program that refunded $8 billion from the state workers’ compensation fund.

“It helped,” Mr. Meurer he said. “It’s not nearly enough, but they did what they could.”

The money for the Ohio grant program, and from some other recent state aid efforts, actually came from the federal government. As part of the $2.2 trillion CARES Act last spring, Congress created a $150 billion fund that states could tap in responding to the virus. They were given wide latitude in using the money — as long as they did so before the end of the year.

As the pandemic has flared anew, however, it has become clear that the economic crisis will last well into next year, by which point the federal money will be gone and state budgets will be unable to pick up the slack. So states are racing to use what’s left of the CARES Act money to shore up their economies and build a buffer for the winter.

“I think they’re terrified,” said Joseph Parilla, a fellow at the Brookings Institution who has studied state responses to the pandemic. “If they’re paying attention, they should be.” 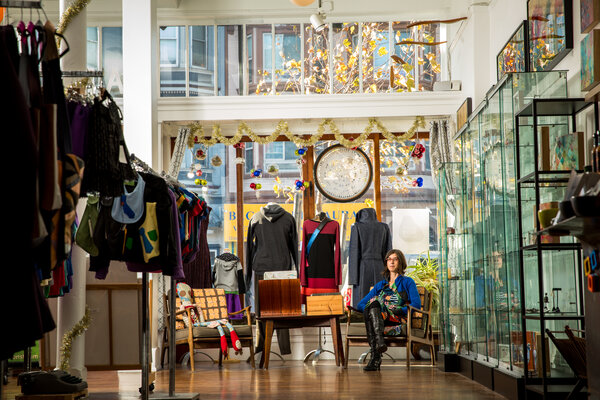 Gov. Jared Polis of Colorado, a Democrat, recalled the legislature for a special session late last month to pass several relief measures, including a $57 million grant program for small businesses. In an interview, he cited Colorado’s slow recovery from the last recession a decade ago, when the failure to contain the foreclosure crisis left lasting scars on the state’s economy. Without further assistance — including federal aid — he fears a wave of business failures that would set off an equally damaging chain reaction, he said.

“If we don’t help them get through this, will it ever come back?” Mr. Polis asked. “Sure, but it means years of boarded-up stores and restaurants on Main Streets across America if Democrats and Republicans can’t come together now to act.”

Some states are trying creative ways to stretch resources. California last month established a “rebuilding fund,” which will use a comparatively small amount of public money to provide loan guarantees to encourage for-profit and nonprofit lenders to make low-interest loans to small businesses.

The California program is aimed at the smallest businesses — most with fewer than 10 employees — and those in low-income and minority neighborhoods. Many were left out of the federal aid programs like the Paycheck Protection Program, which primarily helped somewhat larger employers.

“P.P.P. never really served these kinds of businesses very well,” said Laura D. Tyson, an economist at the University of California, Berkeley, who helped design California’s program. “More and more of them are boarding up and closing down, and it’s a real hit to the community, a real hit to the quality of life in these communities.”

Ms. Tyson said the loans should help businesses make investments to adapt to life during the pandemic — like investing in online ordering technology or outdoor dining — or to position themselves for the post-pandemic world. But the state can’t afford to cover day-to-day expenses the way the federal government did in the spring.

Secession Art & Design, a gallery and boutique in San Francisco, has survived the first nine months of the pandemic through a combination of loans, donations from customers and an aggressive shift in strategy toward online sales, which had been only a small part of the business.

But Eden Stein, who owns the 13-year-old business, said she wasn’t sure how long that could continue. California is reimposing restrictions on retail businesses, which could hurt sales during what she calls a make-or-break holiday season. Her lease is up in the spring, and she hasn’t decided whether to renew it.

Ms. Stein is thinking of applying for a rebuilding loan from the state but is nervous about taking on more debt. She is applying for a grant under a separate state program, but that won’t be enough to sustain the business. She doesn’t know what the local economy will look like after the pandemic, she said, but it is essential for small businesses to have enough confidence to renew leases and plan for the long term.

“I’m not concerned about how hard I can work, how I can connect with my customers or my community,” Ms. Stein said. “I am concerned that I will eventually run out of money.”