The taxpayers’ stake in NatWest has been reduced after the chancellor authorised the first sale to private investors since 2018.

Sky News reported on Monday how UK Government Investments (UKGI), the state-owned company that controls the shares bought following the bank’s 2008 financial crisis bailout, was preparing to offload 5% of the stock.

The sale raised £1.1bn and took the government’s holding in NatWest – formerly known as Royal Bank of Scotland Group – to just below 55%. 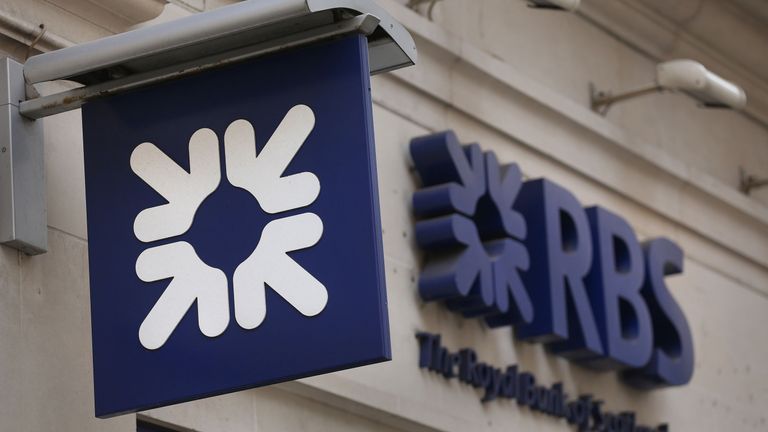 The shares were priced at 190p each and were sold 4% below Monday’s closing price of 197p.

It crystallises another loss for British taxpayers, who paid an average of just 500p for the shares at the time of the bailout.

While the last sale of stock to outside investors was in 2018, NatWest directly bought £1.1bn in shares last month to reduce the state’s holding from 62%.

The last budget showed that the effort to return the bank to private hands – delayed because of subdued prices for NatWest stock – was not expected to be completed until 2025/26.

A Treasury statement suggested that the timing of future sales would be kept under review.

“This is the government’s fourth sale of its NatWest shareholding, and its second transaction in two months, bringing its level of ownership down from 59.8% to 54.8%,” it said.

“This sale represents further progress in the government’s plan to return institutions brought into public ownership as a result of the 2007-2008 financial crisis to private ownership.”