The collapse of Thomas Cook will cost taxpayers at least £156m, an investigation by a government watchdog as found.

The National Audit Office has said the Department for Transport (DfT) agreed to pay around £83m towards the cost of bringing home Britons stranded abroad due to the holiday firm’s failure.

It also spent an additional £15m to close and liquidate the failed business.

Labour MP Meg Hillier, chair of the Parliamentary Public Accounts Committee said “lessons need to be learnt” from the experience. 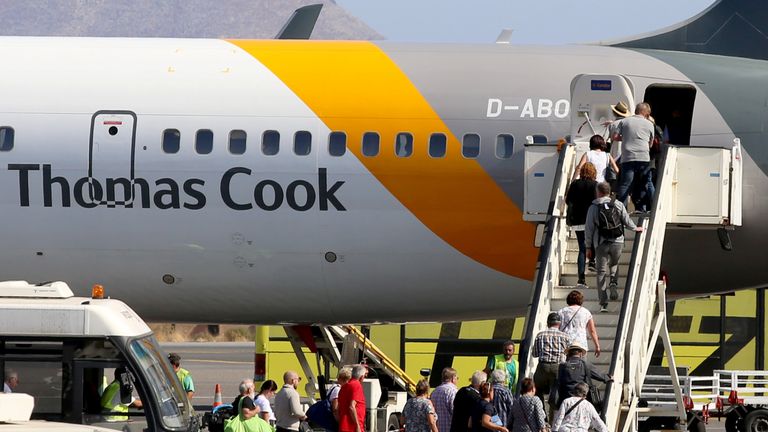 She added: “Government looks set to foot the bill, with industry off the hook.

When the travel giant collapsed on 23 September last year, the Civil Aviation Authority repatriated all 150,000 holidaymakers who were stuck overseas.

Of those that were brought back, 83,000 customers were found not to have ATOL protection, the industry-wide insurance-like scheme, which meant they had to be rescued at the taxpayers’ expense.

A spokeswoman for the DfT said: “Due to the unprecedented scale of the operation, other airlines did not have enough capacity to repatriate those abroad.

“Without this effort, stranded passengers couldn’t be guaranteed a safe journey home, causing stress and disruption to families, which would have had a knock-on effect on the wider economy with so many employees abroad.”

A total of 746 flights from 54 airports were involved in what was known as Operation Matterhorn.

The CAA has warned “there will be relatively limited resources left” once all costs in rescuing Thomas Cook passengers have been accounted for.