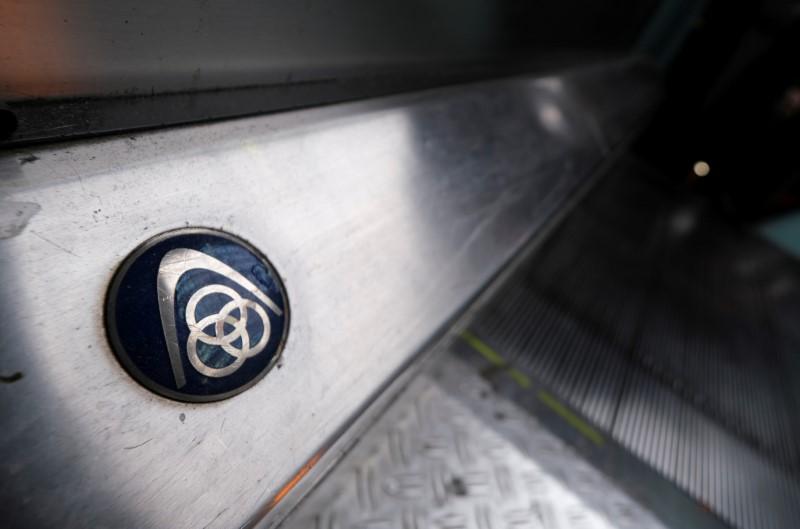 The submarines-to-car parts group has outlined plans that could see the division being sold, kept or combined with a peer, with India’s Tata Steel (TISC.NS), Sweden’s SSAB (SSABa.ST) and Germany’s Salzgitter (SZGG.DE) all considered potential partners.

Shares in Thyssenkrupp, which this year sold its elevator division to a private equity consortium for 17.2 billion euros, were indicated to open 5.7% lower in pre-market trade.

The group said its fiscal third-quarter adjusted operating loss from continuing operations, which strips out the elevator operations, came in at 679 million euros, less than the up to 1 billion it had flagged in May.

“We have worked hard to keep our costs under control and secure liquidity,” CEO Martina Merz said. “As a result we came through the crisis slightly better than initially feared in the third quarter overall.”

The company said most businesses were stabilising or even improving in the quarter to September compared with the previous three months, suggesting it has reached the trough of the coronavirus crisis.