A tornado has struck a coastal resort in Turkey injuring 16 people and causing widespread destruction.

The violent storm hit the town of Cesme, some 56 miles (90km) west of the city of Izmir, late on Thursday.

It flipped over cars, tore up trees, ripped off roof tiles and toppled a crane. 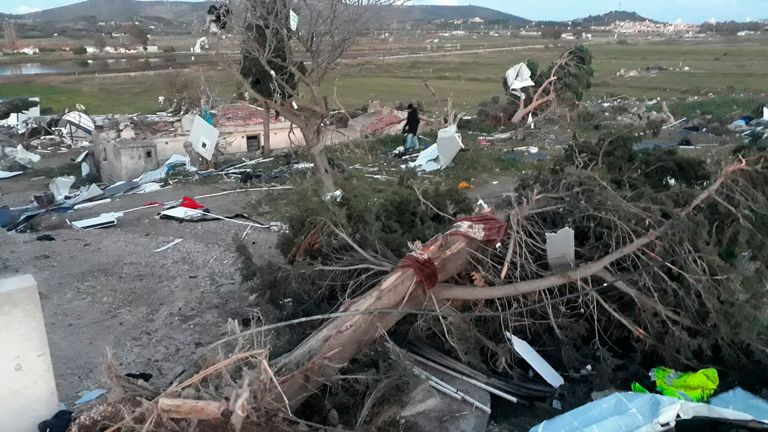 The worst-hit area was a building site for summer homes where the crane was brought down and a container housing the construction workers overturned.

Sixteen builders were hurt, including one who was taken to hospital with a broken leg, the state-run Anadolu Agency reported.

Powerful winds and hail also caused damage in the nearby town of Urla, destroying hundreds of commercial greenhouses.