WASHINGTON/BEIJING (Reuters) – U.S. President Donald Trump said on Friday he was “very torn” about whether to end the so-called Phase 1 U.S.-China trade deal, just hours after top trade officials from both countries pledged to press ahead with implementing it despite coronavirus economic wreckage. 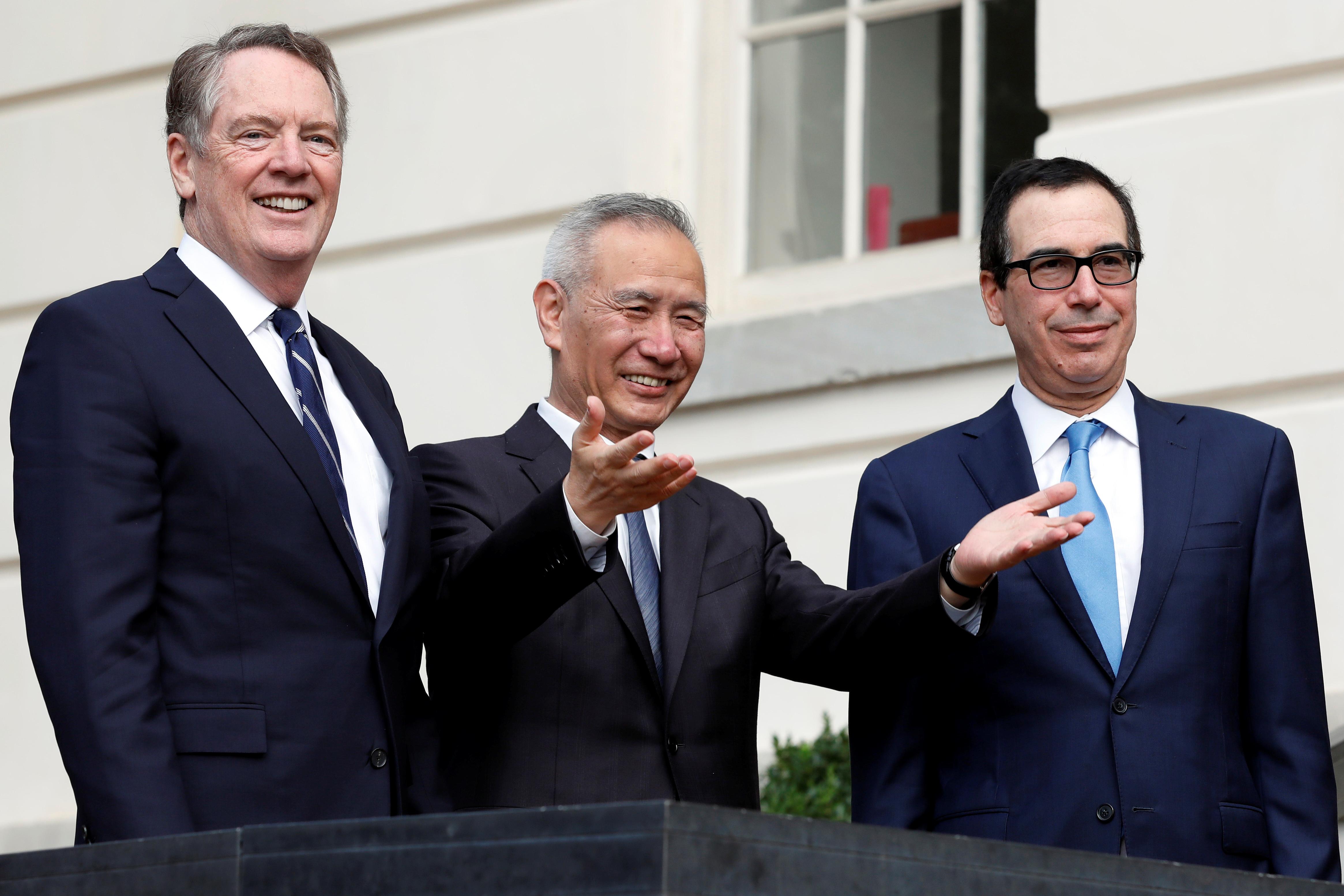 The two Trump cabinet officials said in a joint statement that both sides “agreed that in spite of the current global health emergency, both countries fully expect to meet their obligations under the agreement in a timely manner.”

China’s Commerce Ministry said the two sides agreed to improve the atmosphere for implementation of the Phase 1 deal, which calls for Beijing to boost its purchases of American farm and manufactured goods, energy and services by $200 billion over two years compared to a 2017 baseline.

The deal brought a partial truce to an 18-month trade war between the world’s two largest economies that heaped U.S. tariffs on some $370 billion worth of Chinese imports.

Trump, who has blamed China’s early handling of the coronavirus outbreak in Wuhan in late 2019 for causing thousands of deaths and millions of job losses in the United States, has threatened to terminate the trade deal if China fails to meet its purchase commitments. He said on Wednesday that he will assess that effort within the next week.

China has rejected the Trump administration’s assertions that there was evidence the new coronavirus came from a Wuhan laboratory and scientists have said it appears to have developed in nature.

Early on Friday, just before the U.S. Labor Department announced that a staggering 20.5 million U.S. jobs were lost in April, Trump told Fox News Channel that he was “having a very hard time with China.”

While he was initially “very excited” about the trade deal’s signing in January, the pandemic since then had changed his views about it.

“Look, I feel differently than I did. I was the most – I was very tough with China,” Trump said.

Asked if he was “breaking up” the Phase 1 trade deal, Trump said: “I’m very – I’m very torn as to – I have not decided yet, if you want to know the truth.”

Trump and some members of his administration have threatened punitive action against Beijing, including possible tariffs and shifting supply chains away from China.

While China has made some purchases of U.S. farm goods, some observers say these are running far behind the pace needed to meet the first-year goal of a $77 billion increase as China’s economy is just now beginning to recover from shutdowns imposed during the pandemic. Beijing’s new plans to implement tougher protections for intellectual property as part of the trade deal have met with mixed reviews.

Nonetheless, the more conciliatory statements from the U.S. and Chinese trade officials helped to boost Wall Street stocks on Friday, along with a jobs report that was not as bad as feared.

White House economic adviser Larry Kudlow also cast the Phase 1 trade deal in a largely positive light. He said on Bloomberg Television that Beijing continues to tell Washington that “that they have every intention of meeting the requirements” of the agreement.

The U.S.-China Business Council, which represents U.S. companies doing business in China, said it was too soon to assess China’s compliance with the trade deal, given that it only took effect on Feb. 15 as a global health crisis was unfolding.

“It would be extremely destabilizing if the president pulled out of the agreement without giving the Chinese a chance to meet their commitments,” USCBC president Craig Allen said in a statement.

The U.S. Chamber of Commerce urged Beijing to sharply increase its purchases of U.S. goods now that China’s economy is recovering, to keep the deal on track.