The American oil giants Chevron and Exxon Mobil are going in a far different direction. They are doubling down on oil and natural gas and investing what amounts to pocket change in innovative climate-oriented efforts like small nuclear power plants and devices that suck carbon out of the air.

The disparity reflects the vast differences in how Europe and the United States are approaching climate change, a global threat that many scientists say is increasing the frequency and severity of disasters like wildfires and hurricanes. European leaders have made tackling climate change a top priority while President Trump has called it a “hoax” and has dismantled environmental regulations to encourage the exploitation of fossil fuels.

As world leaders struggle to adopt coordinated and effective climate policies, the choices made by oil companies, with their deep pockets, science prowess, experience in managing big engineering projects and lobbying muscle may be critical. What they do could help determine whether the world can meet the goals of the Paris agreement to limit the increase of global temperatures to below 3.6 degrees Fahrenheit above preindustrial levels.

The big American and European oil and gas companies publicly agree that climate change is a threat and that they must play a role in the kind of energy transition the world last saw during the industrial revolution. But the urgency with which the companies are planning to transform their businesses could not be more different.

“Despite rising emissions and societal demand for climate action, U.S. oil majors are betting on a long-term future for oil and gas, while the European majors are gambling on a future as electricity providers,” said David Goldwyn, a top State Department energy official in the Obama administration. “The way the market reacts to their strategies and the 2020 election results will determine whether either strategy works.”

European oil executives, by contrast, have said that the age of fossil fuels is dimming and that they are planning to leave many of their reserves buried forever. They also argue that they must protect their shareholders by preparing for a future in which governments enact tougher environmental policies.

BP is the standard-bearer for the hurry-up-and-change strategy. The company has announced that over the next decade it will increase investments in low-emission businesses tenfold, to $5 billion a year, while shrinking its oil and gas production by 40 percent. Royal Dutch Shell, Eni of Italy, Total of France, Repsol of Spain and Equinor of Norway have set similar targets. Several of those companies have cut their dividends to invest in new energy.

BP tried a transition in the late 1990s and early 2000s under the leadership of John Browne, then chief executive, but financial results from renewables were disappointing and the company eventually dropped its moniker “Beyond Petroleum.”

In an interview, Mr. Browne said this time would be different. “There are many more voices now,” he said, adding that the Paris agreement was a watershed, the economics of renewables have improved and investor pressure was building.

This month BP and Equinor announced a partnership to build and operate wind projects along the coasts of New York and Massachusetts. The governors of those states want to reduce their reliance on natural gas and coal, which this effort will aid.

American oil executives say it would be folly for them to switch to renewables, arguing that it is a low-profit business that utilities and alternative energy companies can pursue more effectively. They say it is only a matter of time before oil and gas prices recover as the pandemic recedes. 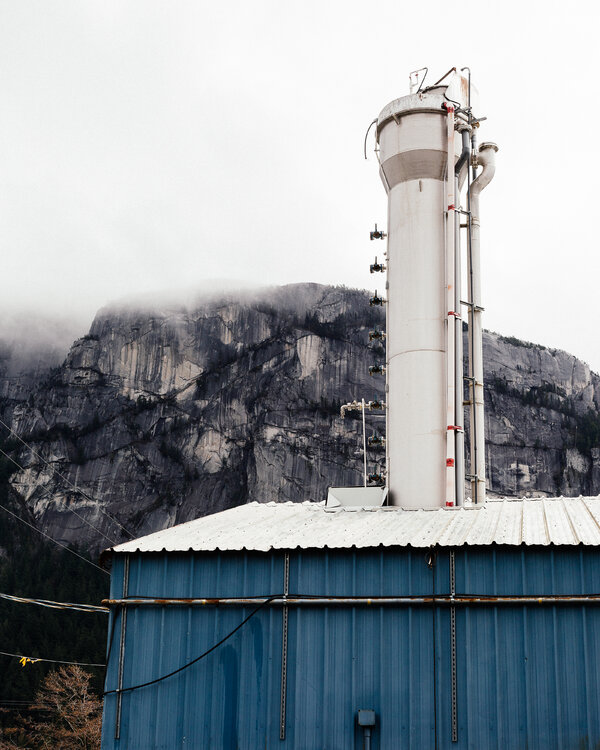 For now, Exxon and Chevron are sticking to what they know best, shale drilling in the Permian Basin of Texas and New Mexico, deepwater offshore production and trading natural gas. In fact, Chevron is acquiring a smaller oil company, Noble Energy, to increase its reserves.

“Our strategy is not to follow the Europeans,” said Daniel Droog, Chevron’s vice president for energy transition. “Our strategy is to decarbonize our existing assets in the most cost-effective way and consistently bring in new technology and new forms of energy. But we’re not asking our investors to sacrifice return or go forward with three decades of uncertainty on dividends.”

Chevron says it is increasing its own use of renewable energy to power its operations. It also says it is reducing emissions of methane, a powerful greenhouse gas. And the company has invested more than $1.1 billion in various projects to capture and sequester carbon so it isn’t released into the atmosphere.

Its venture capital arm, Chevron Technology Ventures, is investing in new-energy start-ups like Zap Energy, which is developing modular fusion nuclear reactors that release no greenhouse gases and limit radioactive waste. Another, Carbon Engineering, removes carbon dioxide from the atmosphere to convert into fuel.

All told, Chevron Technology Ventures has two funds with a total of $200 million, about 1 percent of the company’s capital and exploration budget last year. The company has a separate $100 million fund to support a $1 billion investment consortium that aims to reduce emissions across the oil and gas industry.

“We need breakthrough technology, and my job is to go find it,” said Barbara Burger, president of Chevron Technology Ventures, which employs 60 of Chevron’s 44,000 employees. “The transition is not an 11:59-on-Tuesday event. It’s going to be gradual, and evolving and continual over decades.”

Exxon has also largely steered away from renewables and has instead invested in roughly one-third of the world’s limited carbon-capture capacity, which has been so expensive and energy intensive that few companies have been willing to underwrite large-scale projects.

It spends about $1 billion a year on research and development, much of which goes to developing new energy technologies and efficiency improvements that reduce emissions.

One project involves directing carbon emitted from industrial operations into a fuel cell that can generate power. That should reduce emissions while increasing energy production.

In a separate experiment, Exxon recently announced a “big advance” with scientists at University of California, Berkeley, and the Lawrence Berkeley National Laboratory for developing materials that help capture carbon dioxide from natural-gas power plants with less heating and cooling than previous methods.

The company is also working on strains of algae whose oils can produce biofuel for trucks and airplanes. The plants also absorb carbon through photosynthesis, which Exxon scientists are trying to speed up while producing more oil.

“Step 1, you have to do the science, and it is impossible to put a deadline on discovery,” said Vijay Swarup, Exxon’s vice president for research and development.

Research into fusion, algae and carbon capture has been going on for decades, and many climate experts say those technologies could take decades more to commercialize. That’s why many scholars and environmentalists feel the American oil companies are not serious about tackling climate change.

“Oil companies don’t do things that put themselves out of business,” said David Keith, a Harvard professor of applied physics who founded Carbon Engineering. “That is not the way the world works.”

But some energy analysts argue that the American oil companies are right not to rush to change their businesses. They argue that U.S. lawmakers have simply not given them enough incentives to make a radical break.

“If this is the sunset time for oil and gas, someone forgot to tell consumers,” said Raoul LeBlanc, a vice president at IHS Markit, a research and consulting firm. He said while sales of electric cars may have picked up, it will take decades to replace the more than a billion internal-combustion cars on the road now.

It will probably take just as long, if not longer, to replace the large fleets of trucks, airplanes and ships that run on fossil fuels. There ought to be enough demand for oil over the next 30 to 40 years for Exxon and Chevron to exploit their reserves and make money, though the profits will decline over time, said Dieter Helm, an Oxford economist who studies energy policy.

“Investors can invest in Tesla or any renewable or electric company,” he said. “Why should an oil firm with the skills for large-scale hydrocarbon developments be able to compete against these new players?”

But Mr. Helm, who published the book “Burn Out: The End Game for Fossil Fuels” in 2017, said he believes that all oil companies have a dim future beyond the next few decades because technology advances will make them obsolete in a world economy dominated by electricity, battery storage, three-dimensional printing, robotics and other breakthroughs. “These companies, in the end, will die.”