WASHINGTON (Reuters) – The novel coronavirus crisis continues to pummel the U.S. labor market, with the number of Americans filing for unemployment benefits falling less than expected last week, suggesting a second wave of layoffs in industries and jobs not initially impacted by business closures caused by the pandemic.

The Labor Department’s weekly jobless claims report on Thursday, the most timely data on the economy’s health, supports economists’ contention that it would take a while for activity to rebound after almost grounding to a halt in mid-March as authorities tried to slow the spread of COVID-19, the respiratory illness caused by the virus.

Federal Reserve Chair Jerome Powell warned of an “extended period” of weak growth and stagnant incomes. Though many parts of the country are reopening, businesses and factories are operating well below capacity. More states and local governments are laying out plans to restart their economies.

“The U.S. labor market remains under tremendous pressure, although the pace of job losses is at least slowing,” said Gus Faucher, chief economist at PNC Financial in Pittsburgh, Pennsylvania. “The key question is how quickly businesses will rehire workers in the weeks ahead as restrictions on movement are gradually lifted.”

Initial claims for state unemployment benefits totaled a seasonally adjusted 2.981 million for the week ended May 9, the Labor Department said on Thursday. While that was down from 3.176 million in the prior week and marked the sixth straight weekly drop, claims remain astoundingly high.

Economists polled by Reuters had forecast applications for unemployment benefits totaling 2.5 million in the latest week. Claims have been gradually decreasing since hitting a record 6.867 million in the week ended March 28.

U.S. stocks opened lower as investors grappled with the possibility of prolonged economic weakness due to the coronavirus pandemic. The dollar was little changed against a basket of currencies. U.S. Treasury prices rose.

The latest numbers lifted to 36.5 million the number of people who have filed claims for unemployment benefits since mid-March, or more than one in five workers losing their job.

Economists said weak demand is causing layoffs of workers in industries and jobs not initially affected by the coronavirus shutdowns. They also attributed the continued elevation in claims to the processing of application backlogs, which accumulated as state unemployment offices were overwhelmed by the unprecedented wave of applications.

The economy lost a staggering 20.5 million jobs in April, the steepest plunge in payrolls since the Great Depression of the 1930s. While there are no signs yet that the reopening of businesses will ease unemployment, there is cautious hope that April was probably the trough for job losses during this economic downturn, which has also been marked by the sharpest decline in output since the 2007-09 Great Recession.

Some businesses have accessed loans from an almost $3 trillion fiscal package, which could be partially forgiven if they used the credit for employee salaries. But many small enterprises are expected to close permanently, leaving some of the 21.4 million people who lost their jobs in March and April out of work for a long time. 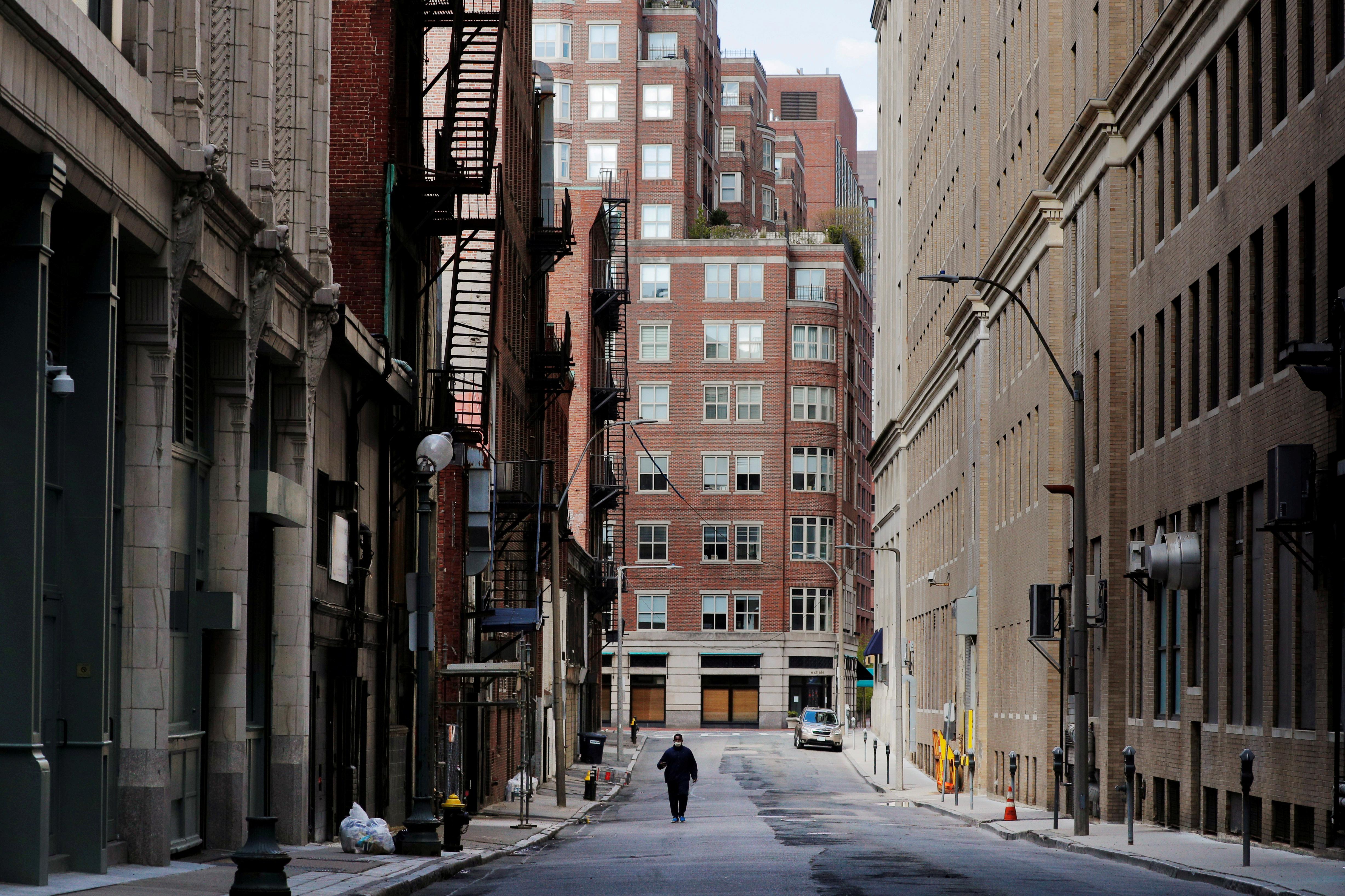 Thursday’s claims report also showed the number of people receiving benefits after an initial week of aid increased 456,000 to a record 22.833 million for the week ending May 2. The so-called continuing claims data is reported with a one-week lag and will be closely watched in the coming months to get a better sense of the depth of the labor market downturn.

“Jobless claims pour cold water on the V-shaped recovery talk,” said Chris Rupkey, chief economist at MUFG in New York. “Economic growth might get a boost from pent-up demand, but the labor markets have dug themselves a deeper hole that will be harder to climb back out of.”

The Labor Department also reported that 3.4 million people had their applications for Pandemic Unemployment Assistance (PUA) processed in the week ending April 25. The PUA program covers gig workers and many others who do not qualify for regular insurance unemployment, but have been forced out of work because of COVID-19.