HOUSTON (Reuters) – Oil producers in the top U.S. shale fields are stockpiling drilling permits on federal land ahead of the November U.S. presidential election, concerned that a win by Democratic candidate Joe Biden could lead to a clamp-down on oilfield activity. 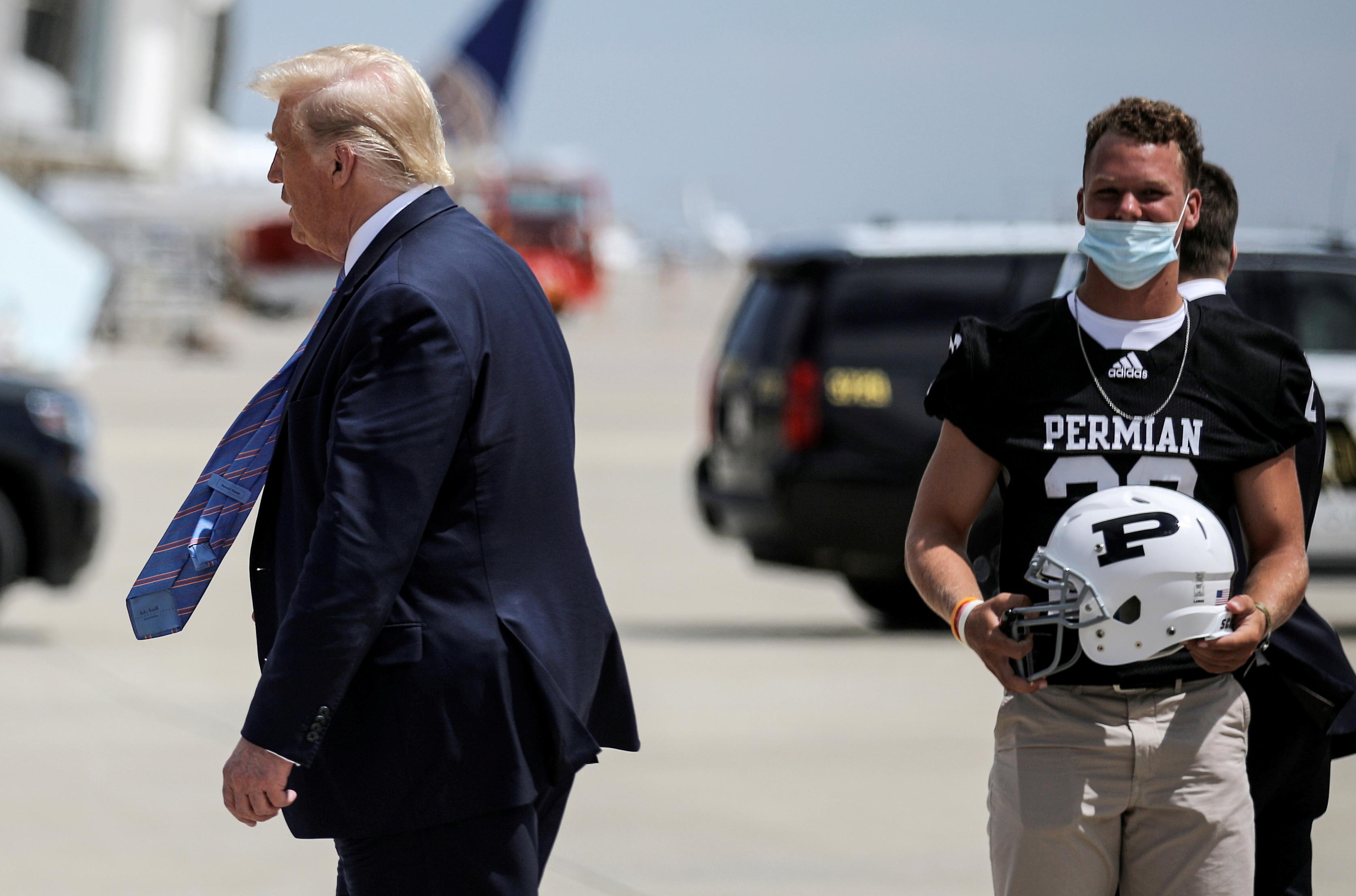 Federal permitting in the largest U.S. oilfield in the Permian Basin, located in Texas and New Mexico, is up 80% in about the last three months, which analysts attribute to a hedge against a win by Biden, who currently leads U.S. President Donald Trump by several points in national polling.

Biden has stated that he does not want to ban fracking outright, putting him at odds with many environmentalists and Democratic party activists.

However, his climate plan includes banning new oil and gas permits on public lands, which industry groups say would hurt the economy and cut off an energy boom that has made the United States the world’s largest crude oil producer.

The shale revolution of recent years boosted U.S. crude output to roughly 12 million barrels per day (bpd) last year through hydraulic fracturing, or fracking, which is environmentally controversial as it involves pumping water, sand and chemicals into rock at high pressure to release oil or natural gas.

As of Aug. 24, producers have received 974 permits so far this year for new wells on federal land in the Permian, compared with 1,068 for all of last year and 265 in 2018, according to data firm Enverus.

The scramble for permits comes despite the weak outlook for oil drilling and prices due to the ongoing coronavirus pandemic.

Crude prices LCOc1 plunged in spring following the outbreak and have remained stuck near $40 a barrel. The number of oil and gas rigs drilling new wells in the United States hit record lows for 15 weeks and last week was 71% lower year-on-year, according to Baker Hughes data, and analysts do not expect a sharp rebound for some time.

Uncertainty about a ban and other possible regulatory changes, including a proposal to modify royalties to account for climate costs, mean more permits will be filed ahead of the election, said Bernadette Johnson, vice president at Enverus.

The industry has raced to file for permits before ahead of potential regulatory changes.

In Colorado in 2018, as voters considered a proposition to increase the distance required between new wells and buildings, permitting jumped 165% in the last six months of the year compared with the first half, according to Enverus. At least nine producers stockpiled more than two years’ worth of permits.

EOG Resources Inc, Cimarex Energy Co, Matador Resources Co and Devon Energy Corp are among the shale producers who have said they expect to have years of drilling permits.

Most producers have “a runway of 12 to 18 months” in permits in the Permian and Wyoming’s Powder River Basin, said Jake Roberts at energy investment bank Tudor, Pickering, Holt & Co.

Federal permits are for two years and can be extended another two, but there is no guarantee that routine permit extensions would continue in the future, Cimarex CEO Tom Jorden said on an earnings call in August.

U.S. oil production remains below 2019’s peak and analysts expect it will be slow to recover in the coming year, as shale production depends on new investment due to the short life of the wells drilled.

The race for permits has centered on the part of the Permian located in New Mexico, said Artem Abramov, head of shale research at Rystad Energy.

About 85% of well permits there have been on federal lands this year, up from 60% in 2018 and 2019 – evidence of companies trying to “fast track” permits on federal acreage, Abramov said. Meanwhile, permits on state and private lands, which features similar geology, have fallen.

New Mexico Governor Michelle Lujan Grisham, a Democrat, has said she would ask for a waiver exempting it from any drilling bans. The state is one of the nation’s poorest, and a third of the state’s budget comes from oil and gas revenues. Around 65% of New Mexico production is on federal acreage.

Matador and EOG have been two of the most aggressive in adding federal permits in New Mexico.

Matador expects to have 300 federal permits by late 2020.

“We think the chances of them saying you can’t drill on your leasehold are fairly slim,” CEO Joseph Foran told analysts in July.

Its new federal permits in two key New Mexico counties that are among the most prolific in the Permian Basin are up 149% so far this year, compared with its 2019 total, according to Rystad.

EOG’s permits in those same New Mexico counties, Eddy and Lea, are up 49% so far this year compared with all of 2019, according to Rystad. EOG has 2,500 permits on federal lands in four states approved or in the works, enough for four years, Chief Operating Officer Lloyd Helms said on an earnings call.

The industry has secured so many permits that investors and analysts have largely shrugged off the political risks of a federal fracking ban.

“I’m not sure if it would have the big impact that people are making it out to be,” said Rob Thummel, energy portfolio manager at Tortoise Capital.