A tenet of the American unemployment system has been that anyone collecting benefits, in good times and bad, must look for work.

That quid pro quo changed early in the pandemic. Profound fears of contagion and the sudden need for millions of workers to become caregivers led states to lift the requirements for reasons both practical and compassionate.

But as vaccinations increase and the economy revs back to life, more than half of all states have revived their work search requirements. Arkansas and Louisiana did so months ago in an effort to push workers off their swollen unemployment rolls. Others, like Vermont and Kentucky, have followed in the last few weeks.

The rest may be on the way. President Biden on Monday ordered the Labor Department to “work with the remaining states, as health and safety conditions allow,” to put such requirements in place as the pandemic abates.

Employers may welcome the moves as potentially enlarging the pool of job seekers. But for many workers, the search obligation is a premature declaration that the world has returned to normal even as legitimate concerns persist about contracting the virus and about child care constraints.

“The work search thing is just a mess,” said Tyler Evans, 34, who lost his job of nearly four years at a restaurant in downtown Nashville early in the pandemic. Mr. Evans’s doctor has not cleared him for work, warning him that he faced extra risk from the coronavirus because he has an autoimmune disease.

According to Tennessee, however, Mr. Evans must complete three job search activities a week to remain eligible for unemployment benefits. When he explained his situation to people at the State Labor Department, they suggested that he just say he had looked for work, because the state’s system had no way to account for health cases like his.

Instead, Mr. Evans has diligently applied to jobs every week — even though he wouldn’t be able to accept any of them.

“I would say one out of four times, someone would give me a call back,” he said. “And I would have to say, ‘Oh, I actually can’t work for you for health reasons, but the Department of Labor asked that I do this anyway.’”

Research suggests that work search requirements of some form in normal economic times can compel workers to find their next job and reduce their time on unemployment. But the pandemic has added a new layer to a debate over how to balance relief with the presumption that joblessness is only transitory. Most states cut off unemployment benefits after 26 weeks.

Business groups say bringing back work search requirements will help juice the labor market and dissuade workers from waiting to return to their old employers or holding out for remote or better-paying jobs.

Opponents contend that the mandate keeps undue numbers of Americans from continuing to receive needed benefits because it can be hard to meet the sometimes arduous requirements, including documenting the search efforts. And they say workers may be forced to apply for and accept lower-paying or less-satisfying jobs at a time when the pandemic has caused some to reassess the way they think about their work, their family needs and their prospects.

“I think the work search requirement is necessary as an economist,” said Marta Lachowska, an economist at the W.E. Upjohn Institute for Employment Research in Kalamazoo, Mich., who has studied the effects of work search requirements on employment. But she added, “Perhaps given the big disruption we have observed to the labor market, people should be given some slack.”

In Washington, the issue has become part of a larger clash over jobless benefits that intensified after the disappointing April jobs report, with Republicans asserting that Mr. Biden’s policies are deterring people from looking for work and holding back the economic recovery.

A rising number of Republican governors have taken matters into their own hands, moving to end a weekly $300 unemployment supplement and other federally funded emergency assistance that otherwise isn’t due to expire until September.

Mr. Biden has rebuffed the criticism of his economic recovery plan. But his embrace of work search requirements — more than a year after the federal government directed states to waive them — has made the practice a pillar in the effort to revitalize the economy.

Tim Goodrich, the executive director for state government relations at the National Federation of Independent Business, said his members had complained that they were having trouble filling open positions — a challenge that restoring work search requirements may help alleviate.

“They are seeing a lack of applicants, so a job search is certainly helpful,” Mr. Goodrich said. 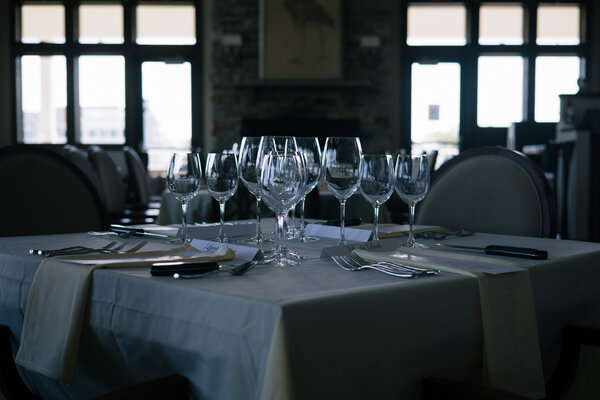 Job openings rose in March to 8.1 million, the Labor Department reported on Tuesday, yet there are more than eight million fewer people working than before the pandemic. Economists ascribe some of the incongruity to a temporary mismatch between the jobs on offer and the skills or background of those looking for work. They say that in a recovering labor market like the current one, there may not be enough suitable jobs for people seeking re-employment, which can frustrate workers and drive them to apply to positions haphazardly.

That has been the case for Rie Wilson, 45, who worked in venue sales for a nonprofit in New York City before she lost her job last summer.

To fulfill New York’s work search requirement, which generally makes unemployment applicants complete at least three job search activities each week, Ms. Wilson has had to apply for positions she would not typically consider, like administrative assistant jobs, she said.

The prospect of accepting such a job makes her anxious.

“There is always a thought in my mind that, ‘Well, what if I do get pulled in this direction just because I’m being forced to apply for these jobs? What does that look like for my career?’” she said.

The process has been time-consuming, she said, “and it’s also a mental wear and tear because you’re literally pulled from all angles in a very stressful situation.”

With state unemployment offices already overtaxed, she added, work search requirements are “just another barrier being put to claimants, and it can be a very demoralizing barrier.”

In states that have reinstated work search requirements, worker advocates say an especially frustrating obstacle has been a lack of guidance.

Sue Berkowitz, the director of the South Carolina Appleseed Legal Justice Center, which works with low-income South Carolinians, said unemployed workers in the state largely wanted to go back to work. But the information on the state’s website about work search requirements is so confusing, she said, that she worries workers won’t understand it.

Before the state reimposed the requirements last month, Ms. Berkowitz sent a marked-up copy of the proposed language to the chief of staff at the South Carolina Department of Employment and Workforce urging clarifications and changes. One of her biggest concerns was that the language as it stood was at a 12th-grade reading level, while the typical reading level of adult Americans is much lower. She did not hear back. “It was crickets,” she said.

More broadly, employees in South Carolina, where the minimum wage is $7.25 an hour, can be reluctant to take a job that pays less than the one they had before the pandemic, Ms. Berkowitz said.

“It’s not that they are below taking a job that makes a lot less, but their financial needs are high enough that they need to continue to make a certain salary,” she said.

Although work search requirements have become a political issue, their restoration does not fall solely along partisan lines. Florida, for instance, where the Republican governor has repeatedly flouted virus restrictions, had kept the work search waiver in place before announcing recently that it would reinstate the requirement at the end of the month.

But many other states, particularly Republican ones, have rushed to bring their work search requirements back.

That is what Crista San Martin found when they left their job out of health concerns at a dog boarding facility in Cypress, Texas, which reinstated its work search requirement in November.

Mx. San Martin, 27, who uses the pronouns they and them, said there were very few job openings near them in the pet care industry, making finding a position onerous.

“That made it really difficult for me to log any work searches, because there simply weren’t enough jobs that I would actually want to take for my career,” they said. The first job they applied to was at a Panera, “which is not in my field of interest at all.”

Above all, applying to arbitrary jobs felt risky, they said, because there was no way to assess potential employers’ Covid-19 safety protocols. Mx. San Martin has since returned to their old job.

“It’s pretty unfair,” they said. “Going out and just casting a wide net and seeing whether a random business will take you is not safe.”