Virgin Atlantic is facing enforcement action over its delays in processing refunds for cancelled flights.

It is the only airline threatened with action by the Civil Aviation Authority (CAA), which has reviewed the refund waiting times of 18 major airlines.

Virgin has been making consumers wait up to 120 days for a refund and the CAA said it was “not satisfied”.

It has demanded the airline cut waiting times and warned it could use its legal power to ensure consumer law is upheld.

“Although we have taken into account the serious operational challenges many airlines have faced, we have been clear that customers cannot be let down, and that airlines must pay refunds as soon as possible,” said Richard Moriarty, chief executive of the UK Civil Aviation Authority.

“We have required commitments from airlines as they continue the job of paying customer refunds.

“Should any airline fall short of the commitments they have made, we will not hesitate to take any further action where required.”

The regulator said it would use “formal enforcement powers if necessary” to ensure passenger rights are upheld.

Virgin Atlantic’s Chief Customer Officer, Corneel Koster, said the airline was making good progress on refunds, but admitted that more could be done.

“Despite the incredible efforts of our teams, we know we have not lived up to the high standards we set ourselves, but we will do everything in our power to earn back the trust of our customers.”

“The huge volume of refund requests we have received, combined with the constraints on our teams and systems during the pandemic, has meant that refunds have been taking longer than usual to process, and we sincerely apologise for this,” Mr Koster said. 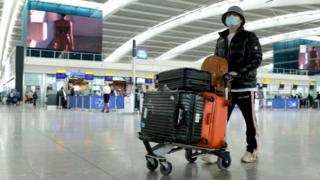 Airlines have held back billions of pounds in refunds, as they battle with the worst financial crisis their industry has ever faced.

They are supposed to return travellers’ money within seven days of cancelling flights, but many consumers are still waiting for their cash months after trips were cancelled because of the coronavirus.

Virgin committed to reducing it to 80 days in August, 60 days in September and 30 days by the end of October.

“We will be monitoring Virgin’s performance particularly closely and will consider the use of formal enforcement powers if necessary,” the CAA said.

However, Virgin wasn’t the only airline to come under criticism in the CAA’s report. EasyJet was taking 90 days to process refund requests before the CAA demanded it improve.

The airline took on extra staff process refund claims, and is now doing them in less than 30 days, the CAA said.

EasyJet has also said it expects its current backlog to be processed by early August.

Ryanair was taking 10 weeks or more for give consumers their money back, the CAA said.

The CAA said some airlines which did not give refunds at all, including Etihad, Turkish and Malaysia Airlines, have now started paying.

Jet2, American and United have the best record on returning money, according to the CAA’s report.