(Reuters) – Wall Street’s main indexes slid 2% on Wednesday, as a record drop in retail sales and dour first-quarter earnings reports lent weight to forecasts for the biggest economic slump since the Great Depression. 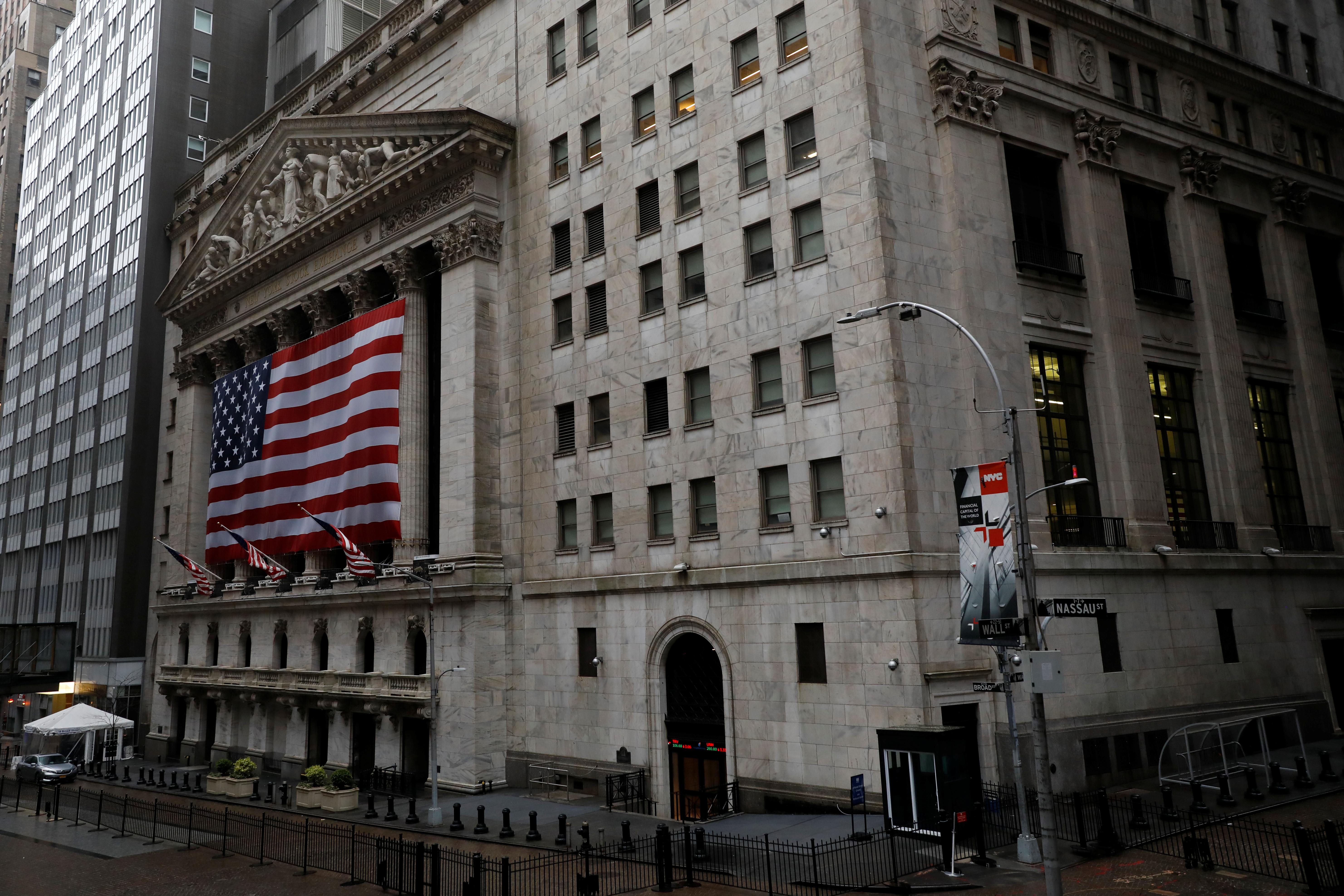 U.S. retail sales plunged 8.7% in March, setting up consumer spending for its worst decline in decades, while a separate survey showed manufacturing activity in New York state plunged in April to its lowest in the series’ history.

“Earnings and coronavirus are tightly intertwined and the more progress there is on coronavirus, the sooner economic activity resumes and earnings rebound.”

Analysts expect earnings for S&P 500 firms to slide 12.3% in the first quarter, while the International Monetary Fund has predicted the global economy would shrink 3% in 2020, its sharpest downturn since the Great Depression.

The benchmark S&P 500 .SPX has climbed about 26% from its March trough, lifted by a raft of U.S. monetary and fiscal stimulus and on early signs that coronavirus cases were peaking in some hotspots, but the index is still down about 18% from its record high.

The main indexes surged on Tuesday on hopes the Trump administration could move to ease lockdowns. However, New York later sharply raised its official virus death toll to more than 10,000.

“Overall it feels like we’re pricing in closer to a ‘V-shaped’ recovery at the moment, but it’s clearly difficult to disentangle the impact that the extraordinary support from the authorities is having,” said Jim Reid, strategist at Deutsche Bank.

The biggest U.S. health insurer UnitedHealth Group Inc (UNH.N) rose 2.8% as it maintained its 2020 profit outlook at a time when major companies have withdrawn forecasts due to the coronavirus pandemic.

Energy stocks .SPNY slipped 5.5%, the most among the S&P sectors as oil prices tumbled after reports suggested persistent oversupply and collapsing global demand.