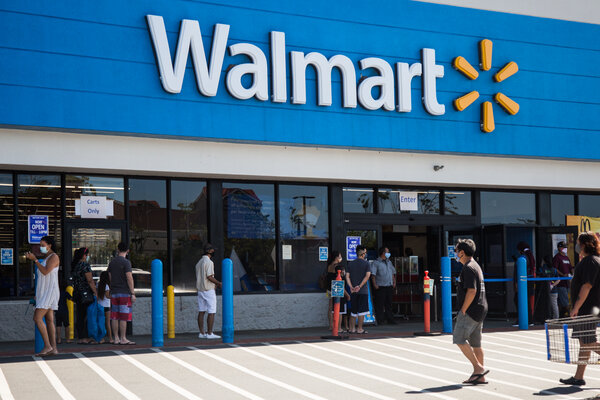 Walmart reported a strong first quarter on Tuesday, as its e-commerce business continued to drive sales and customers were helped by stimulus checks.

The retail giant said its sales in the United States in the first quarter increased 6 percent to $93.2 billion, while operating profit grew about 27 percent to $5.5 billion.

“Our optimism is higher than it was at the beginning of the year,” Walmart’s chief executive, Doug McMillon, said in a statement. “In the U.S., customers clearly want to get out and shop.”

Walmart is among a group of larger retailers that have experienced blockbuster sales during the pandemic, particularly for online groceries. The company’s e-commerce sales increased 37 percent in the first quarter.

The question now is whether Walmart can continue its pace of growth as shopping habits start to normalize.

Mr. McMillon said although the second half of the year “has more uncertainty than a typical year, we anticipate continued pent-up demand throughout 2021.”

Sales in the company’s international division declined 8.3 percent in the first quarter, as Walmart divested from some of its subsidiaries in places like Japan and Argentina. The company’s total revenue increased 2.7 percent to $138.3 billion.

Walmart raised its financial guidance for the rest of the year, projecting “high single digit” growth in operating income in its United States operation, with sales up in the single digits.