Payments firm Wirecard has filed for insolvency proceedings – a week after disclosing that €1.9bn (£1.7bn) had gone missing.

The implosion comes less than two years after it was admitted to Germany’s prestigious DAX index of leading companies. 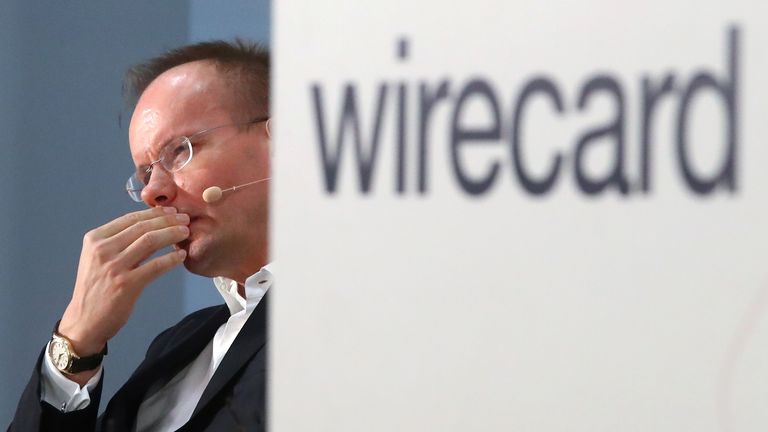 Shares lost 80% on the announcement and have now fallen by 98% since auditor EY refused to sign off on Wirecard’s accounts last week.

That resulted in the resignation of long-time chief executive Markus Braun on Friday.

On Monday, the company said it had concluded that the missing €1.9bn probably did not exist.

Mr Braun was later arrested before being released on €5m (£4.4m) bail. He faces allegations of misrepresenting Wirecard’s accounts and market manipulation.

The ascent of the company, founded in 1999 and based in a Munich suburb, has been dogged by allegations that its revenues and profits were pumped up by fake transactions. Wirecard said in a brief statement on Thursday that its new management had applied to begin proceedings for insolvency – a form of bankruptcy protection – at a Munich court, citing “over-indebtedness”.

It also said it was evaluating whether insolvency proceedings have to be filed for its subsidiaries.

In a later statement, it said that its continuation as a “going concern” was not assured.

Wirecard added that its banking unit Wirecard Bank was not part of the insolvency proceedings.