The future of the early years and childcare sector is at risk in England, the Early Years Alliance (EYA) has said, as fewer than half of parents with young children plan to take up their childcare places on 1 June.

Just over 40% of parents of under-fives say they will send their children back to nursery, preschool or childminders this week, according to a poll by the EYA of more than 6,300 care providers. A further 13% of parents say they are still “completely undecided”.

Three in 10 parents gave the government the lowest possible rating on a scale of one to 10, when asked how clear the government has been on the rationale behind reopening childcare settings. The average rating from parents was 3.9 – where one is “very unclear” and 10 is “very clear”.

The results are so stark that the alliance said the early sector in England could collapse.

“It is no exaggeration to say that the very future of the childcare sector is at risk if the government doesn’t get its act together and provide the support that providers need,” said Neil Leitch, the chief executive of the EYA, a membership organisation representing nurseries and childminders.

“The government’s attitude towards early years settings has been frankly appalling,” he added. “It has refused to reverse its last-minute decision to restrict providers’ ability to access furlough funding; it has refused to offer any financial support to help early years providers meet the additional costs of operating safely during this outbreak, while providing thousands of pounds to schools for the very same purpose; and it has refused to commit to any kind of transitional funding to help the sector get through this period of significantly reduced demand.”

The most commonly cited reason for not taking up childcare places from the 4,490 parents who responded to the poll was fear over their children’s safety. This was followed by concern over the safety of their wider family, and anxiety over the safety for staff and childminders.

When asked what would need to happen to take up their place, parents cited a sustained fall in the number of coronavirus cases both locally and across the country, and more information from the government on the science underpinning the decision to reopen childcare settings.

Some children in England are set to return to school on 1 June 2020 as part of new guidance set out by the government. Initially, this is limited to early years, reception, year 1 and year 6 children.

The Office for National Statistics estimates there are approximately 2.1 million children in the year groups, making up about 43% of all primary school children.

The EYA also asked childcare providers in England if they planned to reopen on 1 June. Two thirds of the 6,300 responses said they were planning to reopen, with just over one in five saying they would not and 15% saying they were undecided.

The online survey comes after more than 30 early years experts, parent groups and organisations issued a highly critical response to the government’s guidances.

The detailed response by experts including Cathy Nutbrown, a professor of education at the University of Sheffield, and organisations including the Association of Educational Psychologists and the Association for Professional Development in Early Years, said the Department for Education’s guidance on reopening early years settings and schools did not provide a safe return for children and threatened their wellbeing and education. The advice, it added, had been “confusing, contradictory or unworkable”.

The government’s guidance, it went on, is “inadequate in addressing the health aspects of safeguarding children and staff, while wholly failing to consider the value or otherwise to the children of rushing them into a new and uncharted scenario with major implications for their education and wellbeing.”

‘It is too early to be reopening’ 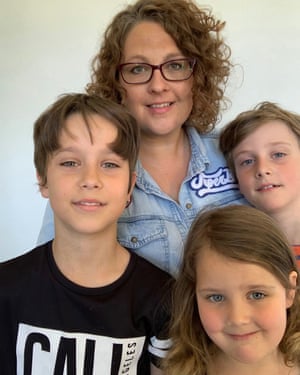 Samantha Bailey, from Cheshire East, will be keeping her daughter at home.

“We feel that it is too early to be reopening due to the current lack of thorough scientific understanding of Covid-19. The advice given to government from Sage on Friday 22 May also failed to reassure us that the risks are minimal, rather that the risks are not fully known. The increasing number of children with pulmonary inflammatory syndrome in Europe is also a factor in our decision.

“Additionally, my daughter is a suspected asthmatic. We therefore feel it best for her to remain at home due to her personal circumstances. Until the scientific understanding is greater and the level of risk better ascertained with reliable track-and-trace in place (for the safety of staff), we will endeavour to keep our daughter at home.”

‘I have little option but to send my child back’ 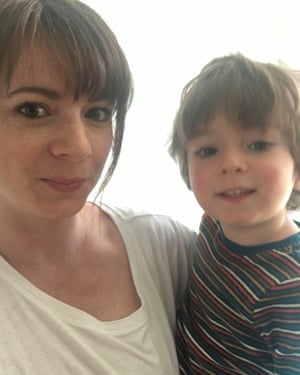 Cristina Lopez-Bueno, from London, is planning to send her son back to nursery this week.

“I have concerns but as a working single parent feel little option but to send my child back. I am reassured that the nursery will do the best they can to minimise risk although there are still some unknowns.

“On balance, I believe the long-term impact on my child of staying home for a longer period of time will not be positive and the attempting to work full-time at full capacity is extremely difficult to manage alongside his care, and in my view not sustainable. The pressure on both of us from this and the fact that we do not have a garden and it is just the two of us in the household is considerable.”