LOS ANGELES — For the entertainment industry in Los Angeles, the phrase “giving back to the schools” has often meant a cameo appearance on career day or, perhaps more typically, a fat check made out to your own child’s elite private academy.

But on Monday, the nation’s second-largest district will unveil the latest in a string of star-studded collaborations: a new high school underwritten by, among others, George Clooney, Don Cheadle, Eva Longoria and principals at Creative Artists Agency.

The magnet school is intended to diversify the pipeline of cinematographers, engineers, visual effects artists and other technical workers in the city’s signature job sector, and is one of at least three joint initiatives started in the past two months between the Los Angeles schools and entertainment industry benefactors.

Last week, the music producers Dr. Dre and Jimmy Iovine announced they were starting their own specialized high school in South Los Angeles. In May, a few hundred middle schoolers performed on free guitars with the pop artist H.E.R., signaling the expansion of a yearlong partnership with the Fender Play Foundation. And more high-profile initiatives involving robotics and music are in the works with major entertainment figures, district officials said.

The sudden involvement of Hollywood is in part a testament to the pull of the schools superintendent, Austin Beutner. A wealthy investor, Mr. Beutner is leaving his job in two weeks after spending more than a year leveraging his personal connections for school-based pandemic relief.

Some education advocates are skeptical that his philanthropic approach will make much difference in a district of some 650,000 mostly low-income students.

“Charity is no substitute for justice,” said Linda Darling-Hammond, the president of the California State Board of Education. “It’s great that people are making these investments, but we have a bigger job to do.”

The new focus on education in Los Angeles also reflects other worries, including a mounting alarm at growing income disparities and a need for the industry to find new ways to recruit workers in the #HollywoodSoWhite era. There is also a rising appreciation, post-pandemic, for keeping low-income students in school, despite financial pressure they may face to help support their families.

“Everyone is recognizing that the industry needs to do better,” said Mr. Clooney, whose West Coast home is in Studio City, but who was speaking via Zoom from his Italian villa. “There’s a moment in time where it gets easier to do things.”

The challenges of the Los Angeles public schools have, for generations, been epic. The district sprawls across 710 square miles and encompasses some 1,400 schools. Eighty percent of the students live in poverty, and nearly 100,000 are learning English. During the coronavirus pandemic, the district handed out more than 140 million grab-and-go meals to children and adults. The effort was part of a school-based relief program that was among the nation’s largest and included distributing items like diapers and computers, and running a mass vaccination program.

The coronavirus crisis was just one among many for Mr. Beutner. The Los Angeles teachers went on a six-day strike shortly after he signed his three-year contract as superintendent.

As the pandemic ebbed, California schools were among the last in the nation to reopen. Only a small percentage of Los Angeles Unified School District students have returned in person, although Mr. Beutner has said instruction will be fully face-to-face in the fall.

One ray of good news is that, at least for this year, school funding is ample. California, with a large state surplus, plans to spend a hefty $96 billion next year on grade schools and community colleges, an investment of $21,000 per pupil.

In the past three years, Mr. Beutner said, per-pupil funding in the district has increased by 40 percent, but still falls short of New York City’s — nearly $30,000 per student.

“We’re coming off an era of disinvestment in public schools,” said Dr. Darling-Hammond, an education scholar. “People see that need and want to step into it.”

Programs like the proposed specialized schools “are a mixed bag,” she said, often channeling precious resources into tangential priorities, and rising or falling with the attention spans of their backers.

The Frank Sinatra School of the Arts, founded by the singer Tony Bennett, has operated for decades within New York’s public school system, for example. And LeBron James has opened a highly successful public school with wraparound social services in Ohio. But a group of Texas charter schools founded in 2012 by Deion Sanders, the former N.F.L. player, closed in insolvency after three scandal-plagued years.

Sarah Reckhow, an expert on education philanthropy at Michigan State University, said that while such philanthropy is common and doubtless born of good intentions, its prevalence reflects a fundamental inequality in the way children are schooled in the United States.

Mr. Beutner says career-linked magnet schools complement the district’s traditional schools and help to engage students who are increasingly focused on the need for a paycheck. And, he said, supporters like Mr. Clooney or Mr. Iovine can provide a “margin of excellence beyond what public funding can do.” 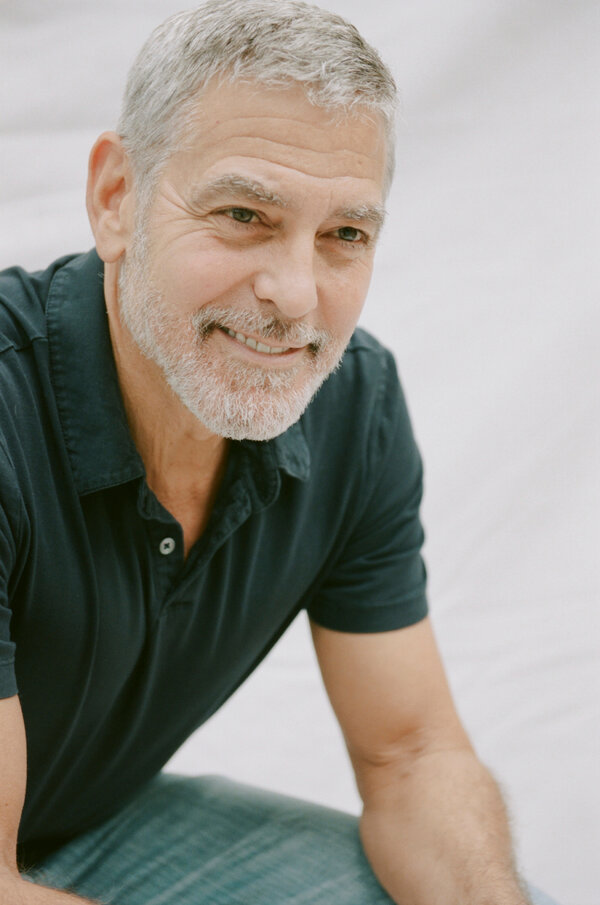 “It’s making the instructional part of the day relevant,” he said, “embedding those skills in the curriculum and connecting it to a job.”

Mr. Iovine said he and Dr. Dre, whose real name is Andre Young, approached Los Angeles Unified with their idea for a new high school after starting an academy in 2013 at the University of Southern California that focused on the intersection of creative work and business.

“What we realized at the U.S.C. academy is that to be more effective, we have to get to these kids earlier,” Mr. Iovine said.

Mr. Clooney and his producing partner, Grant Heslov, said they had come to a similar conclusion as they sought to diversify hiring on their productions. “You want a more diverse crew,” Mr. Heslov said, “but there’s just not enough trained people out there.”

About two weeks ago, Mr. Clooney said, he mentioned the issue over dinner to Eric Fellner, the co-chairman of Working Title Films. Mr. Fellner told him about becoming a co-founder in 2018 of a London school to address the same issue in the British film industry.

Mr. Clooney said he floated the idea to Bryan Lourd, the co-chairman at C.A.A., whose talent agency had helped support Los Angeles Unified during the pandemic. Within days, he said, Mr. Beutner had introduced them to district officials running a small magnet program at the Edward R. Roybal Learning Center, which serves mostly low-income students.

Eleven days later, they had agreed to open the Roybal School of Film and Television Production, built from the seed of that magnet program, with an initial enrollment of about 120 students and a curriculum that will be planned by district teachers and staff and industry professionals.

In addition to Mr. Clooney, Mr. Heslov, Mr. Cheadle, Mr. Lourd, Mr. Fellner and Ms. Longoria, the advisory board will include Nicole Avant, a producer and the wife of Ted Sarandos, the co-chief executive of Netflix; Mr. Fellner’s co-chairman at Working Title Films, Tim Bevan; and the actors Kerry Washington and Mindy Kaling.

Mr. Lourd said the group was planning to involve a broad range of colleagues, craft guilds and entertainment companies. “There are 160,000 union jobs below the line in the entertainment industry — 750,000 if you include digital work and all the other things,” said Mr. Lourd, using the show business term for specialized work behind the camera.

Even in Los Angeles, Ms. Avant said, most young people don’t picture themselves in these jobs. “They have no idea how you might start to become a grip or a costumer or a screenwriter,” said Ms. Avant, producer of “The Black Godfather.” “They’re like, ‘Where do I send my résumé? How the hell do I start?’”

Mr. Beutner said the school would open in the fall of 2022 with an initial budget of about $7 million, with the district covering about 80 percent of the costs and the board and other donors covering the balance. The plan, he said, is to develop curriculum at the magnet and then scale it throughout the district. Setting up intensive internships, the group said, will be a key focus.

Both Mr. Iovine and Mr. Clooney said they were surprised at how swiftly the partnerships came together. Los Angeles Unified has long been known for its soul-killing bureaucracy.

“We thought this would be a lot longer process,” Mr. Clooney said. “But we found we were pushing an open door.”

Both men acknowledged that sustaining their schools would be a challenge, but pointed out that those involved have long track records of community involvement. “Nobody is better at guilting a studio or union or guild into stepping up,” said Mr. Clooney, referring to the people behind the film and television magnet school. “It’s what we do.”

Mr. Beutner says the district’s interest is also unlikely to flag, in part because, after he leaves at the end of the month, his deputy will be the interim superintendent. The show business schools, he says, are not large, but they represent the fruit of a long effort to get Hollywood to give more than the occasional internship.

“We’re unlocking for the first time in Los Angeles a whole set of community members who historically have not been engaged in our public schools,” Mr. Beutner said. “Our students don’t live next door to makeup artists and set designers, or have family friends who are actors or songwriters. People who don’t walk a mile in their shoes don’t understand what a difference it can make — just the sense that they belong, and that these are things that they could do, too.”