Face-to-face teaching at universities should be halted until the government fixes test-and-trace failures and curbs the spread of Covid-19, the union representing academics and staff has said.

The warning from Jo Grady, general secretary of the University and College Union (UCU), comes as institutions increasingly take matters into their own hands by switching to majority online-only teaching.

Others are spending million of pounds instituting their own test-and-trace systems to identify outbreaks on campus. Strict disciplinary measures for students who flout social distancing rules are also being brought in.

Across England, one in 500 people are believed to have had Covid-19 last week, with the number of daily coronavirus infections tripling in a fortnight according to the Office for National Statistics. The R (reproduction) number was put at 1.2-1.5 for England and the UK. 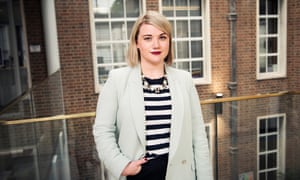 More than 20 million people – 30% of the UK – face enhanced lockdown restrictions after extra curbs were announced in Leeds, Blackpool, Stockport, Cardiff and Swansea.

Outbreaks have hit 23 universities, forcing thousands of students into self-isolation. Hundreds of coronavirus cases were confirmed on campuses, including 172 at the University of Glasgow, 127 at Manchester Metropolitan University and 120 at Edinburgh’s Napier University.

In an interview with the Guardian, Grady said the sharp rise in cases at Scottish universities – which reopened earlier than those in the rest of the UK – showed that test and trace was inadequate to protect staff and students. She called for in-person teaching to be abandoned where possible until the system could be fixed.

Grady urged university leaders to act now to drop face-to-face classes and potentially allow students to return home. “If [vice-chancellors] don’t do something now, all their efforts will be undone in a few weeks because the number of infections will be so high, or there won’t be enough staff to teach,” she said.

“There is an urgency about this that didn’t exist a month ago, because we are seeing infection rates rising and there is the danger that students are just becoming incubators.

“But until there is an effective UK-wide test-and-trace programme, there are going to be cases everywhere. Even if you’ve got a self-contained university campus with a relatively small number of students, you are still bringing people all together from all over the UK, and staff who teach at multiple institutions moving between them.”

The University of Leeds has become the latest to go online-only unless teaching is deemed safe and necessary. Six of its students tested positive for Covid-19 and the city of Leeds will go into local lockdown from midnight, meaning most students will not be able to visit their families.

It emerged that 12 universities in England and Wales are trying to combat possible shutdowns by forging ahead with testing programmes and – in some cases – with their own on-campus tracing teams and mechanisms.

While university leaders say publicly that their bespoke systems are to supplement the £10bn NHS test and trace programme, in private they complain that they have been forced to institute on-campus testing because it will be impossible to ensure that thousands of students can be tested.

Imperial College in London has gone further and set up campus-wide tracing, with a “Covid-19 contact tracing hub”. Students who return positive tests will be reached and asked to provide details for those they have had close contact with, including “intimate physical or sexual contact” or skin-to-skin contact, as well as anyone with whom they have spent at least a minute within 1 metre.

Alastair Sim, director of Universities Scotland, said the governments in England and Scotland could not provide enough tests to universities because of shortages caused by schools reopening.

“There was a big peak with schools going back and I think the testing capacity got, I wouldn’t say overwhelmed but certainly stretched [in a way] that wasn’t really anticipated. The government, and this is both governments, could not make testing available for many students,” he told the BBC.

Salford University, which has reported 20 infections among students, is among those running its own test-and-trace system, known as Sprout. But it has not yet been synchronised with class lists, meaning students were having to report to staff if they were symptomatic or living with someone who was.

At Salford, student gatherings in halls were said to have been broken up by security staff. “They’ve been on hold for so long and have obviously gone a bit crazy as first-years do and now they’re faced with this,” said a lecturer. “Staff are really worried, none of us want to go back to face-to-face learning. We’re the ones with the risk factors, rather than the 18, 19 and 20-year-olds.”

The University of Southampton has developed its own rapid-response saliva test, and will test all incoming students and staff when they arrive on campus.

Universities in Liverpool and Manchester have switched to online teaching, with only clinical subjects retaining in-person classes in most cases.

Manchester’s universities are preparing to clamp down on illegal gatherings with strict measures including potentially expelling students who do not comply with social distancing rules and imposing curfews on residential halls.

Manchester Metropolitan University has imposed a local lockdown on some of its student accommodation in response to its outbreak. A statement from Manchester city council said students on Birley campus and Cambridge Halls would be told to self-isolate for 14 days even if they did not have any symptoms It said: “Medical, welfare and emotional wellbeing support will be put in place for them.”

The University of Manchester has so far taken disciplinary action against 200 students for breaching social distancing guidelines, while several have also been issued with £100 fixed penalty notices by police.

A spokesperson for the university said it saw imposing a curfew on students living in halls as a “last resort”, but “if residents fail to adhere to social distancing rules we will be faced with no alternative”.

A government spokesperson said: “Testing capacity is the highest it has ever been, but we are seeing a significant demand for tests. It is vital that staff and students only get a test if they develop coronavirus symptoms.

“Our universities are home to world-leading science and innovation, but for those producing their own tests, it is important that the process works with the national system so we know what is happening and where, so we can utilise it for public safety.”

In Scotland, there was intense criticism and growing confusion around new restrictions announced by universities, including a bar on going out this weekend, which the country’s commissioner for children and young people said raised “concerning human rights implications”.

The first minister, Nicola Sturgeon, confirmed that the ban on visiting bars, cafes or restaurants this weekend applies to all students in Scotland, even those studying part-time or living outside halls of residence.

But she hinted at a U-turn on guidance from the government’s clinical director, Jason Leitch, who said students were not allowed to return to their family homes, saying there would be further guidance over the weekend. Addressing students directly at her daily briefing, Sturgeon told them: “I know you might feel like you are somehow being blamed … it’s not your fault.”