My husband, Matt Rugg, who has died aged 84, was an artist of distinction and a popular teacher for three decades at the Chelsea School of Art in London.

He was born in Bridgwater in Somerset to Albert Rugg and his wife, Kit (nee Thyer), and grew up in the nearby village of Limpley Stoke, where his parents ran the pub and where he lived an early life of playful discovery, finding things and amassing collections – an approach that later influenced his art.

His parents moved in 1942 to run a pub in Bath, where the Baedeker bombing raids on the city of that year were a terrifying experience that stayed with Matt throughout his life. His mother and father divorced immediately after the second world war, and he was then brought up by his sister, Myra, who went on to become a teacher, and her husband, John, who was a civil servant.

Matt attended City of Bath Boys’ school from 1946-54, followed by national service as a marine, though with a sense of detached irony as his main duties were as a librarian. He then gained a first class degree in fine art at King’s College, University of Durham, which was based in Newcastle.

Following his graduation in 1961 Matt exhibited with the London Group in 1961 and 1962 and featured in a show of 26 sculptors at the Institute of Contemporary Arts. He also showed in two travelling exhibitions organised by the Arts Council in 1962 and 1963 and had solo exhibitions at the New Art Centre in Chelsea in 1963, 1966 and 1970.

As a painter Matt imbued industrial and found materials with a lyrical interpretation, creating subtle reliefs – and the colour and freedom of line in his drawings was distinctive. He also had a passion for design, and made furniture.

His work was exhibited in Milan in 1965 at the Galleria del Naviglio (a solo show) and in 1967 in a group show at the 18th Salon de la Jeune Peinture at the Musee d’Art Moderne in Paris. 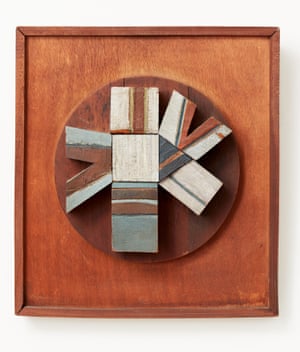 In 1965 he began teaching sculpture at Chelsea School of Art, and from the late 70s onwards chose not to exhibit any work. However, he reappeared in 2011 with a well-received solo show, Silent Notation, inspired by reflections on the work of John Cage, at Chelsea FutureSpace in London, and followed up with Notations – Between Drawing and Sculpture, an exhibition at the Cut arts centre in Halesworth, Suffolk, in 2017.

There was no separation between who Matt was as an artist and as a man. His witty wordplay and sense of the absurd always shone through.

Matt was married to Akua Thomas in 1967 and they divorced in 1983 after a long separation, although they remained friends. He and I met in 1984 at Chelsea School of Art, where I was teaching art history, and were married in 1985.

He is survived by me and our son, Jack, his sister Myra and his half-sister Sandra.