Following the outbreak, Rhiannon Aiken had been grappling with whether to attend university in September or defer her place and pick up extra hours at her part-time job in Birmingham. She received an offer from Sheffield Hallam University to study sociology and criminology, and has ambitions of working in the criminal justice system.

Aitken said that young people will need government support as a result of the crisis, and many of her friends have considered going straight into work. “People are deferring [university places] and they may decide that they don’t want to go university at all because of the different experience.”

But she has decided to take up her place at university, not wanting to put her plans on hold. “In the end, I decided not to defer because I didn’t want to push back my life,” she said.

For now, Aitken is looking forward to a long summer and will attempt to enjoy herself as much as possible, while following government guidelines. I’m going to try and meet up with my friends as much as I can, celebrate results day and my 18th birthday, and just try and prepare myself for uni.” 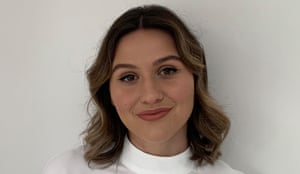 After leaving Sheffield University, Alicia Hannah said she knew of only four people in her entire cohort who had managed to find a job – and she was one of them.

Originally from Liverpool, Hannah moved to north London two weeks ago after finding a job as a social media officer. She said it was “very strange” to start the role remotely due to the pandemic. “It’s a bit of a weird success story. Even when I started renting in north London, my landlord said he was shocked that anybody [had] got a job right now.”

Seven of the roles Hannah applied for were cancelled, leaving her worried she wouldn’t find work in time. She said many of her friends had been discouraged from applying for jobs, choosing to continue studying instead.

“When you leave university, you don’t feel qualified enough. The people I know who are employed have a lot of extracurricular experience. I don’t really know anyone who’s just done a degree and has a job,” she said.

But Hannah said some young people should feel optimistic about the future. “Weirdly, I think there are some positives. A lot of roles that were cancelled will probably reopen in autumn, which will give graduates time to have a break.” 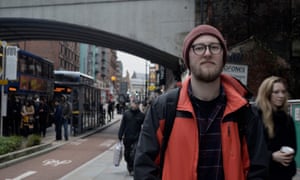 While studying for a masters, James Bosson, from Macclesfield, worked 30 hours a week in a marketing role. But when the pandemic hit, his employers said they couldn’t afford to keep him on.

“It was very cold and clinical,” he said. “I had this 15-minute video call, where I spoke with my manager’s manager and was basically shown a graph.”

He is now frantically searching for postgraduate work while trying to write a 13,000-word dissertation. Bosson described himself as “uniquely unemployable” – having to navigate a saturated job market, but being too old to benefit from the new government support. “I’m too old for the apprenticeship scheme [that the government announced last week], so I’m in this weird hinterland where the apprenticeship scheme can’t benefit me, and I’d be regarded by other jobs as very junior. It’s quite unpleasant.”

Bosson said he felt fearful for the future. “I’m absolutely terrified. I’ve still got rent coming out, I’ve still got bills, I’m terrified I’m going to lose [my] flat … the longest I’ve ever gone without a job is about three weeks. In all honesty, it does keep me up, and I’m struggling to sleep.”