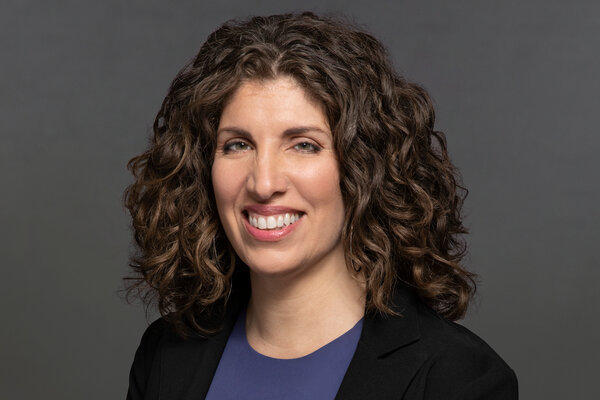 The Biden administration is set to on Tuesday announce a fourth round of judicial nominations, including a New York appeals court nominee with an expertise in voting rights — an issue likely to occupy the courts in coming months.

The five nominations to the federal courts, part of a White House effort to set a fast pace on judicial confirmations, comes after the Senate on Monday confirmed President Biden’s first circuit court nominee, Judge Ketanji Brown Jackson, who was elevated to the U.S. Court of Appeals for the District of Columbia Circuit. The new nominees, who also include two candidates for local courts in the District of Columbia, again reflect the push by the White House for judicial picks with diverse personal and professional backgrounds.

Leading the latest group of judicial candidates is Myrna Pérez, director of voting rights at the Brennan Center for Justice, who is to be nominated for an opening on the New York-based U.S. Court of Appeals for the Second Circuit. Ms. Pérez was recommended by Senator Chuck Schumer, the New York Democrat and majority leader.

“With a national focus on voting rights right now, it’s a significant step to elevate Ms. Pérez, one of the country’s foremost voting rights and election experts, to the federal bench,” Mr. Schumer said in a statement. He called her a “perfect example of our push to bring balance, experience and professional and personal diversity back to the federal judiciary.”

Also being nominated on Tuesday for a seat on the federal bench in the District of Columbia is Jia M. Cobb, a former public defender who was recommended by Representative Eleanor Holmes Norton, the congresswoman for the district. Ms. Cobb, a partner at the Relman Colfax law firm, specialized in fair housing and discrimination law and her nomination was backed by progressive groups. (An earlier version of this article misstated which seat Ms. Cobb would be nominated to fill. Florence Y. Pan has been nominated to fill the vacancy left by Judge Jackson’s confirmation.)

Other picks to be made public Tuesday include Sarala Vidya Nagala, deputy chief of the major crimes office in the U.S. attorney’s office in Connecticut, who will be nominated for a district court seat in Connecticut. She would be the first judge of South Asian descent to serve on the federal bench in the state.

Sarah A.L. Merriam, currently a federal magistrate for Connecticut, is being nominated for a federal court seat there. She is a former public defender and has served as a magistrate since 2015.

Also in Connecticut, Judge Omar A. Williams, a superior court judge in Hartford, is being nominated to a district court seat. Before his appointment as a state court judge, Judge Williams was a public defender from 2003 to 2014.

The nominations bring the current White House total for judges to 24.