Boris Johnson challenged Labour Party leader Keir Starmer to discuss proposed changes to the Brexit withdrawal agreement instead of remaining silent. The Prime Minister confronted Sir Keir with a series of occasions where the Labour leader failed to make his opinion known to avoid “offending” his supporters. Mr Johnson accused the Labour leader of “sitting on the sidelines and carp” while his Government brings the country forward.

Addressing Sir Keir during PMQs, Mr Johnson said: “When it came to reopening schools, he stayed silent because he didn’t want to offend his anarchist union bosses.

“When left-wing anarchists tried to destroy the freedom of the press, he wouldn’t break the silence because he didn’t want to offend them.

“When it comes to sticking up for our UK internal market and for delivering on the will of the British people, one of the most important issues facing us today, he’s totally silent on this bill that totally obsesses his backbenchers.

“Once again, he stood on his tongue, has nothing to say at all about that subject today because he doesn’t want to offend the huge number of his backbenches who want to overturn the decision of the people and want to take us back into the EU.”

JUST IN: He FINALLY gets it! Leo Varadkar panics as Boris Johnson’s Brexit gamble hits home 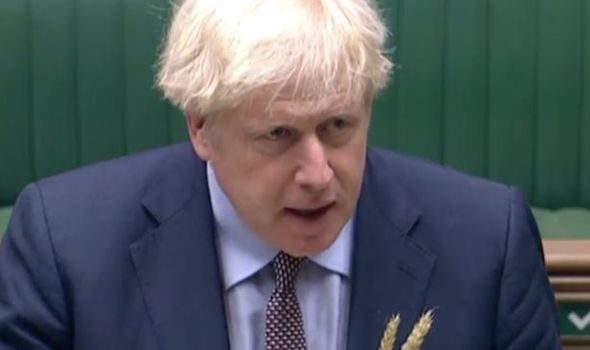