NEW YORK (Reuters) – Americans’ anxieties over the spread of the novel coronavirus have risen to the highest level in more than a month, according to a Reuters/Ipsos poll, as the number of cases surged across the country, pushing the death toll to more than 127,000 people. 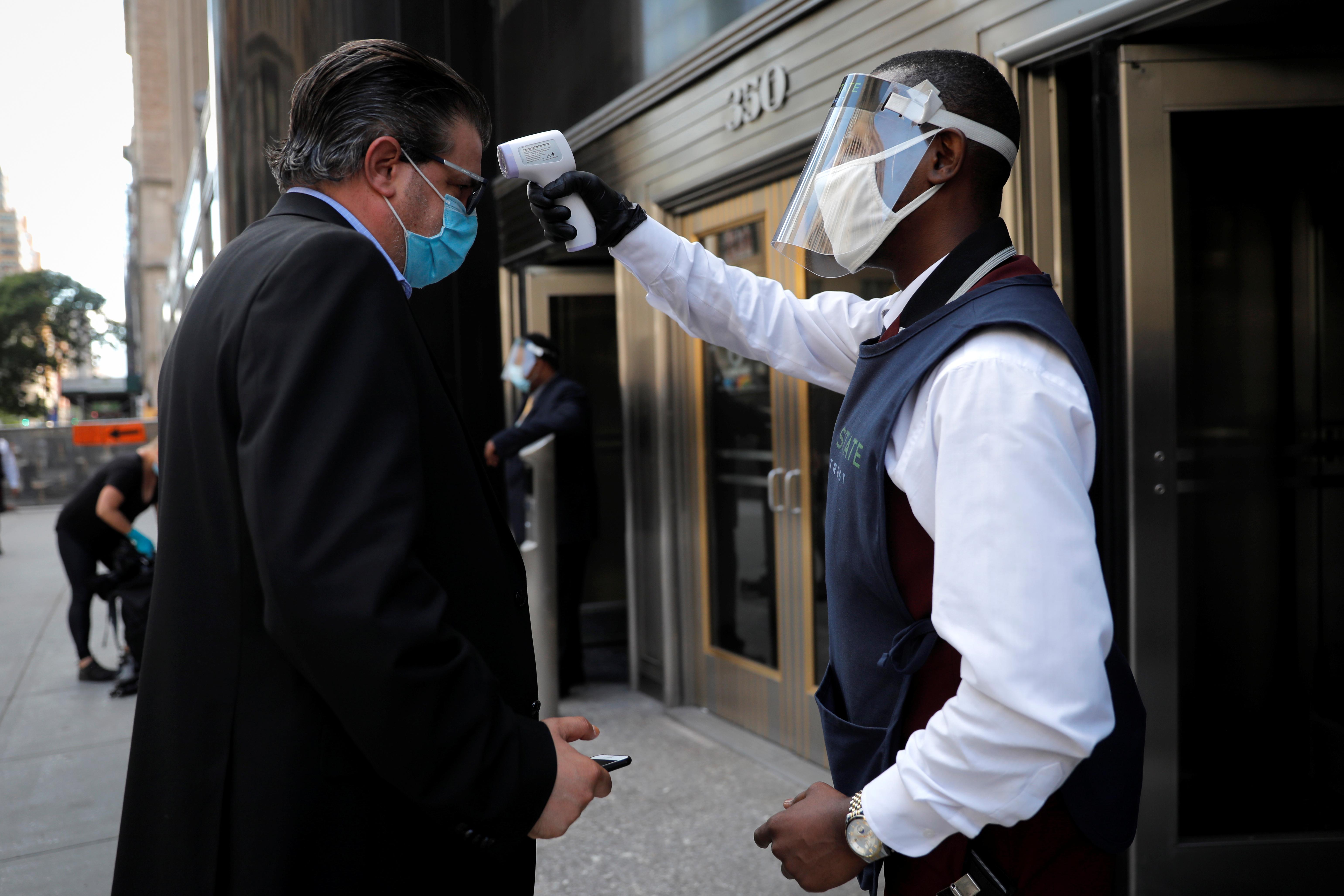 The June 29-30 public opinion poll found that 81% of American adults said they are “very” or “somewhat” concerned about the pandemic, the most since a similar poll conducted May 11-12.

Concerns appear to be rising the most among members of President Donald Trump’s Republican Party, who have generally expressed less interest than others in wearing face masks or sheltering at home even as the pandemic has infected more than 2.6 million Americans.

The shift in public opinion comes as the number of coronavirus cases soars across the country, especially in states like Arizona, Texas and Florida that were slow to respond to the outbreak and have moved fairly swiftly to reopen their economies. Some of those states are now ratcheting back plans to reopen businesses.

Dr. Anthony Fauci, the government’s top infectious disease expert, said on Tuesday that the number of coronavirus cases could more than double to 100,000 per day unless a full nationwide effort was undertaken to tamp down the resurgent virus.

The pandemic increasingly appears to have taken over the 2020 presidential campaign, eclipsing other priorities, according to the poll.

Just weeks ago, it was the other way around. In a June 8-9 poll 26% said they wanted a candidate who was strong on the economy and 21% said they were looking for someone who could handle the coronavirus.

To that end, Joe Biden, the presumptive Democratic presidential nominee, appears to have a slight advantage over Trump.

The poll found that 40% of Americans approve of the way Trump has responded to the coronavirus, while 56% disapproved. And 41% of adults thought Biden would be better at directing the country’s response to the virus, while 34% said Trump would be better.

Overall, Biden has an advantage of 8 percentage points over Trump in support among registered voters. Biden had an edge of 10 points in a similar poll that ran last week.

The Reuters/Ipsos poll was conducted online, in English, throughout the United States. It gathered responses from 1,099 American adults and has a credibility interval, a measure of precision, of about 3 percentage points.