Republicans are more excited to vote for President Trump than Democrats are for their likely nominee, polling shows.

Hi. Welcome to On Politics, your guide to the day in national politics. I’m Lisa Lerer, your host.

Sign up here to get On Politics in your inbox every weekday. 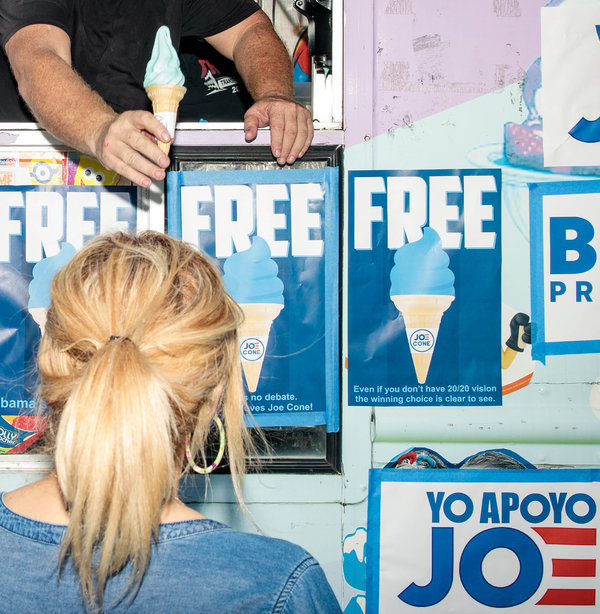 We’ve talked about the recent rise in President Trump’s approval ratings. But over the weekend, a Washington Post/ABC News poll showed another measure of political strength for the president that’s probably worth your attention.

Simply put, Republicans are more excited to vote for Mr. Trump than Democrats are for Joe Biden, their likely nominee.

Overall, there’s a 12-point enthusiasm gap between Mr. Trump and Mr. Biden. Among the most excited voters, it’s an even bigger 27-point gap.

Pollsters, strategists and political types pay a lot of attention to the intensity of enthusiasm because it offers hints about who is likely to show up at the polls and who is likely to stay home. (We’re assuming “showing up at the polls” will still be a thing in November.) Campaigning in this polarized era is often less about persuading undecided voters and more about driving out your forces.

In May 2012, Mitt Romney, now a U.S. senator, had a strong enthusiasm deficit of 25 points against President Barack Obama in Post-ABC polling. In June 2008, Sen. John McCain (R-Ariz.) was down 33 points on enthusiasm against Obama. In June 2004, Sen. John F. Kerry (D-Mass.) faced a 16-point gap on enthusiasm in his campaign to unseat President George W. Bush. Romney, McCain and Kerry all managed to narrow that gap by November but ultimately lost their elections.

For much of this election cycle, both parties have been fairly energized. While Republicans have appeared slightly more enthusiastic in polling, Democratic turnout surged on Super Tuesday at the beginning of March, with record numbers of voters coming out to vote in the primaries.

So what’s happened over the past month? Oh, just this tiny, life-changing national crisis called the coronavirus.

Mr. Trump’s news briefings have become a ratings hit, while Mr. Biden is relegated to news media interviews, grainy virtual events and conference calls with experts from his house in Delaware. Mr. Trump’s backers have relished seeing him take a leadership role in the crisis.