It was announced today (April 28) Arlene Foster will step down as leader of the Democratic Unionist Party on May 28. Mrs Foster will also step down as First Minister of Northern Ireland at the end of June.

In a statement, Arlene Foster said: “A short time ago I called the Party Chairman (Lord Morrow) to inform him that I intend to step down as leader of the Democratic Unionist Party on May 28 and as First Minister of Northern Ireland at the end of June.

“It is important to give space over the next few weeks for the party officers to make arrangements for the election of a new leader. When elected, I will work with the new leader on transition arrangements.”

Mrs Foster has served as First Minister of Northern Ireland since January 2020, and previously from 2016 to 2017.

She has also served as Leader of the Democratic Unionist Party since 2015. 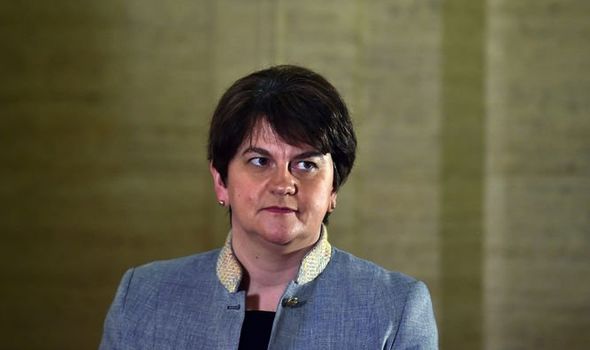 Why is Arlene Foster stepping down as DUP leader?

Mrs Foster’s continued leadership of the DUP has been called into question by members of the party in recent weeks.

There has been discontent among DUP members over Ms Foster’s handling of Brexit negotiations.

Some party members have also complained that Mrs Foster is too liberal for the DUP, which is one of the most socially conservative political parties in the United Kingdom.

Last week, Mrs Foster decided to abstain in a vote to ban gay conversion therapy, while the majority of the DUP voted against the motion, arguing that any legislation to outlaw the practice needed to ensure safeguards for churches.

Mrs Foster tweeted on April 21: “We oppose conversion therapy. Any law coming forward must define therapy in a way which does not harm freedom of religion – a right protected by ECHR.

“If no safeguards for churches, it will not be supported by us.”

This is a breaking story, refresh your browser for updates.