Raising hopes of a future relationship pact, the Brussels diplomat told EU27 ambassadors that progress had been made by both sides over the weekend on the so-called level playing field. The Frenchman said they had moved closer to a deal on enforcing the rules to ensure free and fair competition if Britain decides to not follow the EU’s regulations in the future. After a weekend of wrangling, Mr Barnier added that EU and UK officials are still yet to find an agreement over future controls over state subsidies for industry.

An EU diplomat said there had been “backtracking” by the British in the row over future access to our coastal waters for European boats.

The insider said Mr Barnier had described “some limited progress” in the discussions between the EU and UK over the weekend.

Ahead of the meeting, Mr Barnier told journalists a trade deal remains possible in the coming days.

He said: “We’ve only been negotiating for nine months, we’ve needed at least five years for all the previous agreements, we are going to give every chance to this agreement… which is still possible. 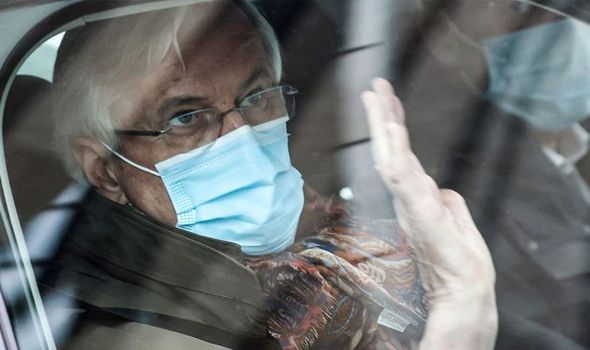 “A good, balanced agreement. That means two conditions which aren’t met yet. Free and fair competition… and an agreement which guarantees reciprocal access to markets and waters. And it’s on these points that we haven’t found the right balance with the British. So we keep working.”

UK Brexit envoy Lord Frost and Mr Barnier are due to meet again later this morning.