BBC’s Andrew Marr exposed the crisis tearing apart the Labour Party in a heated interview with Labour’s shadow chancellor Anneliese Dodds. There is concern that a civil war will erupt in the Labour Party, with a growing left-wing revolt against the leader Sir Keir Starmer. The BBC host pointed out that “for people watching, who don’t know the details, this looks like a complete mess”. 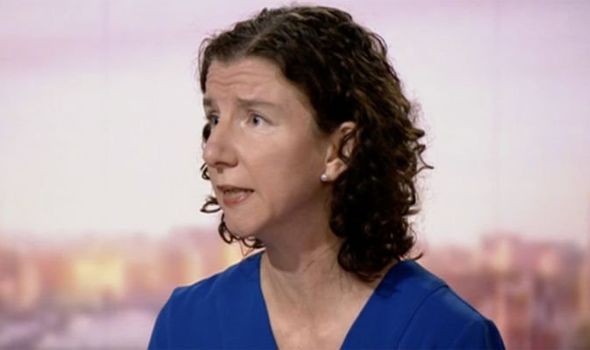 Mr Marr noted: “Ian Lavery, a former chairman of the party, and someone who I’m sure you know well, has said that Keir Stamrer has a political vendetta against the former leader Jeremy Corbyn.”

Ms Dodds responded: “I don’t agree with Ian on that. I agree with him on plenty of other things but certainly not on that

“We need to make sure we demonstrate to the Jewish community that we have learned from the EHRC report.”

The BBC host fired back: “It’s not just Ian Lavery, the bakers union has talked about vindictive and divisive attacks and threatened to disaffiliate from the party.

“Many people in the Labour Party are talking about civil war. Is it really worth it?”

JUST IN: Labour MP refuses to give party’s position on Brexit deal