Mr Marr said: “Because you have said you won’t have an illegal referendum, if you don’t win that court case then it’s game over, isn’t it?”

Ms Sturgeon responded: “This whole debate is predicated on a situation where the UK government refuses to accept Scottish democracy.

“What that means is that the UK is no longer a union based on consent, no longer a voluntary union, that Scotland will be retained in that union by force of law.

“If that is the argument we are going into unprecedented territory.” 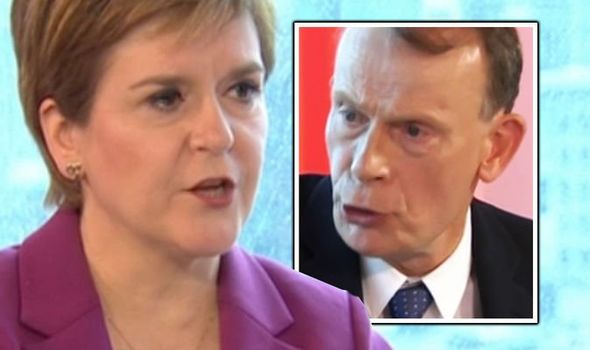 Mr Marr pointed to Judge David Hope, the former deputy president of the Supreme Court, who said: “The SNP are trapped within a statue that is very carefully drafted.”

The BBC host went on to warn that if the SNP lost its court case for a referendum “you would then be at the end of the road, wouldn’t you?”

The SNP leader responded: “If we get to that point, Scotland would be told it has no democratic root to become an independent country.

“The implications of that would be very grave.

“I don’t think we will get there. That would be a very serious and undemocratic situation.”