Documents and interviews show how senior officials sought to play down the risks of sending children back to the classroom, alarming public health experts. 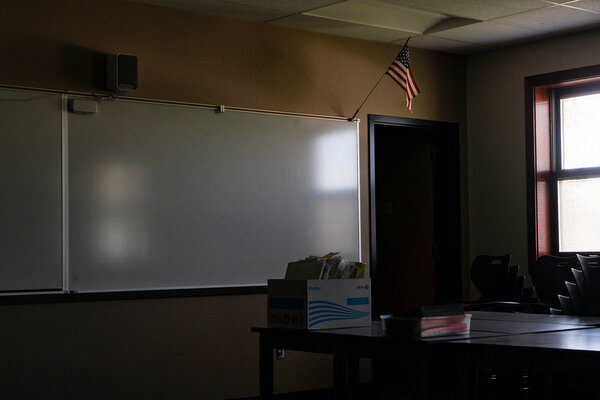 WASHINGTON — Top White House officials pressured the Centers for Disease Control and Prevention this summer to play down the risk of sending children back to school, a strikingly political intervention in one of the most sensitive public health debates of the pandemic, according to documents and interviews with current and former government officials.

As part of their behind-the-scenes effort, White House officials also tried to circumvent the C.D.C. in a search for alternate data showing that the pandemic was weakening and posed little danger to children.

The documents and interviews show how the White House spent weeks trying to press public health professionals to fall in line with President Trump’s election-year agenda of pushing to reopen schools and the economy as quickly as possible. The president and his team have remained defiant in their demand for schools to get back to normal, even as coronavirus cases have once again ticked up, in some cases linked to school and college reopenings.

The effort included Dr. Deborah L. Birx, the White House’s coronavirus response coordinator, and officials working for Vice President Mike Pence, who led the task force. It left officials at the C.D.C., long considered the world’s premier public health agency, alarmed at the degree of pressure from the White House.

One member of Mr. Pence’s staff said she was repeatedly asked by Marc Short, the vice president’s chief of staff, to get the C.D.C. to produce more reports and charts showing a decline in coronavirus cases among young people.

The staff member, Olivia Troye, one of Mr. Pence’s top aides on the task force, said she regretted being “complicit” in the effort. But she said she tried as much as possible to shield the C.D.C. from the White House pressure, which she saw as driven by the president’s determination to have schools open by the time voters cast ballots.

“You’re impacting people’s lives for whatever political agenda. You’re exchanging votes for lives, and I have a serious problem with that,” said Ms. Troye, who left the White House in August and has begun speaking out publicly against Mr. Trump.

According to Ms. Troye, Mr. Short dispatched junior members of the vice president’s staff to circumvent the C.D.C. in search of data he thought might better support the White House’s position.

“I was appalled when I found out that Marc Short was tasking more junior staff in the office of the vice president to develop charts” for White House briefings, she said.

After Ms. Troye went public this month, Mr. Short told MSNBC that she had a vendetta against the president and that she left the White House because “the strain was too much for her to do the job.” 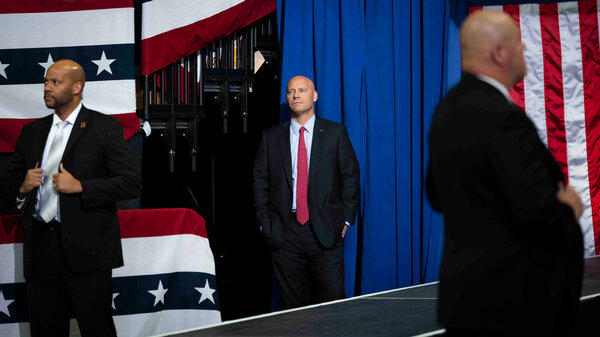 The White House seized on a bar chart the C.D.C. distributed that week to other agencies, which showed that 60 percent of coronavirus deaths were people over the age of 75. Officials asked the C.D.C. to provide a new chart to show people 18 and under as a separate group — rather than including them as normal in an under-25 category — in an effort to demonstrate that the risk for school-age children was relatively low.

In another instance, Dr. Birx took a direct role in an effort to push the C.D.C. to incorporate work from a little-known agency inside the Department of Health and Human Services, the Substance Abuse and Mental Health Services Administration.

The document worked on by the mental health agency struck a different tone from the cautious approach being proposed by the C.D.C., warning that school closures would have a long-term effect on the mental health of children. It said that “very few reports of children being the primary source of Covid-19 transmission among family members have emerged” and asserted that children who were asymptomatic “are unlikely to spread the virus.”

In a July 19 email, Dr. Birx asked Dr. Robert R. Redfield, the C.D.C. director, to incorporate the document “as background in the introduction section” of the C.D.C. guidance.

C.D.C. scientists pointed out numerous errors in the document and raised concerns that it appeared to minimize the risk of the coronavirus to school-age children, according to an edited version of the document obtained by The New York Times. The C.D.C. was successful in beating back some of the proposed changes, and the line about asymptomatic children was not included in its final guidelines.

But the gist of the mental health agency’s position — stressing the potential risks of children not attending school — became the introductory text of the final C.D.C. policy, leaving some officials there dismayed.

Brian Morgenstern, a White House spokesman, said the coronavirus task force brought together public health officials “who offer different expertise and views on a variety of issues” in setting policy.

“President Trump relies on the advice of all of his top health officials who agree that it is in the public health interest to safely reopen schools, and that the relative risks posed by the virus to young people are outweighed by the risks of keeping children out of school indefinitely,” Mr. Morgenstern said.