The president’s first choices for district and appeals court openings reflected his campaign promise to choose judges from outside of traditional backgrounds. 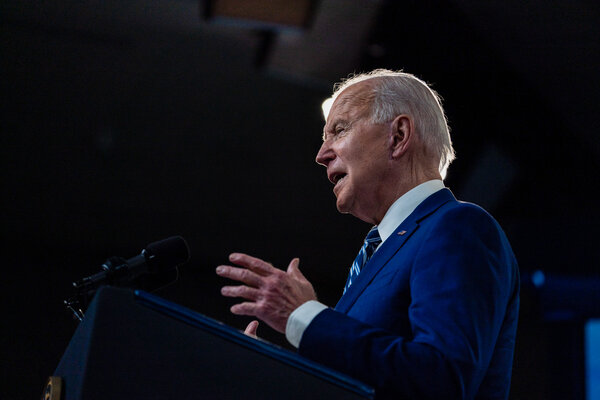 WASHINGTON — President Biden began a drive to reshape the federal courts on Tuesday with a burst of judicial nominations that put an emphasis on diversity and drew from a broad range of backgrounds including public defenders.

The effort is motivated in part by a desire to offset the conservative mark stamped on the federal judiciary by former President Donald J. Trump, who won confirmation of more than 220 judges, mostly white men. But Mr. Biden’s first round of nominations also sought to make good on his campaign promise to draw from a more diverse pool than either party has in the past and to redefine what it means to be qualified for the federal bench.

In a statement early Tuesday, the president announced the nominations of 11 people to serve as federal district or appeals court judges, moving faster than any president in decades to fill open positions in the courts.

His nominees — led by Judge Ketanji Brown Jackson for the influential U.S. Court of Appeals for the District of Columbia Circuit — included three African-American women for appeals court vacancies and candidates who, if confirmed by the Senate, would be the first federal judge who is Muslim, the first Asian-American woman to serve on the U.S. District Court for the District of Columbia Circuit and the first woman of color to serve as a federal judge in Maryland.

“This trailblazing slate of nominees draws from the very best and brightest minds of the American legal profession,” Mr. Biden said in a statement. “Each is deeply qualified and prepared to deliver justice faithfully under our Constitution and impartially to the American people — and together they represent the broad diversity of background, experience, and perspective that makes our nation strong.”

The Chicago-based U.S. Court of Appeals for the Seventh Circuit is a case in point. After the only African-American judge serving there stepped aside in 2017, Mr. Trump had four chances to make a racially diverse pick for the court. He did not take the opportunity, instead naming four more white judges.