The president has rolled out dozens of ambassador nominees, but so far only one has been confirmed by the Senate. 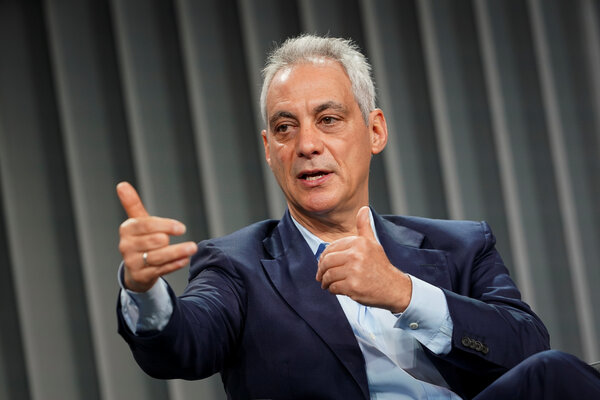 Mr. Biden settled on both nominees months ago, people involved in the process said. But the official announcement was delayed in part because the United States needs the host countries to sign off on such selections before proceeding.

The nominations were announced on Friday afternoon, hours after Mr. Biden delivered remarks on the chaos in Afghanistan, the biggest foreign policy crisis of his presidency to date.

Mr. Burns is poised to fill a diplomatic vacuum as an increasingly ideological conflict between China and the United States has led to worsening relations. In March, an extraordinarily tense meeting in Anchorage between top Chinese and American diplomats devolved into public renunciations.

Around that time, Mr. Biden had been deciding between Mr. Emanuel and Mr. Burns to be his ambassador to China, one of the most important embassy postings. He told people he was interested in choosing a “principal” who would send a different sort of message than a career diplomat would, people involved in the process said.