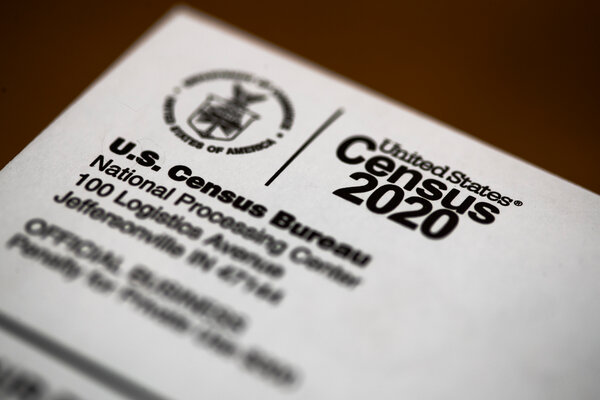 President Biden on Tuesday announced plans to nominate statistician Robert L. Santos to serve as director of the Census Bureau, according to a memo from the White House.

If confirmed by the Senate, Mr. Santos would be the first person of color to serve as permanent head of the beleaguered agency as it struggles to complete its once-in-a-decade counting of the nation’s population needed for drawing new districts for state legislatures and the House of Representatives.

The position, traditionally a straightforward role, was thrust into the political spotlight over the last two years, largely over the Trump administration’s efforts to add a citizenship question to the census. After the Supreme Court rejected the administration’s reasoning for adding the questions as “contrived,” the administration dropped the effort.

A trained statistician, Mr. Santos has studied U.S. demographics for decades, most recently as a vice president and chief methodologist at the Urban Institute. He also currently serves as president of the American Statistical Association.

In addition to laying plans for the 2030 census, Mr. Santos would also be faced with unscrambling the survey conducted amid a pandemic last year. Without a complete tally, the Census Bureau announced in February that it had pushed back its deadline for releasing the population figures six months to Sept. 30. The delay has the potential to wreak havoc with the 2022 elections, as some states may need to push back candidate filing deadlines and reschedule primaries.