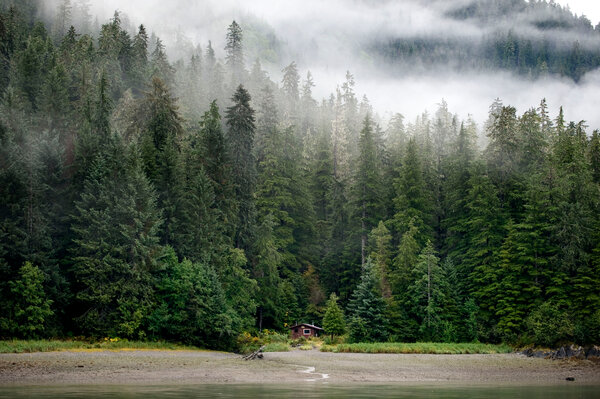 The Biden administration plans to restore environmental protections to Alaska’s Tongass National Forest that had been stripped away at the end of the Trump administration.

According to a White House agenda of forthcoming regulatory actions published on Friday, the administration intends to “repeal or replace” a Trump-era rule which opened about nine million acres of Tongass, one of the world’s largest intact temperate rain forests, to logging and road construction.

President Donald J. Trump exempted the Tongass from a Clinton-era policy known as the roadless rule, which banned logging and road construction in much of the national forest system.

Alaskan lawmakers have long said that lifting the roadless rule protections in their state would provide a sorely needed economic boost. Among those is Senator Lisa Murkowski, a Republican and a player in efforts to negotiate a bipartisan agreement on a sweeping infrastructure bill.

Environmentalists say that allowing road construction — a first step toward logging — could devastate the vast wilderness of snowy peaks, rushing rivers and virgin old-growth forest that is widely viewed as one of America’s treasures.

Climate scientists also point out that the Tongass offers an important service to the billions of people across the planet who are unlikely to ever set foot there: It is one of the world’s largest carbon sinks, storing the equivalent of about 8 percent of the carbon stored in all the forests of the lower 48 states combined.

It is not clear if the Biden administration would return protections to the entire 9 million acres of the forest, or to only part of it. The White House agenda document says that the federal government will formally issue a notice of proposed rule-making by August, with environmental analyses and a final decision to follow in the coming years.

In a 2019 draft environmental study of possible changes to protections of the Tongass, the United States Forest Service said it would consider six possible changes to the rule. One option would have maintained restrictions in 80 percent of the area currently protected by the rule; another would have opened up about 2.3 million acres to logging and construction.