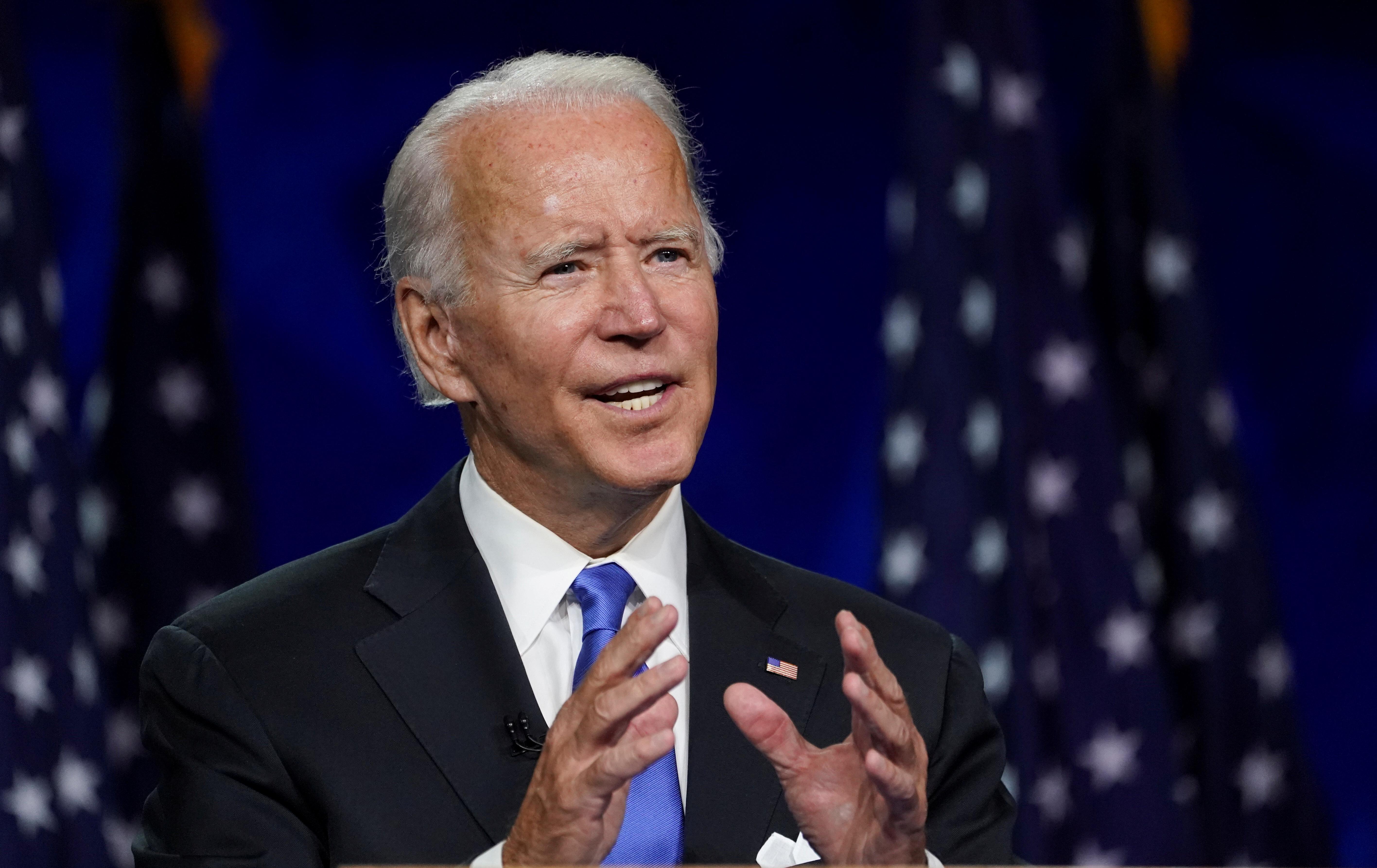 (Reuters) – Democratic presidential nominee Joe Biden on Thursday laid blame on Republican President Donald Trump for the way the coronavirus pandemic and racial strife have spread across the United States.

“The problem we have right now is we’re in Donald Trump’s America,” Biden said on MSNBC in his first public reaction to this week’s Republican convention, where speakers have alleged a Biden administration would produce chaos and disorder.

“He just keeps pouring fuel on the fire. He’s encouraging this. He’s not diminishing it at all. This is his America now,” Biden said, as the campaign heats up ahead of the Nov. 3 election. “If you want to end where we are now, we’ve got to end his tenure as president.”

His comments come as Trump prepares to unleash a blistering attack on Biden, who served two terms as vice president under Trump’s Democratic predecessor, Obama Barack.

“We have spent the last four years reversing the damage Joe Biden inflicted,” Trump is expected to say Thursday night, according to excerpts of his remarks.

Trump in recent weeks has stepped up his verbal attacks on protests – largely peaceful but marked with pockets of arson and looting – in which Americans have voiced their anger at police shootings of Black men, including Jacob Blake in Kenosha, Wisconsin, on Sunday.

Democrats have dismissed Trump’s focus on “law and order” as an attempt to distract from his slow response to the coronavirus pandemic.

In his interview, Biden countered that “the biggest safety issue is all the people dying from COVID,” referring to the COVID-19 disease caused by the novel coronavirus, which has caused the world’s highest death toll of 180,000 in the United States.

“More people have died on this president’s watch than just about any time in American history on a daily basis,” Biden said. “COVID is out of control.”