WASHINGTON — President Biden had managed to assemble his foreign policy team with remarkably little trouble — until last week. His picks to lead the State and Defense Departments, and to fill senior intelligence posts, drew little controversy and almost no Republican opposition.

But a political crossfire erupted when the Biden administration announced the selection of Robert Malley to be its envoy for Iran. The choice of Mr. Malley, a longtime diplomat and conflict mediator, instantly resurrected a bitter Washington debate about the 2015 Iran nuclear deal abrogated by President Donald J. Trump and whether to restore it. It also inflamed the sensitive politics of Israel and, for good measure, served as a test case for the influence of progressives in Mr. Biden’s new foreign policy team.

As Benjamin J. Rhodes, a former deputy national security adviser to President Barack Obama joked, “Rob is a proxy for everything.”

Though in recent days he has been accused of holding dangerous views about the Middle East, Mr. Malley, 57, may seem an unlikely source of controversy. A soft-spoken Rhodes Scholar with a Harvard law degree, he spent years as a diligent staff aide in the Clinton and Obama White Houses, where he was widely admired as a learned student of the Middle East, one with a formidable understanding of and unmatched personal relationships with its most important actors.

But Mr. Malley, the son of a Jewish Arab leftist, is a well-known advocate for engaging with groups and governments — including, over the years, Hamas, Hezbollah and President Bashar al-Assad of Syria — widely considered enemies of the United States and Israel and, by some, morally off limits for contact. To his critics, he is overly suspicious of American power and overly sympathetic to foreign actors including Iran and the Palestinians who have deep disputes with the West.

As Mr. Biden’s point man for Iran, responsible for reining in its expanding nuclear program, those critics fear, Mr. Malley will press for a new deal with Tehran that will concede too much to its clerical rulers in the name of reconciliation. When word of his appointment first appeared in the news media, Senator Tom Cotton, Republican of Arkansas, condemned “radicals like Malley” who, he said, holds “a long track record of sympathy for the Iranian regime” and “animus towards Israel.”

Other opponents of negotiating with Iran expressed concern in more temperate terms. “The appointment of Rob Malley may be a clear indication that the Biden administration is prioritizing a return to the J.C.P.O.A. over a policy of deploying American power to get a more compressive and permanent agreement,” said Mark Dubowitz, the chief executive of the Foundation for Defense of Democracies, referring to the 2015 nuclear deal, known as the Joint Comprehensive Plan of Action, which he has long opposed. “Malley is not a believer in American power,” he added.

Defenders of Mr. Malley, whose position does not require Senate confirmation, say that he has become a convenient target for an opening salvo from the American and Israeli right intended to warn the Biden administration against trying too hard to work with Tehran on another nuclear deal like the 2015 agreement that became one of the most bitter foreign policy battles of the Obama years.

“Most of the judging of Rob comes from people who do not know him and who choose to believe that he has no conception of American national interests, and that it’s all about trying to find a way at any costs to reconcile with our enemies,” said Aaron David Miller, a Middle East peace negotiator under multiple presidents who worked with and is close to Mr. Malley.

Largely unspoken on the right is a suspicion that Mr. Malley may have inherited too much political sensibility from his father, Simon Malley, an Egyptian-born, Jewish journalist and “an Arab nationalist of the fiercely secular, anti-Zionist sort,” as the younger Mr. Malley put it in a 2008 lecture. It was his father who “awoke in me an interest in his part of the world,” he said.

The elder Mr. Malley acquired three different names and nine citizenships — including an honorary Palestinian one — over a life of anticolonial crusading in which he founded six different magazines. “A man of dogma and convictions, he never felt at ease amid nuances or shades of gray,” Mr. Malley said of his father.

Mr. Malley’s friends say the opposite is true of the son: that he relishes complexity and nuance while avoiding the sort of ideological worldviews of which he is accused. 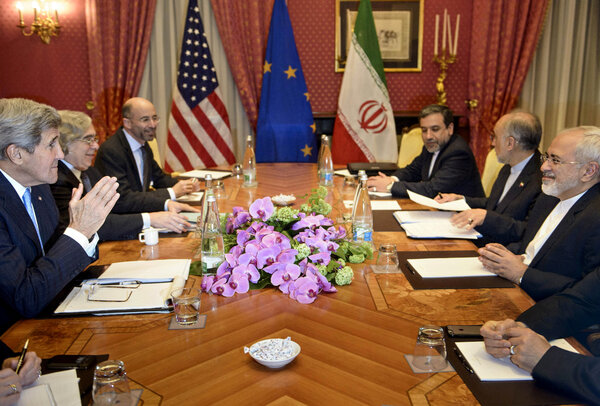 But many conservatives and some centrist Democrats have mistrusted him ever since he followed a stint as a Middle East peace negotiator in the Clinton administration by co-writing a 2001 essay in which he broke from a Washington consensus that the Palestinian leader Yasir Arafat had been solely to blame for the collapse of U.S.-brokered peace talks with Israel at Camp David.

Though the degree to which Mr. Malley blamed Israel for the failure of the talks is often overstated, the essay did illustrate his willingness to challenge Washington’s conventional wisdom about the roots of foreign policy dilemmas and received notions about American righteousness.

In the 2008 lecture, Mr. Malley lamented that the United States has often acted abroad in “destructive” ways, saying it “anoints preselected leaders, misreads local dynamics, misinterprets local balances of power, misuses its might, misjudges the toxicity of its embrace, encourages confrontation, exports political models and plays with the sectarian genie.” Though that view has grown far more common, particularly after the wars in Afghanistan and Iraq and ill-fated American interventions in places such as Libya and Somalia, it still stirs resentment in Washington.

That same year, the Obama presidential campaign dropped Mr. Malley as a foreign policy adviser after an uproar over reports he had met with members of the Palestinian militant group Hamas, which the United States and Israel consider a terrorist organization. Mr. Malley, then working at the International Crisis Group, a conflict mediation think thank, made no apology for the contacts, saying they were vital to his work and not secret.

After Mr. Cotton’s tweets and worrying, often anonymous criticism in Israeli news outlets, many Democrats rose to Mr. Malley’s defense, seeing a crucial test case against the reflexes of a foreign policy establishment they view as too hawkish.

“Those who accuse Malley of sympathy for the Islamic Republic have no grasp of — or no interest in — true diplomacy, which requires a level-headed understanding of the other side’s motivations and knowledge that can only be acquired through dialogue,” argued a statement in support of Mr. Malley’s appointment signed by dozens of foreign policy professionals.

At a time when progressives are calling for a humbler U.S. foreign policy, they see in Mr. Malley a valuable ally.

Mr. Malley has argued that the United States places too much weight on the effect of foreign aid and sanctions, and underestimates the role of ideology and religious faith in the decisions of militant groups and Iran’s Shiite revolutionary leadership.

Mr. Miller said that whatever Mr. Malley’s views, he would not be making policy himself, and that critics were using him to indirectly pressure Mr. Biden and his new secretary of state, Antony J. Blinken, both centrists widely trusted in Israel’s security establishment.

Nor is he likely to be at cross-purposes with his new boss: Mr. Malley and Mr. Blinken attended school together in Paris as teenagers and have remained friends. (Mr. Malley was born in New York, where his American-born mother then worked at the United Nations before the family moved to Paris when he was 6.)

In the opposition to Mr. Malley’s appointment, Mr. Rhodes sees alarm among critics of Mr. Obama’s nuclear deal that it is sure to be restored.

“He’s not the kind of person you appoint to just have an envoy flying around, piling on more sanctions,” said Mr. Rhodes, who signed the statement of support for Mr. Malley. “The appointment of Rob Malley suggests wanting to actually do a deal.”

Progressive Democrats who see Mr. Malley as an ally were pleased that Mr. Biden did not back down under pressure and proceeded with the appointment. But after watching Mr. Biden assemble a mostly centrist foreign policy team, they are impatient to see more of their own win jobs.

They are now priming for a potential political battle over an expected State Department position for Matthew Duss, formerly the top foreign policy adviser to Senator Bernie Sanders of Vermont. Mr. Duss has written sympathetically about the plight of the Palestinians, leading some conservative activists and news outlets to brand him “anti-Israel.”

In his early days on the job for Mr. Biden, Mr. Malley embarked on a kind of listening tour, consulting with members of Congress and with allies in Europe, in Israel and among the Gulf Arab states.

If direct talks with Tehran should begin again, he is also likely to resume dialogue with Iran’s foreign minister, Mohammad Javad Zarif, whom he knows well from negotiating the Obama-era deal.

A report on the Iran nuclear deal published last month by the International Crisis Group, shortly before Mr. Malley left for the Biden administration, recommended that the United States and Iran move quickly to revive the nuclear agreement through reciprocal steps.

And in language echoing Mr. Malley’s longtime approach to conflict resolution, the report suggested that both the countries then seek “opportunities for cooperative, rather than adversarial, engagement on issues of mutual concern.”