Boris Johnson is no longer an unmarried prime minister having wed his bride, Carrie, on Saturday. The happy couple released touching photos of themselves in their wedding garbs, showing the happy bride gazing adoringly at her new husband. The timing of the surprise wedding prompted speculation about a delay in the lifting of Covid restrictions, but Downing Street has stressed this is not the case.

Mr and Mrs Johnson shared their wedding vows at Westminster Cathedral on Saturday.

The pair celebrated their union with a small group of close friends and family in the garden behind Downing Street.

Coronavirus pandemic rules limit the number of people able to attend the festivities, meaning the couple were only able to invite 30 people.

Photographs of the couple were released after the wedding, showing a beaming Mrs Johnson in a white dress wearing a floral headband while Mr Johnson donned a dark suit. 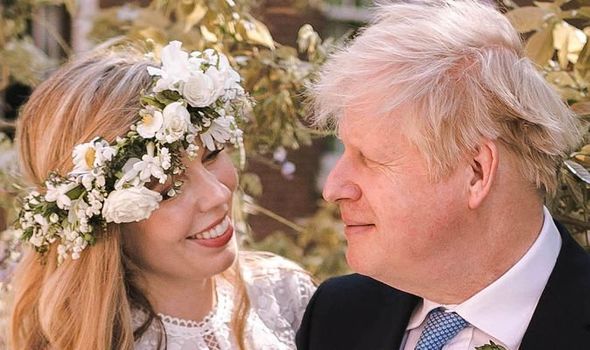 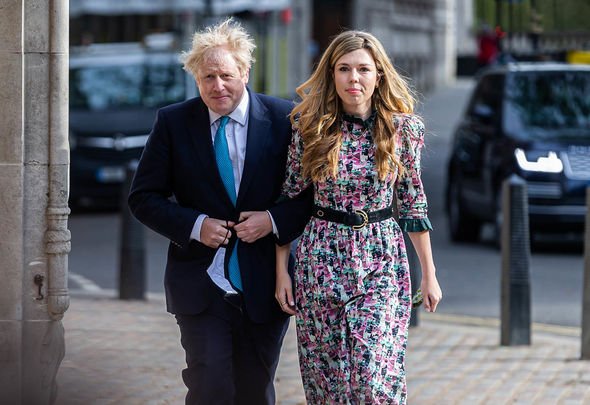 Speculation about a wedding surfaced on Saturday evening after reports surfaced that the Roman Catholic cathedral had been cleared of visitors around 1.30pm.

The ceremony was reportedly conducted by Father Daniel Humphreys, who had given the couple pre-marriage instructions.

The wedding makes Mr Johnson the first prime minister to marry in office since Lord Liverpool wedded Mary Chester in 1822. 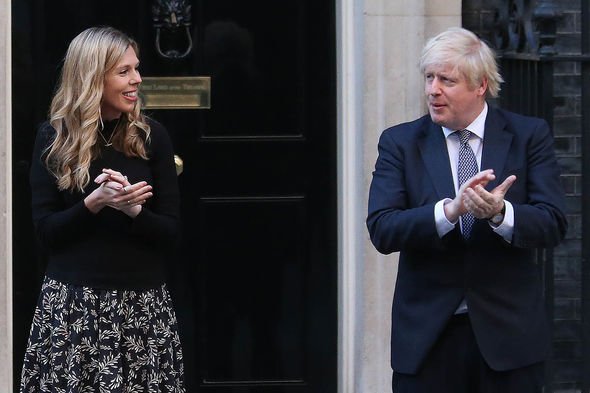 Guests attending the ceremony are expected to have included Mr Johnson’s father, Stanley, and his sister Rachel.

The couple became engaged on the island of Mustique in late 2019 and welcomed their son in April 2020.

Wilfred was born just a few weeks after Mr Johnson was released from hospital after being treated for Covid in intensive care.

Mr and Mrs Johnson confirmed the bride would take the PM’s surname ahead of the wedding. 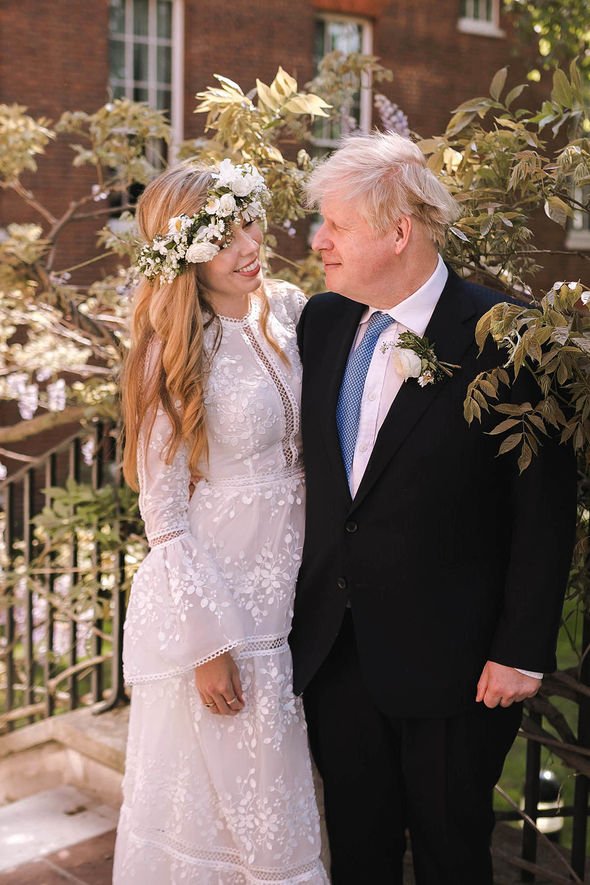 Will Boris and Carrie have a honeymoon?

The Prime Minister and his new bride are expected to delay their honeymoon by a year.

However, the couple did spend some precious time together and the PM returned to work after two days away with Carrie over the bank holiday weekend.

It is not known where the couple chose to spend these two days, but Downing Street confirmed the PM was “back at work” on Tuesday. 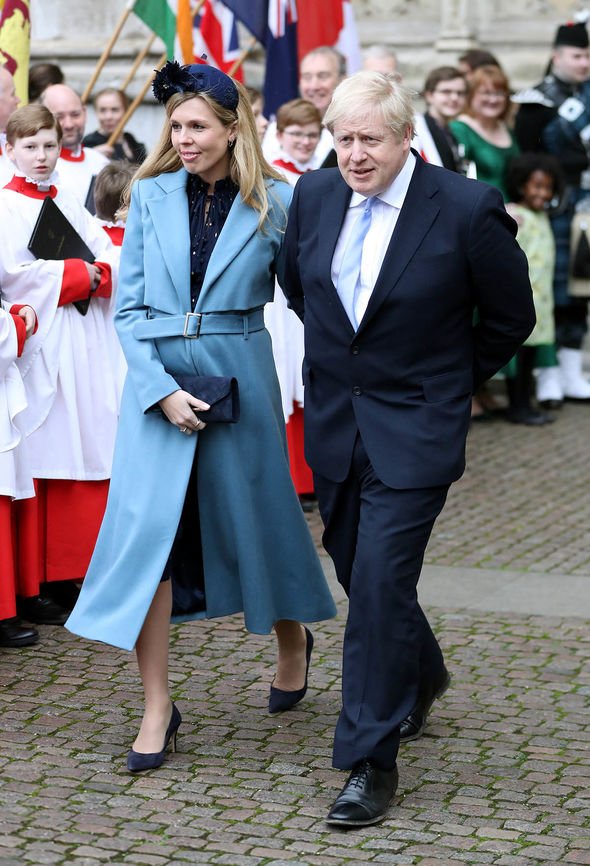 The couple is also expected to hold a belated, larger wedding celebration in 2022 as well.

Last week reports emerged claiming the couple had issued several save-the-dates for a wedding ceremony due to be held on Saturday, July 30, 2022.

By next year it is not currently known what restrictions may or may not be in place regarding travel and therefore there has not yet been any indication where the couple may choose to visit.

However, a popular bar in Benidorm has offered to host the PM and his new bridge for a week if he puts Spain on the green travel list.

The Corner Bar in Spain made a direct personal appeal to Mr Johnson in the wake of his wedding announcement.

“Put us on your Green List next week and we’ll sort your honeymoon out in Benidorm.

“We’ll even throw in a Full English every morning. You know you’d love a bit of Beni.”