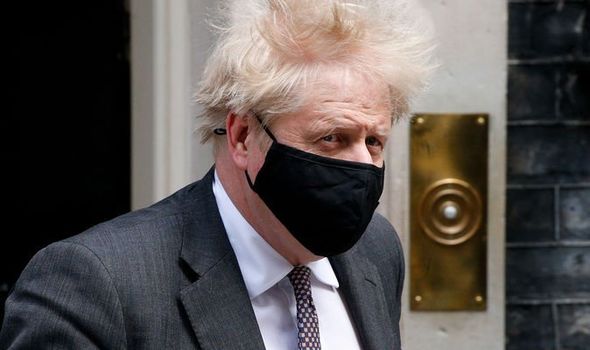 Questions have been growing in recent weeks over who funded the makeover of the No11 residence the Prime Minister shares with his fiancee.

The Prime Minister is given an allowance of £30,000 per year to redesign his apartment, with any costs on top expected to be met by Mr Johnson personally.

No10 insists Mr Johnson has personally paid for the renovations, but it is thought he may have received a loan from the Conservative party to cover the cost.

Any such loan from the Conservative Party must be declared in order to comply with electoral law.

The electoral commission said it was launching a probe after becoming “satisfied” an offence may have been committed.

In a statement the watchdog said: “We are now satisfied that there are reasonable grounds to suspect that an offence or offences may have occurred.

“We will therefore continue this work as a formal investigation to establish whether this is the case.”

If the commission concludes Mr Johnson acted unlawfully it could hit the Prime Minister with a £200,000 fine.

Pressure would also mount on the Conservative Party leader to resign from office.

In a carefully worded statement released yesterday, a spokesperson for Mr Johnson said money from the Conservative Party is not currently being used to pay for the refurbishments, but only referenced “this year”, failing to clear up if funding had been used in the past.

“Any costs of wider refurbishment this year beyond those provided for by the annual allowance have been met by the prime minister personally,” the spokesperson said.

“Conservative Party funds are not being used for this.”

The ministerial code which all members of Government are expected to abide by also requires MPs in office to declare any personal interests, including financial.

It states any financial dealings must be declared to “ensure that no conflict arises, or could reasonably be perceived to arise, between their public duties and their private interests, financial or otherwise”.

The MPs’ register of interests, which is released every month, was published earlier this week but contained no new entries for Mr Johnson.