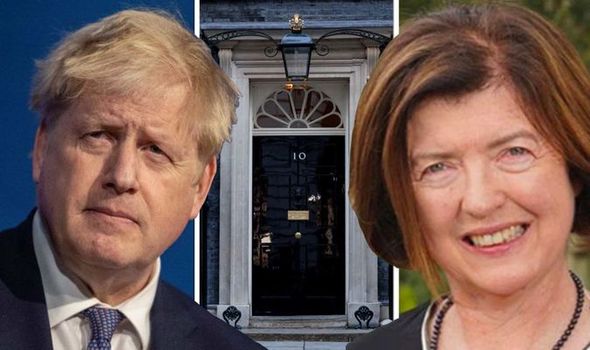 The Prime Minister is braced for the findings of a probe into lockdown rule-breaking parties in Downing Street to come as early as Tuesday.

But Cabinet colleagues gave strong support for his premiership amid frenzied speculation about the contents of the report.

Transport Secretary Grant Shapps said: “The Prime Minister recognises the need for change in the Downing Street operation and, with that change, he can lead this country to the brighter future he wants for everyone.”

Mr Shapps, who is helping Mr Johnson to steady the ship after months of turmoil, said the Prime Minister can bring the country together in a way others cannot.

He said: “There’s no doubt in my mind that the PM regrets deeply the hurt this affair has caused. I know the last thing he would want is to offend people who have followed the rules and suffered as a consequence.

“There is also no doubt in my mind that he has the ability to bring people together in a way that no other politician can. I know from personal experience what a tireless worker he is – an aspect of himself he never tries to sell. I will never forget how he tried to battle through his own encounter with Covid, continuing to work when it threatened his own health, and how he insisted on chairing Cabinet the day after his mother passed away.”

Mr Johnson is expected to head out on a visit tomorrow as he tries to keep the focus on the work the government is doing.

“Over the past two years, the Prime Minister has delivered Brexit and charted the country through Covid,” a government source said.

“His decisions have meant we were the fastest country in Europe to roll out a vaccine, and we have also been able to open our economy more quickly than others. Our economy is now the fastest growing in the G7.

“He’s getting on with the job of levelling up the country, tackling the backlogs and dealing with threats such as Russia’s aggression on the border of Ukraine, where he regards the situation as gravely dangerous and is being briefed on a daily basis.”

Senior civil servant Sue Gray is expected to publish her report into claims of partying in Downing Street within days.

The inquiry has been expanded to include allegations that parties were held in the flat the Prime Minister shares with wife Carrie and their two children in No 11 Downing Street.

It follows claims that two government advisers who are friends of Mrs Johnson visited the private flat on a number of occasions during lockdown, reportedly for work reasons.

Dominic Cummings is reportedly being interviewed tomorrow about what he knows about lockdown rules breaking in Downing Street.

The PM’s former aide has become one of his most fervent critics and Tories fear he will continue to make damaging allegations about a range of activities in No 10 even after the party probe has been dealt with.

Mr Johnson will be given a few hours to look at Ms Gray’s report ahead of publication and will then make a statement in the Commons.

He is likely to face up to two hours of questions about its findings from MPs.

A senior Tory said the Prime Minister had been “contrite” in recent meetings with backbenchers.

The veteran said Mr Johnson will need to “eat some more humble pie” once the report is published and clear out the Downing Street operation because it lacks experience and political nous.

But the MP predicted he would survive a confidence vote.

Many Conservatives have said they will wait until the report is published to decide whether to submit a letter to force a ballot.

If 54 are given to Sir Graham Brady, chairman of the 1922 committee of Tory backbenchers, it will trigger the confidence vote.

Deputy Prime Minister Dominic Raab said Tory MPs are rallying behind Boris Johnson ahead of publication of the report.

“There is a rallying of support behind the Prime Minister, you could feel it in the chamber,” Mr Raab said.

“I think the reason is the booster campaign has been so successful, we are coming out of the lockdown measures, we are opening up the economy. These are all because of the calls the Prime Minister has made.”

Mr Raab said there would be  “full transparency” around the publication of the report.

“The process for it will be for the Prime Minister to decide,” he said.

Culture Secretary Nadine Dorries said the UK gave the first vaccine, has more people boosted, more antivirals and more tests than the European Union, 420,000 more people in work than March 2020 and Germany is now introducing more restrictions “as we are almost free”.

“Boris made the big decisions, he’s the one to thank,” she said.

Tory MP Jane Stevenson said although she has met constituents who are very upset about the party claims, she has met many more over the weekend who “really don’t care”.

“They want to move on, they want to see the government getting on with what they elected it to do.

“I think there is a sense of a media plot or people getting their grudges out against the PM and I think they really are fed up of hearing about it.”