Boris Johnson has been urged to explain how he could afford to give a 40% pay hike to his ex-aide Dominic Cummings and also spend millions on a new TV studio – but only give nurses a 1% salary increase.

Ministers have previously said a 1% rise for NHS staff is “the most” the government can afford due to the economic cost of the COVID-19 crisis.

But the row has prompted the Royal College of Nursing (RCN) to set up a £35m strike fund in a warning of industrial action. 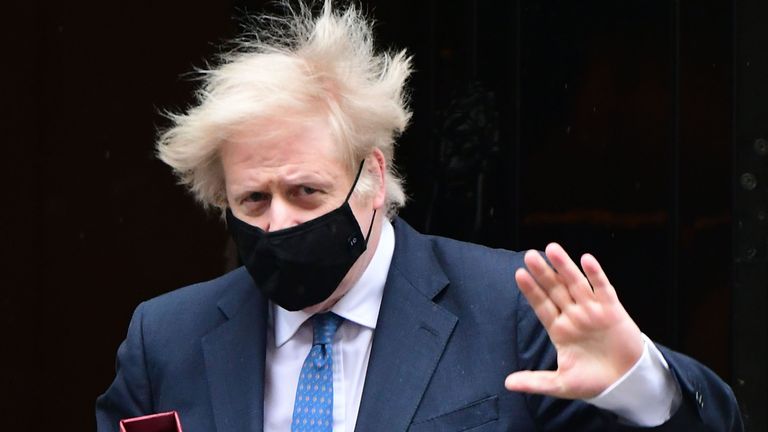 Sir Keir claimed the prime minister had “clapped for carers” during the pandemic and then “shut the door in their face at the first opportunity”.

Speaking at Prime Minister’s Questions, the Labour leader told Mr Johnson that nurses’ pay had fallen in real terms by more than £800 since 2010.

“How on Earth does he justify that?”

Sir Keir also highlighted the government’s investment in a new TV studio in Downing Street, as well as reports of Mr Johnson’s spend on refurbishing the flat he shares with his fiancée Carrie Symonds above Number 11.

He added: “There are currently 40,000 nursing vacancies and 7,000 doctors vacancies. How on Earth does he think a pay cut will solve that?

“Frankly, I’d take the prime minister a bit more seriously if he hadn’t spent £2.6m of taxpayers’ money on a Downing Street TV studio or £200,000 on new wallpaper for his flat.

“They say charity starts at home but I think the prime minister is taking it a bit too literally.” The Labour leader accused the prime minister of having broken a promise that the “NHS wouldn’t pay the price for this pandemic”.

And he challenged Mr Johnson to “show some courage” and put the issue of NHS pay to a vote in the House of Commons.

In response, the prime minister noted both he personally – following his spell in intensive care last year with coronavirus – and the wider public “owe a massive debt” to NHS nurses.

He said: “What the public knows is that we’re increasing starting pay for nurses by 12.8% over the last three years.

“They know that this government in the last year has put another £5,000 bursary into the pockets of nurses because we support them and as well as the £3,000 extra for training.”

Subscribe to the All Out Politics podcast on Apple Podcasts, Google Podcasts, Spotify, Spreaker

Suggesting that a 1% pay offer to nurses wasn’t a settled issue, Mr Johnson added: “And, of course, it’s very important that the public sector pay review body should come back with its proposals and we will of course study them.

“It is thanks to the investment made by this government that there are 49,000 more people in the NHS this year than last year, 10,600 more nurses helping to relieve the burden on our hard-pressed nurses.

“That is what this government is investing in.”

In response to suggestions the government was backtracking on previous promises of a 2.1% pay rise for NHS staff, Mr Johnson claimed Labour MPs had voted against NHS funding commitments in January last year.

But, immediately after PMQs, Labour’s shadow health secretary Jonathan Ashworth attempted a point of order to state that was “not the case” and to call on Mr Johnson to correct his claims.

Commons Speaker Sir Lindsay Hoyle said: “It is certainly a point of clarification – that part has been achieved.”

Downing Street indicated that Mr Johnson would not apologise or correct the record, but did not dispute that he was incorrect.

After the exchanges in the Commons, the prime minister’s press secretary Allegra Stratton told reporters: “The key thing is that this was dealt with swiftly and the Speaker – who has enormous respect and authority in parliament – regards it as a point of clarification and it has now been dealt with.”

She denied that Mr Johnson had a problem with facts.