The now former Prime Minister Boris Johnson almost got his wife Carrie knocked out by a lamppost while on he was on his way to a cab waiting for the couple. Mr Johnson dragged Carrie away when she was still trying to wave goodbye to a crowd of people. Seconds before hitting the lamppost, she noticed it and walked away from it, seemingly dragged by Mr Johnson.

Boris Johnson was bidding farewell to the crowd, with Carrie kissing goodbye. But the former Prime Minister made an abrupt exit, holding Carrie by the hand and dragging her to the cab waiting for them.

Turning back one last time to the crowd, Carrie seemed to be about to hit the lamppost but steered clear from it at the very last minute.

The couple then proceeded to be photographed in Mr Johnson’s very last moment as Prime Minister before getting into the Land Rover. Footage shows the car leaving Downing Street and making its way towards the exit under a ray of radiant sunshine.

The near miss happened after Boris Johnson paid a final farewell to the British people as Prime Minister.

In his final speech, Boris Johnson praised his track record as Prime Minister for “getting Brexit done”, rolling out the COVID-19 vaccine programme, and resisting Vladimir Putin’s war in Ukraine. 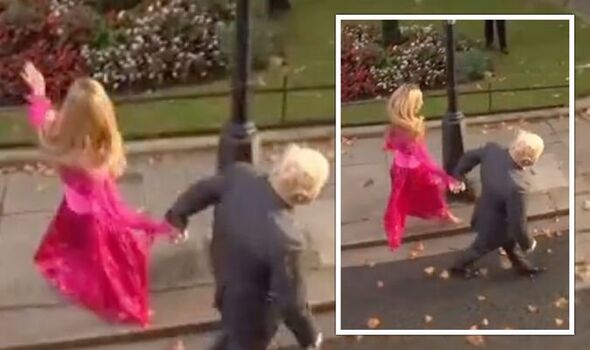 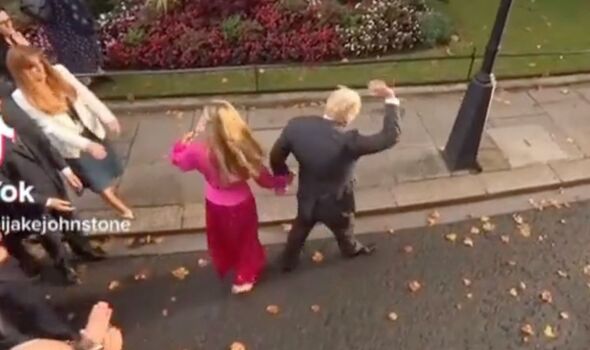 He hailed his Government’s record on the economy, claiming unemployment figures are now lower than at any time since he was “about 10 years old and bouncing around on a space hopper”.

He expressed confidence in his “compassionate” successor Liz Truss and said she would get the nation through the energy crisis.

Now, the former Prime Minister is heading to Aberdeen, the first leg of his journey to Balmoral to visit the Queen.

Mr Johnson is expected to meet the Queen as well as Liz Truss who will be sworn in as the new Prime Minister. 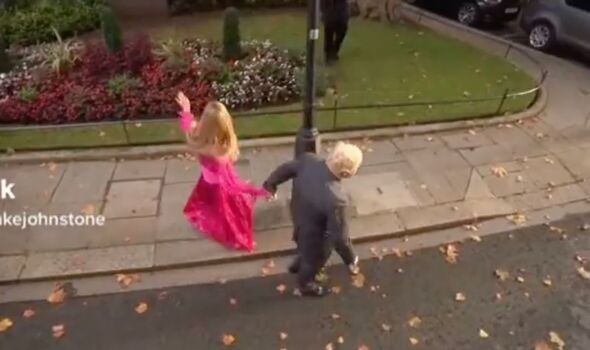 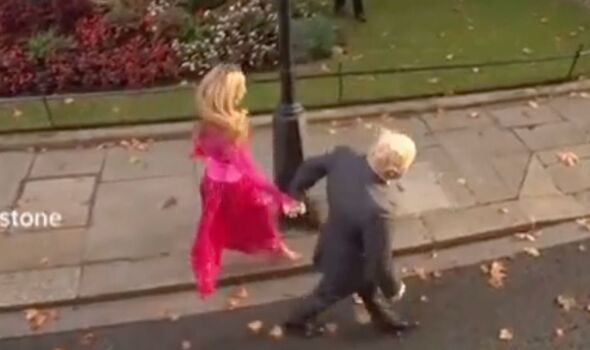 After Boris Johnson’s three tumultuous years in power, Liz Truss is inheriting crises on multiple fronts like the NHS crisis, the cost-of-living crisis, the energy crisis, and a looming recession.

Only a few hours into the job, the new Prime Minister already has a packed schedule.

Following her visit to the Queen, the new Prime Minister will fly back to London to give a speech outside Downing Street. 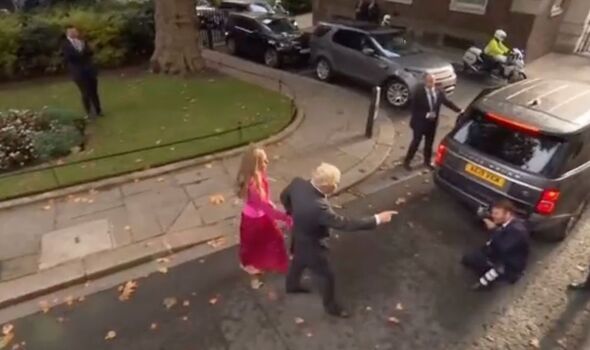 Ms Truss is expected to lay out her Government’s key priorities and then set to start naming her cabinet members.

According to a list leaked by The Sunday Times’ Tim Shipman, the most prominent figures set to be in her cabinet are Ben Wallace staying as Defence Secretary, Brandon Lewis taking on the Justice portfolio, Nadine Dorries remaining in her post as Culture Secretary, Jacob Rees-Mogg moving to the Business Secretary position, and Suella Braverman as Home Secretary.

Prime Minister Truss has also pledged to come up with an energy plan within her first week in office, as Britons are bracing for sky-high energy bills this winter.

READ NEXT:
Osborne tips Boris Johnson for comeback
‘Where are Labour going wrong?’ Rayner grilled over leadership record
Mansfield locals rage at Tories as Tories as Boris bows out of No10
Rees-Mogg’s eldest son makes political debut as he joins Boris speech
‘They changed the rules!’ Boris Johnson’s final jab as he exits No10